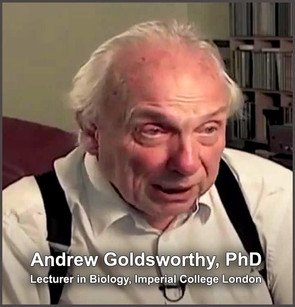 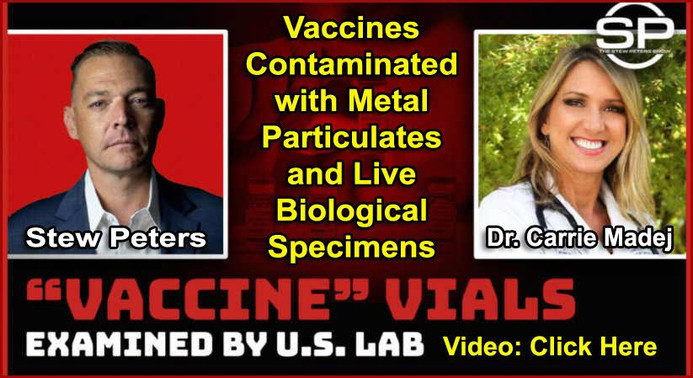 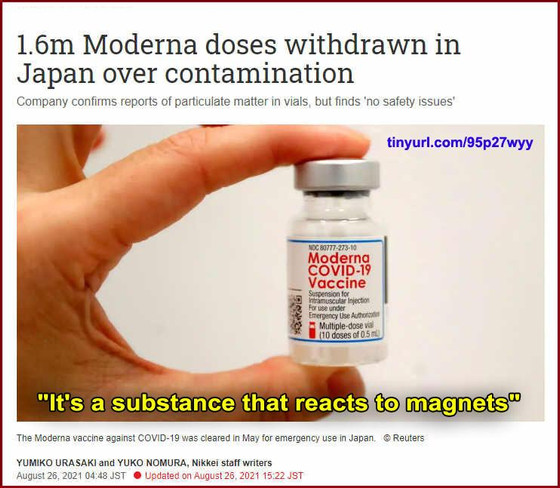 NIKKEI ASIA - TOKYO/ NEW YORK 8/26/21:   -- About 1.6 million doses of Moderna's coronavirus vaccine have been taken out of use in Japan because of contamination reported in some vials, the Ministry of Health, Labor and Welfare said early Thursday.  Several vaccination centers have reported that vaccine vials contained foreign matter, according to an announcement from the ministry, which added it will seek to minimize the impact of the withdrawal on the country's inoculation program.  The ministry said later in the day that the substance that had been mixed in may have been metal. "It's a substance that reacts to magnets," a ministry official said. "It could be metal." 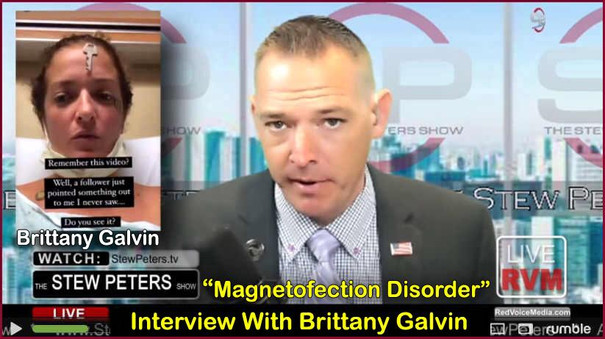 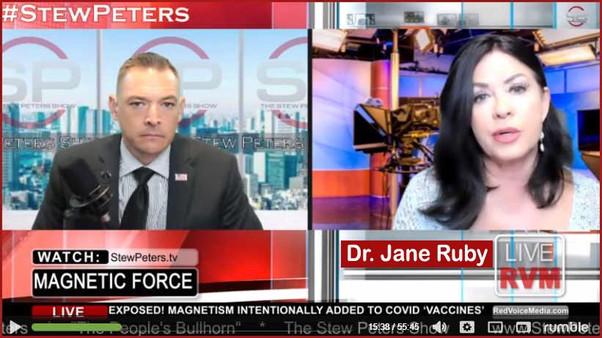 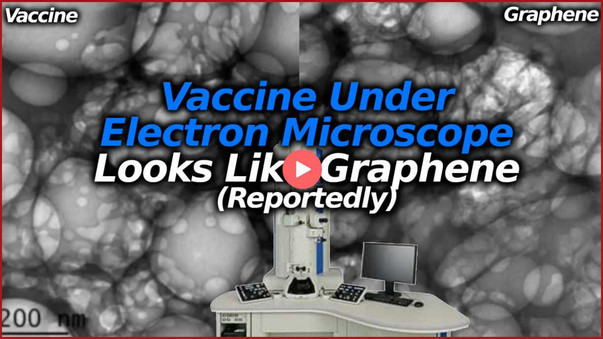 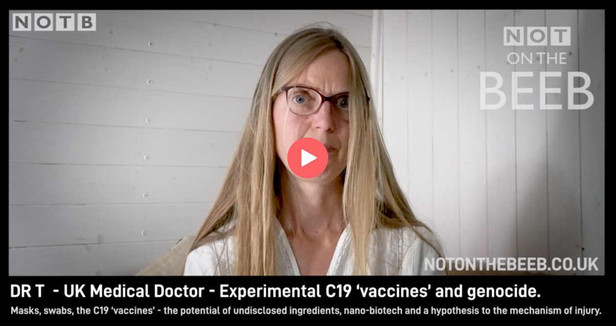 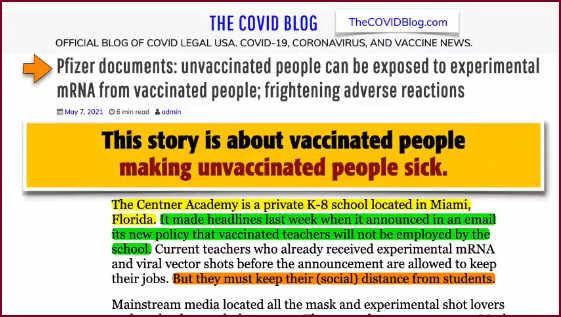 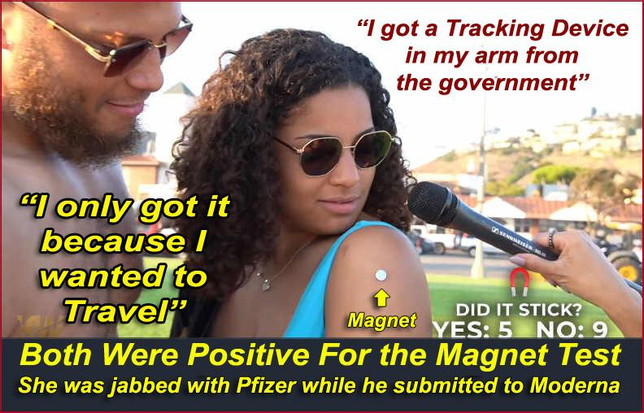 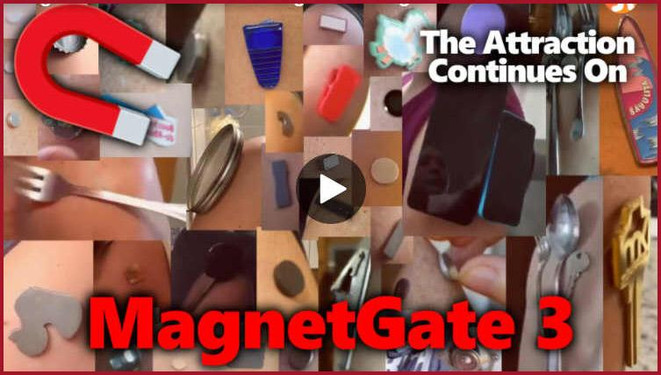 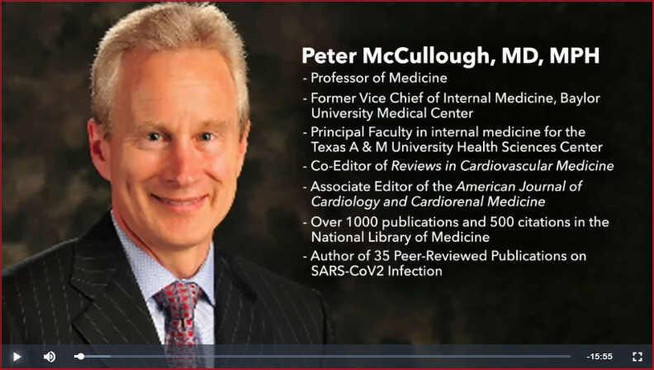 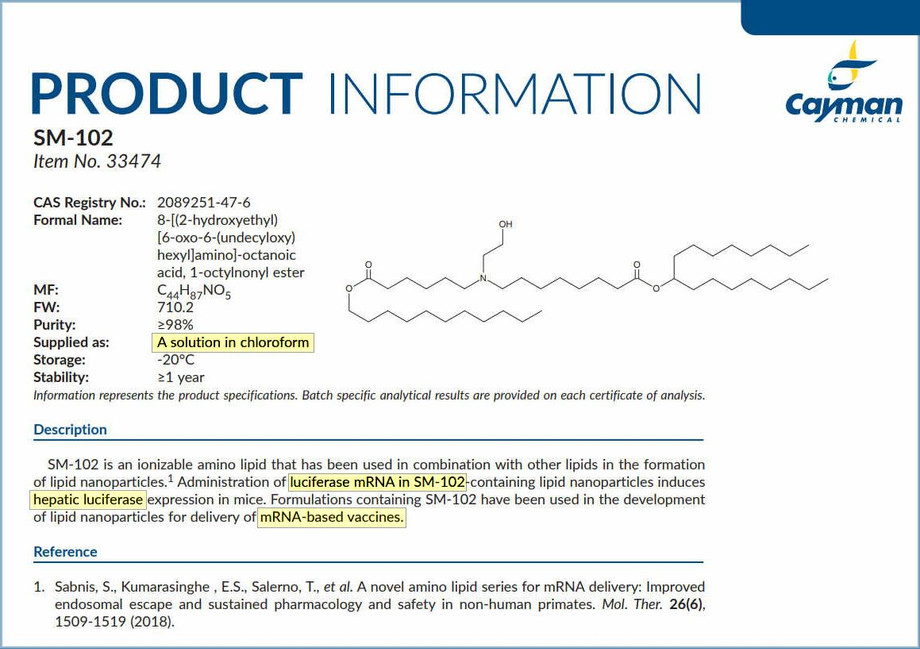 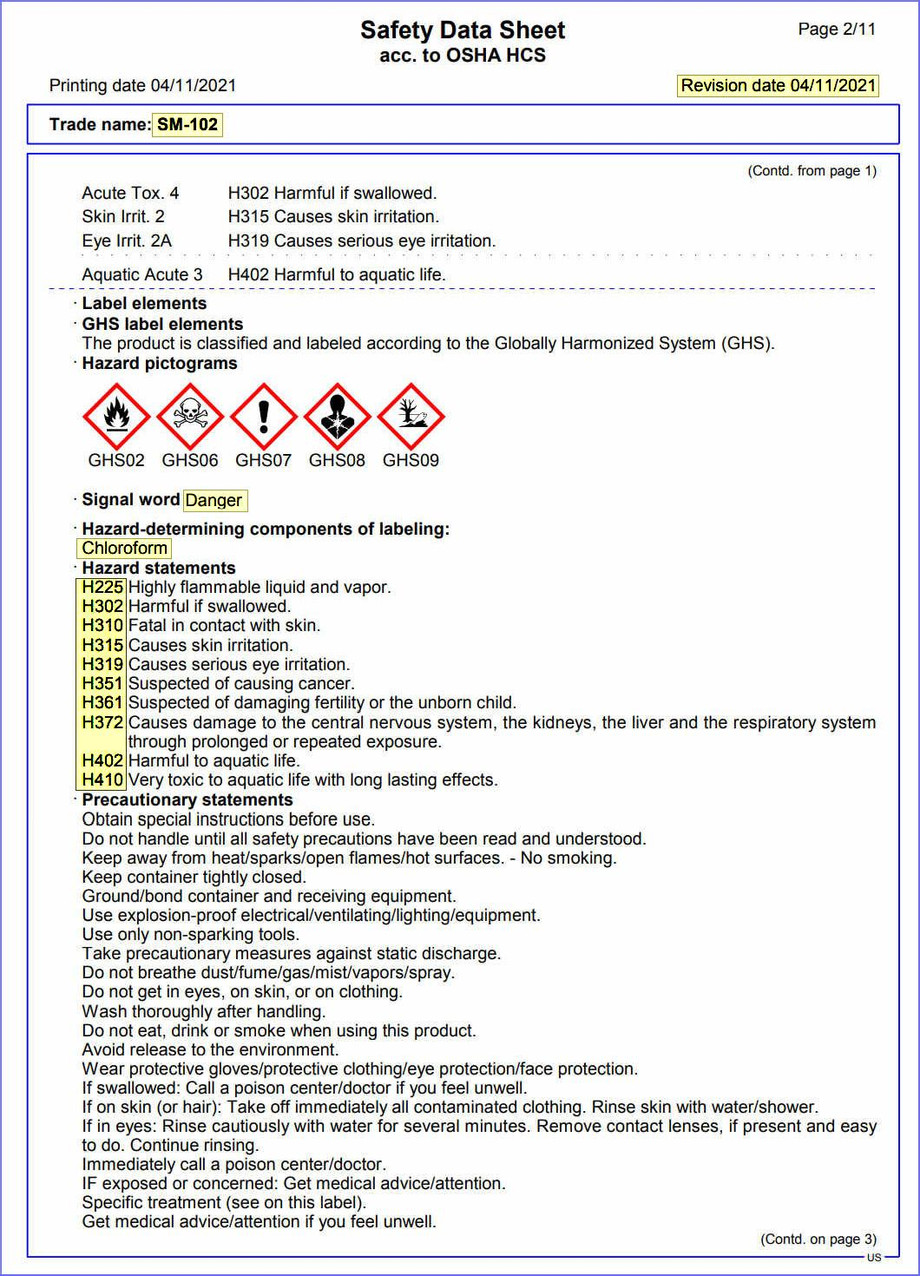 9/25/2019:  If scientists could give living cells magnetic properties, they could perhaps manipulate cellular activities with external magnetic fields. But previous attempts to magnetize cells by producing iron-containing proteins inside them have resulted in only weak magnetic forces. Now, researchers reporting in ACS’ Nano Letters have engineered genetically encoded protein crystals that can generate magnetic forces many times stronger than those already reported.

ABSTRACT:  Magnetogenetics is emerging as a novel approach for remote-controlled manipulation of cellular functions in tissues and organisms with high spatial and temporal resolution. A critical, still challenging issue for these techniques is to conjugate target proteins with magnetic probes that can satisfy multiple colloidal and biofunctional constraints. Here, semisynthetic magnetic nanoparticles are tailored based on human ferritin coupled to monomeric enhanced green fluorescent protein (mEGFP) for magnetic manipulation of proteins inside living cells. This study demonstrates efficient delivery, intracellular stealth properties, and rapid subcellular targeting of those magnetic nanoparticles via GFP–nanobody interactions. By means of magnetic field gradients, rapid spatial reorganization in the cytosol of proteins captured to the nanoparticle surface is achieved. Moreover, exploiting efficient nanoparticle targeting to intracellular membranes, remote-controlled arrest of mitochondrial dynamics using magnetic fields is demonstrated. The studies establish subcellular control of proteins and organelles with unprecedented spatial and temporal resolution, thus opening new prospects for magnetogenetic applications in fundamental cell biology and nanomedicine.

The endeavor to understand the relationship between observed behaviors and underlying brain activity has important implications for the treatment of many diseases in humans and has thus played a central part in neuroscience. To investigate how the patterns of firing in the brain’s neurons make possible the execution of specific behaviors, it is necessary not only to record brain activity but also to be able to precisely and deliberately manipulate this activity in animal models.

In this article, we will focus on an exciting new paradigm for the manipulation of neural activity: magnetogenetics. We will discuss historical methods for controlling activity in the brains of humans and model organisms, including more traditional techniques such as electrical stimulation, and newer techniques such as optogenetics, before examining in detail how magnetogenetics compares to these, and what experimental evidence exists to validate its use.

(Nanowerk Spotlight) Superparamagnetic iron oxide nanoparticles (SPIONs) are emerging as promising candidates for various biomedical applications such as enhanced resolution imaging or targeted drug or gene delivery due to their biocompatibility, low cost of production, ability to immobilize biological materials on their surfaces, and potential for direct targeting using external magnets. Over the past few years, researchers demonstrated that magnetofection is an appropriate tool for rapid and specific gene transfection with low dose in vitro and site-specific in vivo applications.
In new work, scientists in Australia have now successfully demonstrated the use of magnetofection for the delivery of malaria DNA vaccine.

Magnetogenics Goes Deep Into the Brain

The ability to control things with magnetic fields is no longer restricted to the mischief of comic book villains. Using synthetic biology to figure out just what neurons do has always been a tricky task, because it has been limited by requiring invasive surgery (optogenetics) or slow on-off kinetics (drugs). But now magnetogenetics emerges as a new alternative!

Current neuromodulation techniques such as optogenetics and deep-brain stimulation are transforming basic and translational neuroscience. These two neuromodulation approaches are, however, invasive since surgical implantation of an optical fiber or wire electrode is required. Here, we have invented a non-invasive magnetogenetics that combines the genetic targeting of a magnetoreceptor with remote magnetic stimulation. The non-invasive activation of neurons was achieved by neuronal expression of an exogenous magnetoreceptor, an iron-sulfur cluster assembly protein 1 (Isca1). In HEK-293 cells and cultured hippocampal neurons expressing this magnetoreceptor, application of an external magnetic field resulted in membrane depolarization and calcium influx in a reproducible and reversible manner, as indicated by the ultrasensitive fluorescent calcium indicator GCaMP6s. Moreover, the magnetogenetic control of neuronal activity might be dependent on the direction of the magnetic field and exhibits on-response and off-response patterns for the external magnetic field applied. The activation of this magnetoreceptor can depolarize neurons and elicit trains of action potentials, which can be triggered repetitively with a remote magnetic field in whole-cell patch-clamp recording. In transgenic Caenorhabditis elegans expressing this magnetoreceptor in myo-3-specific muscle cells or mec-4-specific neurons, application of the external magnetic field triggered muscle contraction and withdrawal behavior of the worms, indicative of magnet-dependent activation of muscle cells and touch receptor neurons, respectively. The advantages of magnetogenetics over optogenetics are its exclusive non-invasive, deep penetration, long-term continuous dosing, unlimited accessibility, spatial uniformity and relative safety. Like optogenetics that has gone through decade-long improvements, magnetogenetics, with continuous modification and maturation, will reshape the current landscape of neuromodulation toolboxes and will have a broad range of applications to basic and translational neuroscience as well as other biological sciences. We envision a new age of magnetogenetics is coming.

Possible magneto-mechanical and magneto-thermal mechanisms of ion channel activation in magnetogenetics
Abstract:  The palette of tools for perturbation of neural activity is continually expanding. On the forefront of this expansion is magnetogenetics, where ion channels are genetically engineered to be closely coupled to the iron-storage protein ferritin. Initial reports on magnetogenetics have sparked a vigorous debate on the plausibility of physical mechanisms of ion channel activation by means of external magnetic fields. The criticism leveled against magnetogenetics as being physically implausible is based on the specific assumptions about the magnetic spin configurations of iron in ferritin. I consider here a wider range of possible spin configurations of iron in ferritin and the consequences these might have in magnetogenetics. I propose several new magneto-mechanical and magneto-thermal mechanisms of ion channel activation that may clarify some of the mysteries that presently challenge our understanding of the reported biological experiments. Finally, I present some additional puzzles that will require further theoretical and experimental investigation.

"Magnetic nanoparticles-based MRI contrast agents show that they can monitor biological process, target them to specific targets in the tissue environment."

Hypothesis:  Migration of spike protein away from the intended injection site in the arm could be due to the presence of SPIONs in the injection that direct the destructive spike proteins into various organs including the arteries, heart, brain, liver, spleen, ovaries and kidneys.

A more precise method would be to survey the injection site and other epidermis terrain using a Gaussmeter whereby errors of detection due to weak magnetic attraction and/or the excess weight of various non-standard types of magnets would be less likely. (Source)

Numerous videos demonstrate unexplained magnetism at the vaccination site and other areas of the body including the upper torso, the upper back, arms, neck, nose and cranium.

It should be noted that neither the Moderna or Pfizer product lists SPIONs as an ingredient and may violate the Nuremberg rule of "Informed Consent".