Thorium Power Is the Safer Future of Nuclear Energy 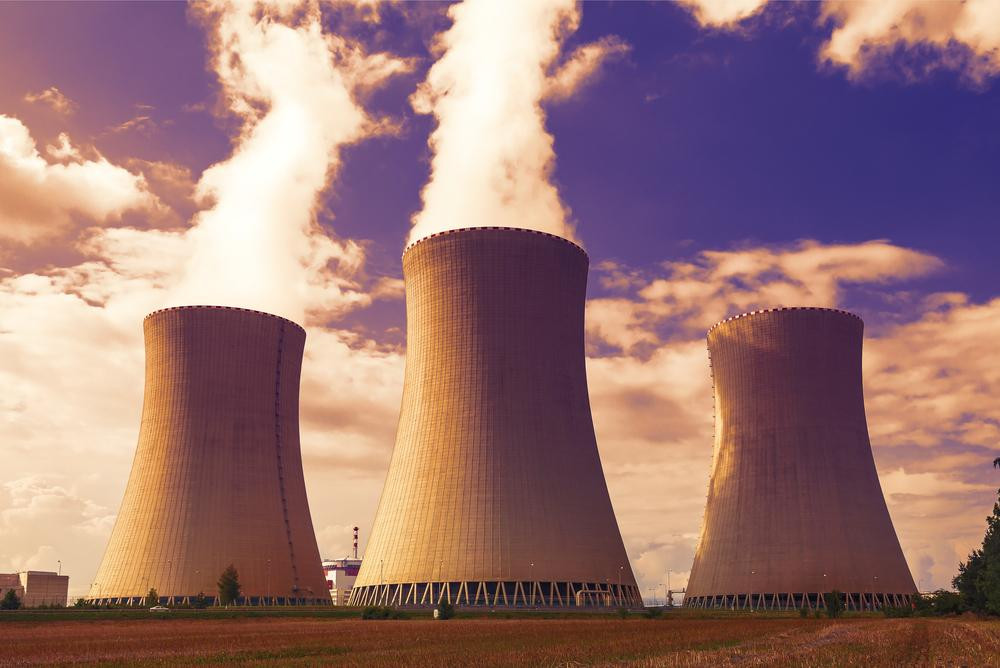 Nuclear power has long been a contentious topic. It generates huge amounts of electricity with zero carbon emissions, and thus is held up as a solution to global energy woes. But it also entails several risks, including weapons development, meltdown, and the hazards of disposing of its waste products.

But those risks and benefits all pertain to a very specific kind of nuclear energy: nuclear fission of uranium or plutonium isotopes. There’s another kind of nuclear energy that’s been waiting in the wings for decades – and it may just demand a recalibration of our thoughts on nuclear power.

Nuclear fission using thorium is easily within our reach, and, compared with conventional nuclear energy, the risks are considerably lower.

Ideas for using thorium have been around since the 1960s, and by 1973 there were proposals for serious, concerted research in the US. But that program fizzled to a halt only a few years later. Why? The answer is nuclear weapons. The 1960s and ’70s were the height of the Cold War and weaponization was the driving force for all nuclear research. Any nuclear research that did not support the US nuclear arsenal was simply not given priority.

Conventional nuclear power using a fuel cycle involving uranium-235 and/or plutonium-239 was seen as killing two birds with one stone: reducing America’s dependence on foreign oil, and creating the fuel needed for nuclear bombs. Thorium power, on the other hand, didn’t have military potential. And by decreasing the need for conventional nuclear power, a potentially successful thorium program would have actually been seen as threatening to U.S. interests in the Cold War environment.

Today, however, the situation is very different. Rather than wanting to make weapons, many global leaders are worried about proliferating nuclear technology. And that has led several nations to take a closer look at thorium power generation.

The isotope of thorium that’s being studied for power is called Th-232. Like uranium, Th-232 comes from rocks in the ground.

A thorium reactor would work like this: Th-232 is placed in a reactor, where it is bombarded with a beam of neutrons. In accepting a neutron from the beam, Th-232 becomes Th-233, but this heavier isotope doesn’t last very long. The Th-233 decays to protactinium-233, which further decays into U-233. The U-233 remains in the reactor and, similar to current nuclear power plants, the fission of the uranium generates intense heat that can be converted to electricity.

To keep the process going, the U-233 must be created continuously by keeping the neutron-generating accelerator turned on. By contrast the neutrons that trigger U-235 fission in a conventional reactor are generated from the fuel itself. The process continues in a chain reaction and can be controlled or stopped only by inserting rods of neutron-absorbing material into the reactor core. But these control rods aren’t foolproof: their operation can be affected during a reactor malfunction. This is the reason that a conventional fission reactor has the potential to start heating out of control and cause an accident. A thorium fuel cycle, by contrast, can be immediately shut down by turning off the supply of neutrons. Shutting down the fuel cycle means preventing the breeding of Th-232 into U-233. This doesn’t stop the heating in the reactor immediately, but it stops it from getting worse.

The increased safety of thorium power does not end there. Unlike the U-235 and plutonium fuel cycles, the thorium reactors can be designed to operate in a liquid state. While a conventional reactor heading to meltdown has no way to jettison the fuel to stop the fission reactions, a thorium reactor design called LFTR features a plug at the bottom of the reactor that will melt if the temperature of the reacting fuel climbs too high. If that happens the hot liquid would all drain out and the reaction would stop.

Thorium power has other attractions, too. Its production of nuclear waste would be orders of magnitude lower than conventional nuclear power, though experts disagree about exactly how much: Chinese researchers claim it’s three orders of magnitude (a thousandth the amount of waste or less), while U.S. researchers say a hundredth the amount of waste.

Thorium would be easier to obtain than uranium. While uranium mines are enclosed underground and thus very dangerous for the miners, thorium is taken from open pits, and is estimated to be roughly three times as abundant as uranium in the Earth’s crust.

But perhaps the most salient benefit of thorium power, in our geopolitically dicey world, is that the fuel is much harder to turn into a bomb. Thorium itself isn’t fissile. The thorium fuel cycle does produce fissile material, U-233, which theoretically could be used in a bomb. But thorium would not be a very practical route to making a weapon, especially with LFTR technology. Not only would the proliferator have to steal the fissile U-233 as hot liquid from inside the reactor; they’d also be exposed to an extremely dangerous isotope, U-232, unless they had a robot to carry out the task.

China has announced that its researchers will produce a fully functional thorium reactor within the next 10 years. India, with one of the largest thorium reserves on the planet but not much uranium, is also charging ahead. Indian researchers are planning to have a prototype thorium reactor operational early next year, though the reactor’s output will be only about a quarter of the output of a typical new nuclear plant in the west. Norway is currently in the midst of a four-year test of using thorium fuel rods in existing nuclear reactors.

Other nations with active thorium research programs include the United Kingdom, Canada, Germany, Japan, and Israel.

There are some drawbacks to thorium fuel cycles, but they are highly technical. For instance, thorium reactors have been criticized as potentially having more neutron leak compared with conventional reactors. More neutron leak means more shielding and other protection is needed for workers at the power plant. And as in most types of alternative energy, thorium power faces a lack of funding for research and of financial incentives for power companies to switch over.

In recent decades, stories about safe, green nuclear power in popular media have tended to focus on the quest for nuclear fusion. Certainly, we can expect, and should hope, for continued progress toward that type of power. But while that happens, the investments by China, India, and other countries suggest that thorium is en route to contribute to the grid in the near term – and to dramatically improve the world’s energy sustainability in the process.

More on this topic