The Crises That Could Bring Down Putin

This Week in Geopolitics By George Friedman August 15, 2016

This week, Russian President Vladimir Putin did three very interesting things. First, he fired his long-time aide and chief of staff, Sergei Ivanov, and moved him to a lower position. A few weeks earlier, Putin fired at least three regional governors and replaced them with his personal bodyguards. Removing that many governors is a bit odd. Replacing them with his bodyguards is very odd. Then removing someone as close to him as Ivanov is extremely odd.

Second, Russia raised pressure on Ukraine. The Russians claimed that Ukrainian special forces attacked Russian-held Crimea. They announced that they had sent S-400 anti-air missiles to Crimea. With a 250-mile range, these missiles can reach deep into Ukraine. There were also persistent reports of Russian troop movements along Russia’s western border with Ukraine. An unconfirmed report claimed that a Russian brigade moved into territory held by rebels in Eastern Ukraine.

Finally, Putin has shown some signs that he is prepared to force Armenia to return parts of Nagorno-Karabakh, a contested region, to Azerbaijan. 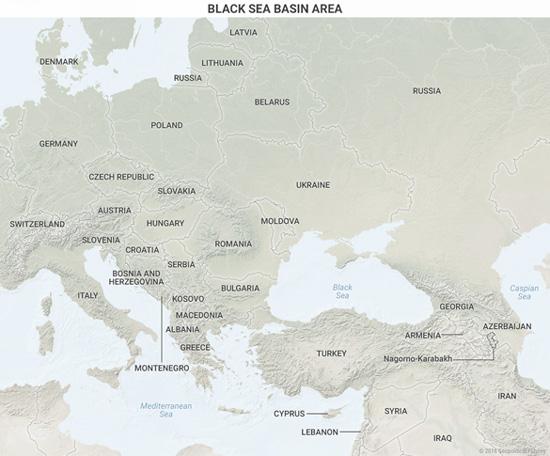 Armenia is hostile toward Turkey over what it calls the Armenian genocide and Turkey’s unwillingness to apologize for it. Armenia is historically a close Russian ally, with Russian troops stationed in the country. After Turkish President Recep Tayyip Erdoğan’s visit to Moscow, Putin met with Armenian President Serzh Sargsyan and gave him the news.

This is a radical change in Russian policy. For the moment, it pleases Turkey—and especially Azerbaijan—but appears as if Russia is abandoning a long-time ally. This move gives pause to anyone planning on allying with Russia. Even stranger, it seems that Turkey has not made any equivalent concession in return.

Putin is purging his office and leadership throughout Russia. He is making large foreign policy concessions at the expense of close allies for no visible advantage. He is ramping up a crisis in Ukraine. He is acting strangely and likely has a reason. Putin is seen as an aggressive absolute dictator, a reputation he wants to cultivate. But the truth has always been far more complex. Now, it is getting even more convoluted.

Begin with the fact that Putin has two huge problems. I have already written about how Russia’s economy has been in freefall since oil prices dropped. Last week, Russia released its Q2 GDP estimate that showed a slowing in economic contraction. That is good news, in a way.

The second problem is his failure in Ukraine. The West sees him as the aggressor there, which he was. Yet, the tale began with Western-backed protesters that ousted a pro-Russian government and replaced it with a pro-Western one.

Putin seized formal control of Crimea, where Russia already had broad informal control through its large military presence. He tried to incite an uprising in eastern Ukraine but failed. The Russian-backed rebels were forced to a stalemate by Ukrainian troops. Putin became aggressive after he suffered a grievous reversal in Ukraine, but it didn’t get him what he wanted.

Within Russia, the sense of a national security threat eclipsed the economic crisis. The onset of such a threat spawns huge support for a country’s leader (the same is seen in the US). That support, however, fades as time passes and no solutions are found. It has been two years since the twin crises happened. Putin’s support will inevitably erode.

Putin has two layers of support. One is public opinion, which is not trivial, but in the end not necessarily decisive. The other is the elite, which in Russia consists of oligarchs and the intelligence apparatus. During the collapse of the Soviet Union, these two groups meshed in a mutually beneficial way.

These groups are turbulent internally, with infighting among the wealthy oligarchs and the FSB intelligence service feuding. Putin has cracked down on some oligarchs who were seen as a threat to his power. Structurally, though, there is a coalition of elites in Russia to whom Putin must answer.

Boris Yeltsin—Putin’s predecessor—was deposed by a coalition of elites because he had allowed the economy to virtually disintegrate and the United States to humiliate Russia during the Kosovo war.

Putin was elevated to leadership to repair the economy and restore Russia’s status as a great power. For Russians, this means a great deal. They have a collective memory of what Stalin’s lack of preparedness in World War II did to them.

Russia on a Precipice

Until 2014, Russia seemed to be doing well. Beneath the surface, however, things were not going that well. Economically, Putin had failed to use oil revenue when prices were high to build a real economy. Strategically, Russia’s intelligence and military capability was not even close to what it had been. But Putin pointed to Russia’s income, Europe’s fear of a gas cutoff, and Russia’s victory in Georgia as signs of success. Success, however tenuous, creates the illusion of prosperity.

It is now 2016, and the elite—and increasingly the public—are realizing that the economy is not going to recover. They see that slowing the economic decline is the best they can hope for. They also realize that Ukraine has not been secured, and that the grand foray into Syria is achieving what all grand forays into the Middle East achieve: stalemate.

The Russian situation was much better in 2013. There was no reason to question Putin’s leadership. What lurked under the surface could be ignored. Today, however, the wealthy are hurting. For example, Igor Sechin is head of the huge energy company Rosneft and influential in the FSB. Rosneft is now in bad shape, and I doubt that Sechin is happy about that. Multiply that unhappiness many times over and you get the picture.

This is not to say that Putin is without power. He has a powerful network of supporters, money, control of the security services, and so on. His problem is that the Russian elite are uneasy, and loyalties can shift. It is not paranoia to be uncertain about who remains loyal and who is plotting.

Putin is not nearly as powerful as Erdoğan, so using a coup to purge the entire country isn’t going to work because it might succeed. However, Putin can act on two principles. When he detects a threat, he can act against it very quickly. If he doesn’t detect a threat, he assumes one still exists.

In that case, he would destabilize any potential threat by removing key players or demoting them to positions with less authority. It could be that none of those fired or demoted were a threat, but it doesn’t matter. Everyone else will wonder. Further, Putin would replace the former players with people who never imagined they would attain such a high rank. They know that if anything happened to Putin, they would be back to standing in the cold.

That, I think, explains the firings and replacements. I think that Putin understands there is a threat, but is uncertain of its origin. His actions are a way to declare that he knows more than he actually does. As for his enemies, they must act in utter secrecy and come from a direction Putin doesn’t expect. To do that will not be easy. Putin is a smart guy who knows that someone must be thinking of toppling him.

Putin can disconcert his unknown enemies, but that will not be enough. He must also do something substantial, and that can only happen in the area of national security. He has been courting China for a significant alliance, but the Chinese don’t see how Russia can help them.

The coup in Turkey—and Erdoğan’s apology for the downing of a Russian jet—opened the door to a possibility. A strategic alliance with Turkey would disrupt the American containment policy and allow Russian influence in the Middle East to surge. Putin needs to convince Erdoğan to enter into such an alliance. As a down payment, he offered Armenia’s national interests. I doubt that Erdoğan is buying, but he will play it for all its worth to extract concessions from the Americans. In the meantime, Putin looks good in Russia at a time when he really needs to shine.

However, that ploy is too tenuous. Putin must address his Ukraine problem, and that is precisely what he is doing. In my view, the Russian military is still not in a position to move into and occupy Ukraine, even without resistance. And Putin at least knows it is not a slam dunk. His actions are meant to build the image of confronting the Ukrainians. It could mean war, as I might be underestimating either Russia’s military or Putin’s eagerness. But I think it is a prelude to negotiations.

What Putin wants is a neutral Ukraine, without Western weapons or guarantees. If Putin can force a negotiation and come away with a concession it will do wonders for his image. And he knows the Americans well enough to know they won’t negotiate until threatened. He is building his threat.

Putin’s problem is that he can’t do anything about the economy. Its decline is rooted in the collapse of energy and commodity prices. I suspect Putin knew he had to transform the Russian economy using energy revenue, but was never strong enough to do it. He was blocked by the elite who were quite happy making their money the easy way. And now he may have to pay the price.

The question of Putin’s personal future is of little consequence. Whoever replaces him will come from the same elite of the rich and the spies. Any newcomer will face the same problems with the same lack of options. And this is Putin’s highest card. The prize for anyone who would topple him is to become the leader of a country in deep economic and strategic crisis. It would be much easier to let Putin carry all the blame (and what little glory he can extract).

This is where Putin’s pre-emptive moves on personnel become dangerous. He may convince powerful people that they are in danger and might be forced to defend themselves. I suspect that Putin will survive until the end of his elected term. But fear makes politics unpredictable, and geopolitical analysis doesn’t work on the thinking of worried men drinking vodka to calm their nerves.