Brexit weekly briefing: May goes on tour to find out what it all means

Welcome to the first of the Guardian’s new-look weekly Brexit briefings – a reboot of our daily EU referendum email that ran during the campaign and the aftermath of the vote. Readers signed up for the daily email will continue to receive this new one; others can sign up afresh here.

“Brexit means Brexit,” as the prime minister, Theresa May, is reliably fond of saying. But a month after Britain voted to leave the EU, we still haven’t the first clue what Brexit might actually mean.

What we do know is that the UK’s divorce from the EU is not going to be a quickie. No one – bar Greenland, which has a population slightly smaller than Tunbridge Wells – has ever done it, and plainly no one thought it could happen.

That failing was lambasted last week by parliament’s foreign affairs select committee, which succinctly savaged the considered decision of David Cameron’s government not to do any contingency planning as “gross negligence”.

Nonetheless, in her ongoing quest to discover what Brexit might in fact mean, May visited Berlin, where she made clear – with the approval of the chancellor, Angela Merkel – that she would not be starting the formal two-year exit process before the end of 2016:

All of us need time to prepare for these negotiations and the UK will not invoke article 50 until our objectives are clear. 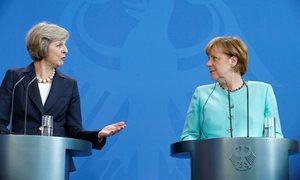 May and Merkel in Berlin. Photograph: Hannibal Hanschke/Reuters

But what exactly are our objectives? Having our cake and eating it, hopefully. Boris Johnson claimed on Sunday he had “absolutely no doubt” the Brexit dream of full single market access and control on free movement was achievable.

In Paris last week, May was told by the French president, François Hollande, that it was not:

It will be a choice facing the UK – to remain in the single market and assume the free movement that goes with it, or to have another status.

One possible status being aired is what has become known as “EEA-minus”, described by Rupert Harrison, a former adviser to George Osborne, as “a bit more immigration control and a bit less single market”.

Part of this cunning plan could be a “seven-year emergency brake” on EU immigration. But the mere hint of a “soft Brexit” (or “Brexit lite”) leaving Britain with less than 100% control over its borders has sent hard Brexiters into a spin, with the arch-Eurosceptic MP John Redwood tartly observing:

The UK did not recently vote for a slightly beefed up version of Mr Cameron’s attempted renegotiation with the EU. We voted to leave, to take back control of our laws, our money and our borders.

Both Hollande and Merkel also reiterated that no negotiations, formal or informal, could begin before the UK launched the exit procedure. And potentially fraught questions are now being asked about whether – as government lawyers insist – May can start the Brexit process herself, or must ask parliament.

At least seven private actions arguing the latter have been notified to the high court, with judge Brian Leveson observing last week that the question was of “great constitutional importance” and might, with luck and a following wind, reach the supreme court some time in December. 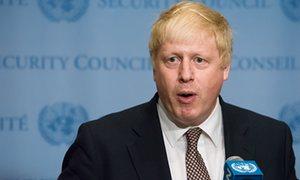 The UK economy, meanwhile, is already showing the strain. The first major business survey since the referendum suggested the economy is shrinking at the fastest rate since the peak of the financial crisis; the second showed UK manufacturers’ confidence at its lowest ebb since 2009.

All of which means the sequencing and precise terms of the exit talks – once they finally get under way – will be critical, with Britain urgently trying to persuade European leaders it must be allowed to negotiate exit terms at the same time as talking about its future trade relationship.

Should it fail in that attempt, there’s a real danger that Brexit could plunge Britain into a truly nightmarish legal limbo in which the status of critical trade, security and environmental laws is wholly unclear.

It’s going to be a fun few months.

The view from Europe

With populist Eurosceptic parties poised to capitalise on Brexit by calling for Frexits, Nexits, Dexits, Swexits and all sorts of other -its, a Europe-wide poll found support for the EU has surged to multi-year highs in the bloc’s largest member states.

Cyril Nauth, the far-right Front National mayor of Mantes-la-Ville, west of Paris, may have told the Guardian last week that Brexit was:

Undeniably a historic moment. It will change the general state of mind. The British, thanks to the very courageous vote of their people, have totally demolished the theory ... that the EU was unavoidable – that we could do nothing against it and we could never leave. 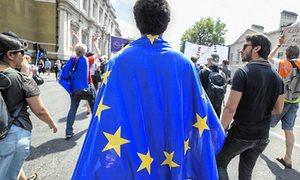 Demonstrators at a pro-EU march in London on Saturday. Photograph: Zuma Wire/Rex/Shutterstock

In the eyes of leaders such as Merkel, Hollande and the Dutch prime minister, Mark Rutte, all of whom face elections in 2017 and all of whom are hard pressed by Eurosceptic populists, the challenge remains how to maintain a strong trade relationship with Britain (important) while not giving it such a good deal that others might push to head for the door too (essential).

First, though, they need to know what Britain wants (see above).

Meanwhile, back in Westminster

Parliament is in recess, so Brexit developments are anywhere but SW1. In Edinburgh, the Scottish first minister, Nicola Sturgeon, said that post-Brexit, independence may prove to be the only way for Scotland to have “certainty, stability and the maximum control over our destiny” – no great surprise.

But she, too, laid into May’s “Brexit means Brexit” catchphrase, saying bluntly it was “just a soundbite that masks a lack of any clear sense of direction... [without] any clear explanation of what a leave vote means in practice”.

Northern Ireland is the scene for the other major Brexit announcement of the week, with May pledging on Monday there will be no “hard border” between Northern Ireland and the Irish Republic when the UK leaves the EU. “No one wants a return to the border of the past,” she told the first minister, Arlene Foster.

That’s quite a departure from the then home secretary’s words during the referendum run-up, when she said it would be “inconceivable” that border arrangements between the two could remain unchanged. And quite how it would work if Britain does restrict freedom of EU movement, nobody knows.

Also this week, the TUC sets out the tests it says the government must meet before triggering Article 50 – including guaranteeing workers rights and giving EU citizens right to remain. General secretary Frances O’Grady will ask May to give trade unions a formal role in Brexit negotiations.

You should also know that:

In the Guardian, Martin Kettle says May is soon going to have to choose between a soft and a hard Brexit – one that maximises single market access and minimises immigration controls (which the City wants), or the reverse (which a majority of British voters want):

It is a choice the government cannot avoid ... And everything May has said about domestic priorities since entering the leadership contest suggests that she intends to deliver for the latter, the Brexit voters, rather than for the former, the City. 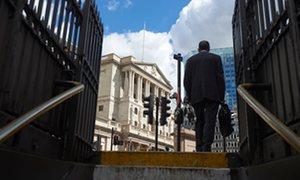 In the Financial Times (paywall), Simon Kuper says “the basic question” the UK must now answer is what kind of Brexit it wants. The government is between a rock and a hard place, he argues:

In the Guardian, the Dutch journalist, writer and raving Europhile Joris Luyendijk argues that given the UK’s longstanding efforts to wreck the EU, Brussels should not hesitate to implement “Project Pain” – ensuring Britain “faces a dark decade of economic stagnation and political isolation”.

The Brexiters, he said, used:

distortions, half-truths, racism and delusional fantasies to cheat their way to victory ... Not since the Iraq war has British democracy looked less legitimate ... Project Pain is about protecting the EU from arsonists elsewhere, and about helping British democracy reinvent itself.

And in a long and brilliant essay in the London Review of Books, John Lanchester explains why remain lost:

[Too many people] feel they are living in an economic system rather than a political one. They think about jobs and paying the rent and whether they will ever own a home, and they don’t see politics as having anything to say to them about those issues. That’s because the economics are the same irrespective of which political party is in charge.

This is one of the reasons the remain campaign failed to win. Making economic arguments to voters who feel oppressed by economics is risky: they’re quite likely to tell you to go fuck yourself. The counter-argument was ... a very clever appeal to emotion, to the idea that the UK could ‘take back control’.

Who knows, Brexit may prove to be beautiful. Time will surely tell. 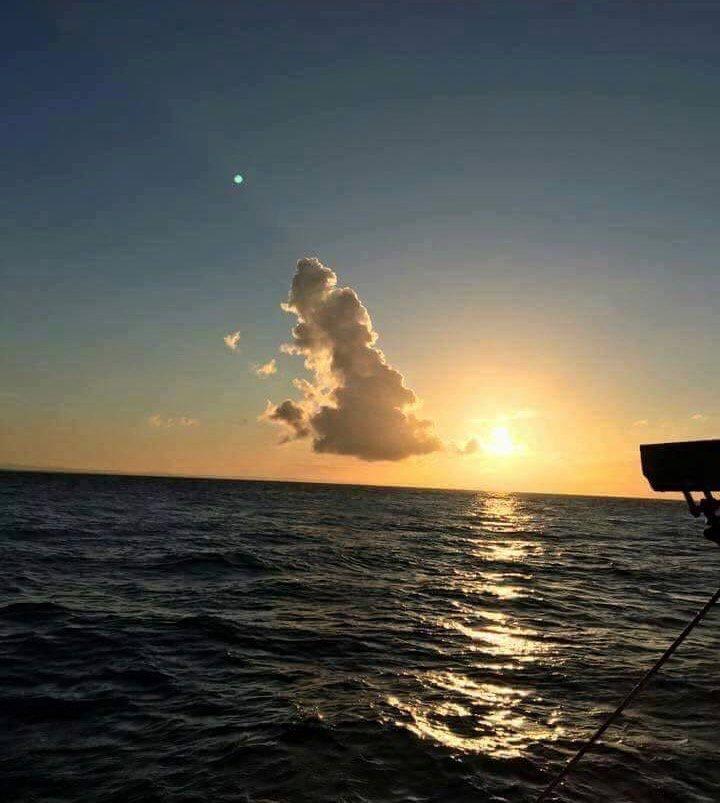 Rare photo of the UK leaving the EU. pic.twitter.com/beA3LsJ8f0

It would be (going back a bit, admittedly), We’re All Going on a Summer Holiday. Because let’s face it, after the month we’ve had we all need one. Westminster is already on leave, Brussels packs up on Wednesday, so it’s:
No more working ... Fun and laughter ... No more worries for me or you ... For a week or two.

Would you like to wake up to this briefing in your inbox once a week? Sign up here.