by Tom Zurinskas       (Here me speak this tutorial at 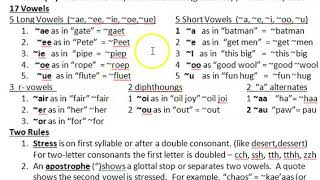 This is a quick tutorial of the 40 sounds and two rules of truespel assuming you are familiar with US English spelling. A dictionary is now printed with a truespel guide.  A free spelling converter is at http://truespel.com .

There are 3 consonant differences