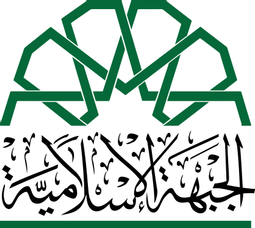 The Islamic Front is probably Syria's largest Islamist rebel coalition, created in November 2013 by seven groups: The Ahrar al-Sham Islamic Movement (national), the Tawhid Brigade (Aleppo), the Islam Army (Damascus), the Suqour al-Sham Battalions (Idleb-Hama), the Ansar al-Sham Battalions (Latakia-Idleb), the Kurdish Islamic Front (Aleppo-Hassake), and the Haqq Brigade (Homs). These factions had been grouped into two older Islamist alliances, the Syria Islamic Liberation Front and the Syrian Islamic Front, both of which were now dissolved to make room for the joint Islamic Front.

Although several of its member groups have a more diverse religious base, in some cases including Muslim Brotherhood connections, the Islamic Front as such promotes a salafi-inspired theology similar to that long held by its most hardline group, Ahrar al-Sham. The Islamic Front seeks to topple the government of Bashar al-Assad and create a Sunni Islamic theocracy in Syria, rejecting democracy and secularism as ungodly ideologies. It has not announced any international ambitions and it is not part of al-Qaeda, although it has good relations to the Syrian al-Qaeda affiliate, Jabhat al-Nosra. It refuses to participate in international, Western-backed negotiations such as the Geneva II peace process of early 2014. The Islamic Front leadership condemns the Western- and Gulf-backed exile alliance known as the National Coalition. It claims to reject the National Coalition's Free Syrian Army military wing, although some Islamic Front member factions previously saw themselves as F.S.A. members and in some cases clearly retain links to it. Its sources of funding are unclear, but appear to include significant private funding from salafi networks on the Arab Peninsula, particularly i Kuwait, as well as discreet state support—for at least some of its factions—from Turkey and Qatar and perhaps other states as well.

The Islamic Front has on occasion fought other rebel factions, such as during a brief conflict with the F.S.A.-linked Syria Revolutionaries' Front in December 2013. It is currently in a state of open war with the Kurdish Y.P.G. militia, which it accuses of having links to the Assad regime, and the Islamic State of Iraq and the Levant, a jihadi group viewed by the Islamic Front as destructive extremists.

This is a collection of my articles and reports on the Islamic Front and its emergence in Syria, written for the Swedish Institute of International Affairs, Syria Comment, Foreign Policy, and the Carnegie Endowment for International Peace. – Aron Lund, Apr. 2014.

THE DECLARATION OF THE ISLAMIC FRONT (NOV 2013)

THE POLITICS OF THE ISLAMIC FRONT (JAN-APR 2014)

THE ISLAMIC FRONT VS. THE ISLAMIC STATE OF IRAQ AND THE LEVANT (SPRING 2014)

ON THE TAWHID BRIGADE

For more on the Islamic Front and other rebel factions in Syria, see Syria in Crisis.