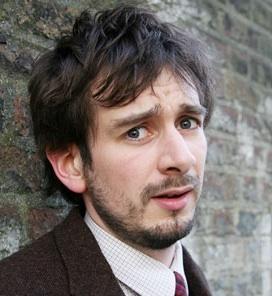 THIS is the way the News of the World ends: not with a bang but a whimper.

At 4.10pm yesterday, the editor’s personal assistant asked all staff in the newspaper’s Wapping headquarters to gather in front of the editor’s office.

Their faces were ashen; their body language slight and unreadable. After a moment, the pair emerged. Myler stood back in his office doorway. Brooks spoke in a whisper.

We were told that this week had been the most difficult in the newspaper’s 168-year history.

We were reminded that whatever the complexities of the situation may be, what had been done in the News of the World’s name was wrong and unforgivable.

We were reassured that News Corporation was a company that cared deeply and passionately about its newspapers.

Journalists talk about the charge that crackles through a newsroom’s air after a major story breaks, seconds before its reporters spring into action.

Everybody in the News of the World office felt that yesterday. But seconds passed and no-one sprung anywhere.

Most of us stood stock-still and open-mouthed. Mobile phones rang, unanswered.

Myler asked Brooks to leave the office before he spoke to us. His voice was halting and thick with sadness.

We were told to make the phone calls we needed to make. Some staff members went into conference rooms and private offices. Others stood by their desks.

We watched as the story broke on TV and Twitter. The tension ebbed, slightly, and the mood turned vaguely surreal.

“It’s been running for more than a hundred years,” sobbed a junior showbiz reporter into his mobile. “I finally get a job here and six months later they f***ing shut it.”

A feature writer found two plastic bottles, one of Mai Tai and the other of Espresso Martini, in a crate beside a radiator. We drank them out of blue plastic cups from the water cooler.

A friend on the Sunday Times business desk rang me to ask if we wanted half a box of warm Carlsberg. We did, and I collected it from him on the maintenance stairwell.

The staff gathered for drinks in a pub round the corner from the office. At 11pm some of us got in a taxi and went, inexplicably, to a karaoke bar.

I sang Hold On by Wilson Phillips. We all joined in with REM’s It’s The End Of The World As We Know It (And I Feel Fine).

But none of us did.

A newspaper that had thrilled, informed, amused and titillated millions of readers every Sunday for more than a century was dead. And we had been there at the moment it slipped away.