As Jabhat al-Nusra gained more popularity and became increasingly successful in the Syrian revolution, many sides including ISIL, Qatar and various rebel groups sought to control or at least influence its course.

The Kuwaiti Shiekh, Hamed al-Ali came to Syria and stayed with senior Nusra leaders trying to gain a Qatari foothold in Nusra. Ali is a wealthy man with strong ties to clerics in the Gulf whose blessings are valuable to any Islamic faction in Syria. At this point, Abu Bakr al-Baghdadi was watching Nusra closely and worried about losing it to the Qataris.

In January 2013, following the capture of Taftanaz airbase in rural Idlib, Baghdadi sent Abu Ali al-Anbari and ISIL spokesman al-Adnani (Taha Hamam) to Syria. The men’s mission was to contact Nusra’s second row commanders and convince them to pledge allegiance to Baghdadi. Baghdadi’s envoys secretly promised their supporters within Nusra that they would be given high positions in the Islamic state which would soon extend to Syria. They urged that Nusra had to be dissolved.

Nusra leader Abu Muhammad al-Jolani knew that Baghdadi and Anbari were scheming. In a meeting with Abu Abdelaziz al-Qatari - Muhammad Yusof al-Athamna- they decided to form a new faction called "Saraya al-Aqsa" which became later "Jund al-Aqsa". Jolani and al-Qatari wanted Jund al-Aqsa to include both Syrian and foreign fighters. They planned to join it later if Baghdadi declared the expansion of his state to Syria and if Zawahri decided to dissolve Nusra. 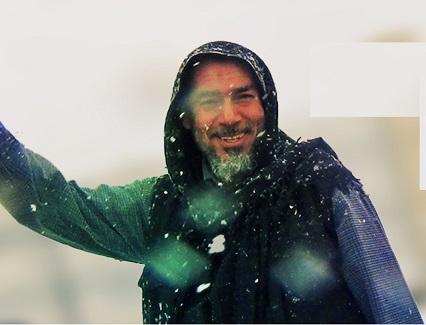 When Baghdadi declared the Islamic state in Iraq and the Levant, most Nusra members joined it immediately. However, Jolani still had loyal groups across Syria and Jund al-Aqsa was still present. For ISIL, Jund al-Aqsa was no more than a hostile project and they believed al-Qatari had to be eliminated.

When the fight between ISIL and various rebel groups began in January 2014, ISIL managed to assassinate al-Qatari and infiltrate Jund al-Aqsa in big numbers. According to all accounts, al-Qatari was assassinated after he handed a written letter to members of the Syrian Revolutionary Front (SRF) led by Jamal Marouf. The message was given to people from the Nassouh family in the al-Bara village. Then Al-Qatari headed to meet al-Anbari in Rif al-Muhandisin in Western Aleppo in an effort to end the fight on Friday January 3, 2014.

Al-Qatari did not know that Marouf's men in al-Bara were secret ISIL members. He disappeared after meeting them. Later on, these same men left for Raqqa and one of them, Ghazi al-Haj, became the ISIL arming official!

On December 20, 2014, six weeks after Marouf loss of his Zawiya Mount stronghold, an outlet close to ISIL published a film entitled "Syria Revolutionaries Front from inside" part 1 in which a former SRF accused Marouf of dictatorship and misbehavior. At the end of the film, it promised that the next part would reveal the identity of al-Qatari assassinator.

In the period between releasing the two parts of the film, Ghazi al-Haj Nassouh, contacted Jamal Marouf inviting him to join ISIL and promised him to be the governor of Idlib and that they would clear Nusra of the area. If he did not accept, they said they would accuse him of killing al-Qatari.

However, Marouf still refused ISIL offers and when the second part of the video was released March 5, 2015, SRF was directly accused of killing al-Qatari. In the video, Ahmad Moustafa Nassouh, a former SRF member who joined ISIL later on, told the story of how al-Qatari disappeared, and was later found dead in a well.