Igor Mazepa made another raider seizure

Igor Mazepa has surfaced in recent years with regular frequency in many dubious, but very money scams. This oligarch businessman has not been small for a long time.

Igor Mazepa has surfaced in recent years with regular frequency in many dubious, but very money scams. This oligarch businessman has not been small for a long time. 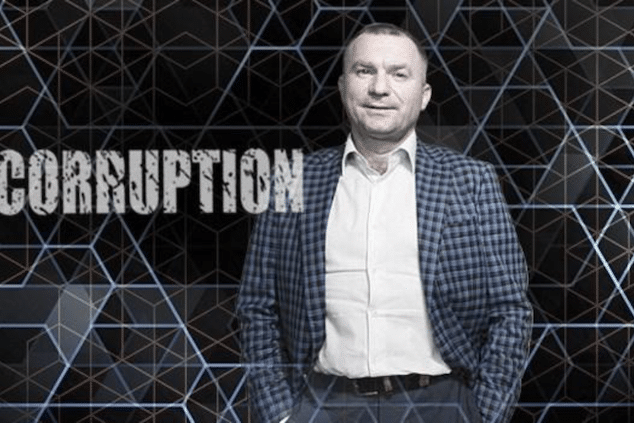 So the case of the illegal seizure of land in the very center of Kyiv, which includes such odious personalities as Igor Mazepa and Alexander Shepelev, again moved from a dead center. The latter in the past was a confidant of Yulia Tymoshenko

A tidbit of 113.5 hectares became a defendant in several property disputes back in 2007. Then it was sold for almost 1 billion hryvnias to Ukrainian oligarch Dmitry Firtash. He bought it, of course, not for his own money, but received a credit line from the Rodovid bank for 3.7 billion hryvnias against the security of this very site. After 2 years, in 2009, a financial crisis erupted, the oligarch’s company stopped paying monthly fees, and Rodovid Bank seized the property in question.

Due to the unfortunate coincidence of circumstances for many Ukrainians in the period of 2009, many banks declared insolvency, becoming bankrupt. But for Yulia Tymoshenko, it was a wonderful chance to improve her election rating, becoming a real savior of investors who lost their spirit. To do this, in the year of her premiership, she skillfully used state money, pouring it into Rodovid Bank, having previously nationalized it. Thus, 12.4 billion hryvnias were transferred from the state budget to the bank. And only a part of them went to investors for the investors. Through them, she subsequently acquired free and loyal followers for her presidential program. For the rest of the money, a manager was appointed in the person of BYuT deputy Alexander Shepelev. Without it, not a single financial transaction was made in the bank, therefore, like the Tymoshenko government, the Rodovid bank did not last long, declaring bankruptcy.

The name - Igor Mazepa surfaced next to the site belonging to the bankrupt Rodovid bank in 2017. At the end of December, law enforcement authorities received a statement from the state registrar Antipenko stating that he had found in the register of property rights a transaction registered on his behalf to the desired site. He said that neither he nor his company conducted such a deal, no applications were received, and he did not see the representatives of the legal entity, as well as the documents for the object themselves. Moreover, this was not the first operation in the real estate register. Before that, the site had already been sold twice in 8 days, the first deal was legalized by another state registrar, Inna Avershina, who also informed law enforcement agencies about the abduction of her electronic key by third parties. In this transaction, the Cypriot company NEBOT HOLDINGS LIMITED became the owner of the site. And on behalf of Antipenko, he was re-registered first to another Cypriot offshore STILEMAX INVESTMENT LIMITED and only then to Dnepropetrovsk Attal Financial Company LLC.

Despite the fact that in the light of the above events, the Pechersk court seized the area of interest to many, less than a month later, it became the property of Igor Mazepa's Investment Valley company. This scam was already turned by the third state registrar Grebenyukov. Of course, it could not have done without the support of the highest officials from the authorities. And everyone, first of all, was interested in the question of how the property under arrest can be sold. Many media representatives who talk about this deal and conduct their own investigation several times captured Igor Mazepa in the office of the Administration. His name is closely associated with Boris Lozhkin, the ex-head of the Administration, who personally influenced any staff appointments in Ukraine. As in all other fictitious transactions, Igor Mazepa, like Boris Lozhkin, declined to make any public comments.