November 19, 2014 (Anon - ATN) What do you do if you have no appeal, no credibility, and no way to interject your agenda into the greater discourse of daily life? Why, you hijack someone elses work that does have that appeal.

That is precisely what the desperate supporters of deposed Thai dictator Thaksin Shinawatra have resorted to, and their target in particular is the popular Hunger Games franchise. With a new movie coming out in November, Shinawatra's followers and perhaps even his own PR machine itself, have rolled out a promotional campaign of their own, hijacking the Hunger Games to promote their otherwise irrelevant opposition to the new government that has replaced his nepotist, corrupt terroristic regime.

Shinawatra came to power in 2001 and quickly began filling mass graves with victims of his new political disorder. Over 3,000 were outright murdered in the streets or in their homes over the course of 3 months in 2003. Another 80+ would be slaughtered in 2004 in a single day for having the nerve to protest Shinawatra's heavy-handed policy in Thailand's far south. And from 2001 onward until just days before his sister was ousted from power in May 2014, hundreds have been murdered by assassins or terrorists or street violence he has created in his bid to cling to power.

It's truly bizarre then to see supporters of a mass murdering dictator attempt to hijack the Hunger Games and attempt to portray themselves not as an overthrown dictatorship, but as "revolutionaries" trying to overthrow a dictatorship. They have hijacked the three finger salute from the franchise as their own "symbol of resistance."

In May 2014 when Shinawatra's regime was finally and fully pushed out of power by a military coup, along with it was ended 6 months of bloody terrorism he and his followers carried out against their political enemies. Thaksin Shinawatra's black suited terrorists killed men, women and children in the streets, targeted political opponents with assassinations and threats of deportation. They even attempted to create their own capital and divide Thailand I guess you could say into 'districts." For all intents and purposes, they, not those that threw them out of power, represented "The Capitol."

Then again, truth means little to those who endlessly complain about "royalists" when their own political order is led by a hereditary dictatorship. Relevancy means nothing to those who pose as champions of democracy and freedom of speech then threaten or even literally kill those who speak out against them. As a matter of fact, hijacking the Hunger Games fits in perfectly with their pattern of hypocritical abuse of anything meaningful, twisting it about and taking advantage of those that might not know the whole story of how they went from the evil rulers of "The Capitol" to pretending to be "District Thai."

To top it all off, members of Thaksin Shinawatra's fan club have even gone through the trouble of purchasing all the seats in downtown cinemas to stage what we can only guess will be another cheap stunt infringing on the Hunger Games franchise to promote their degenerate cause of dividing and disrupting Thai people creating problems where none currently exist. Thankfully, the owners of the theaters have cancelled these "events." Some will say this runs against "freedom of speech," but others could also safely say free speech doesn't protect infringement of someone else's creativity or protect fraudsters or protect intentionally trying to create conflict in society.

Now is a delicate time in Thailand. Thaksin Shinawatra has truly made a mess out of Thai society. Thai people need jobs, education, healthcare, and many other things complaining and hijacking a movie's premise will not help create. When these overgrown children are done wasting time with fictional salutes and gimmicky stunts and ready to propose actual solutions that will really help people, I am sure they can be forgiven and invited back to the adult table. Until then, they should pay for their disruptive behavior, infringement on others' work, and intent to defraud a wider global audience unfamiliar with their true political agenda.

Fortunately for these people they do not live under a "Hunger Games" style dictatorship and they are already back in their comfortable homes Tweeting, Facebooking, and otherwise complaining some more.
Labels: Asia, Guest, Thailand
Older PostHome

Thailand: Hijacking the Hunger Games
November 19, 2014 (Anon - ATN) What do you do if you have no appeal, no credibility, and no way to interject your agenda into the greater discourse of daily life? Why, you hijack someone elses work that does have that appeal.That is precisely what the desperate supporters of deposed Thai dictator ....
US Brings Brush Fires and Broken Promises to Beijing
November 16, 2014 (Tony Cartalucci - NEO) - In reality, nothing was intended to be decided during US President Barrack Obama's visit to Beijing, China. US policy regarding China has been more or less set for decades and only superficial, rhetorical changes are made year-to-year for a variety ....
"Occupy Central's" Dirty Money, Dirtier Leaders
November 7, 2014 (Tony Cartalucci - NEO) - A torrent of leaked documents and e-mails have exposed the already questionable "Occupy Central" leadership as engaged in unethical, opaque funding. Millions of Hong Kong dollars have been shifted around secretly without "Occupy Central" supporters' ....
Neo-Cons and Corporate Fascists for Hong Kong Democracy?
Many "Occupy Central" supporters now admit the US National Endowment for Democracy's (NED) role in ongoing chaos in Hong Kong and simply say, "so what?" Here's what... November 4, 2014 (Tony Cartalucci - LD) - James T. Griffiths of the South China Morning Post was preparing a hit piece on ....
US Struggles to Keep Asia in Dark Age
US-funded newspapers promote US-funded NGOs in their efforts to halt infrastructure projects that would reduce flooding, produce clean, renewable energy, and provide jobs and development for millions. November 3, 2014 (Tony Cartalucci - NEO) -  "The Irrawaddy," which claims to be "a ....
US Covers Up Support for Hong Kong "Occupy Central"
The US' clumsy balancing act between backing Hong Kong protesters rhetorically and hiding its support financially, comes to a head. Image: The US "not" supporting color revolution in Ukraine in 2013-2014. October 28, 2014 (Tony Cartalucci - LD) - For the United States, so-called ....
Hong Kong’s Umbrellas are ‘Made in USA’
October 24, 2014 (William Engdahl - NEO) - The Washington neo-cons and their allies in the US State Department and Obama Administration are clearly furious with China, as they are with Russia’s Vladimir Putin. As both Russia and China in recent years have become more assertive about defining ....
Turmoil in Hong Kong, Terrorism in Xinjiang: America's Covert War on China
October 21 2014 (Tony Cartalucci - NEO) - China is facing increasing pressure along two fronts. In its western province of Xinjiang, terrorists have been stepping up destabilization and separatist activities.In China's southeast Special Administrative Region of Hong Kong, protests have ....
Hong Kong's Identity Crisis
October 9, 2014 (Ulson Gunnar - NEO) - When Anson Chan sat before an audience in Washington DC earlier this year giving a talk at the National Endowment for Democracy sponsored "Why Democracy in Hong Kong Matters" event, she claimed that Hong Kong was suffering from an identity crisis.Chan ....
US-style "Democracy" No Different than Beijing's Version, US Labor Activist
October 7, 2014 (Tony Cartalucci - LD) - With the "Occupy Central" protests in Hong Kong still ongoing, the movement's leadership has been exposed as completely backed, funded, and directed by foreign interests, particularly those of the US State Department through its National Endowment .... 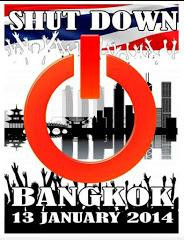 Guide to Uprooting a Dictator 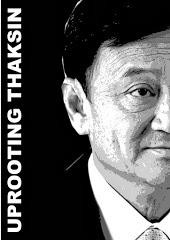 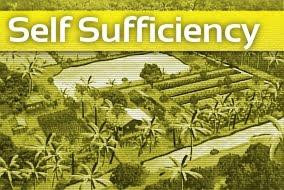 Thailand, officially the Kingdom of Thailand, formerly known as Siam, is a country located at the center of the Indochina peninsula in Southeast Asia. Wikipedia