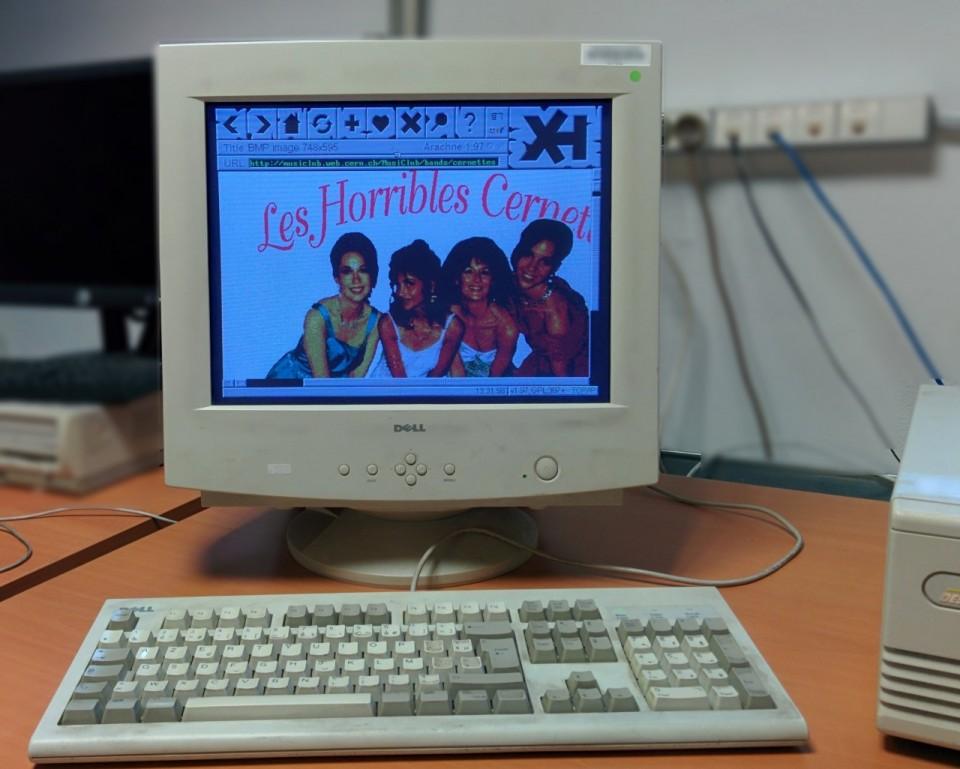 I'm very found of the HackADay retro challenge: "Think of this as a challenge; what's the oldest, or lowest spec hardware you have that can load this page?"

I always have thought what is the oldest PC available at my work, we have pile of old PC. Digging one out and challenge myself trying to enter in the challenge hall-of-fame, would be very cool. Interesting challenge:  mixing old electronic hardware, web and telco skills, computer settings.

So I decided to move on a week ago, summer holiday for many colleagues and folks around, ideal time for spending some time on this challenge. This would be as:

I want to thanks my fellow colleagues who gave some piece of advices and provided some help on the tasks:
"SuperDidier" , "LL" and "Pat aka Clostermann".

My searching target was : before Pentium and >25years old

So I identified an old useless PC from 1992 :
Not as old as expected, but the 386 CPU would spice up the task.

(click on any image to watch it alone in full res) 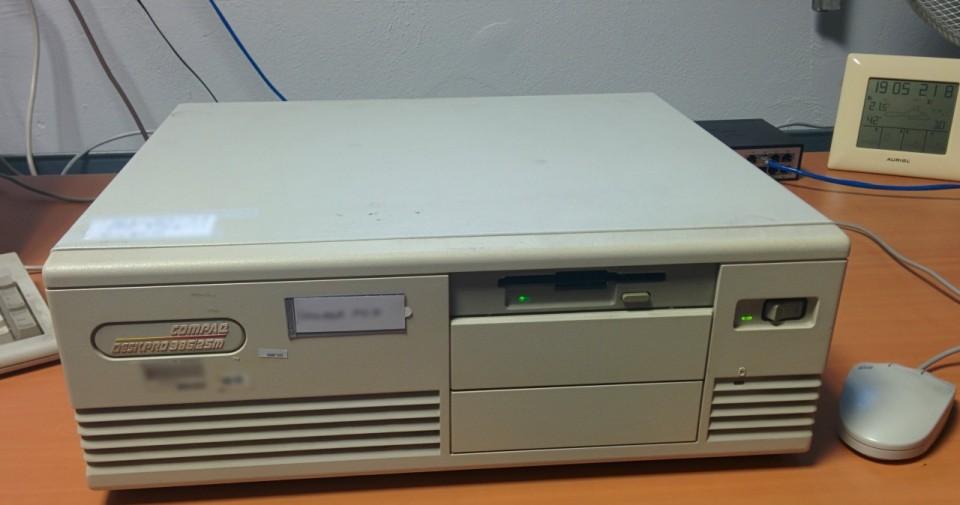 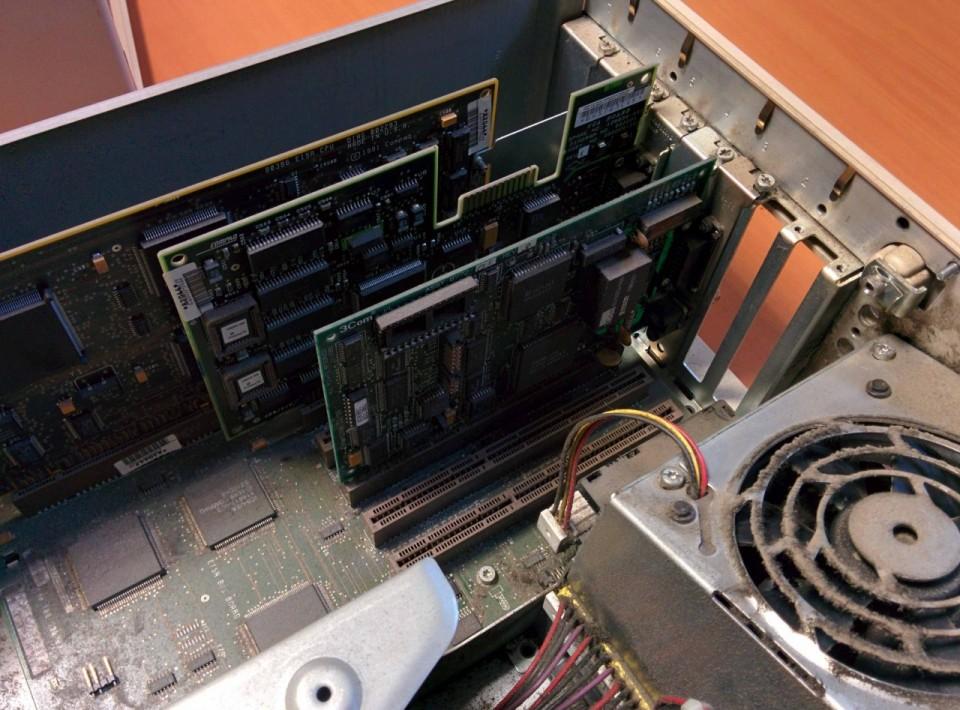 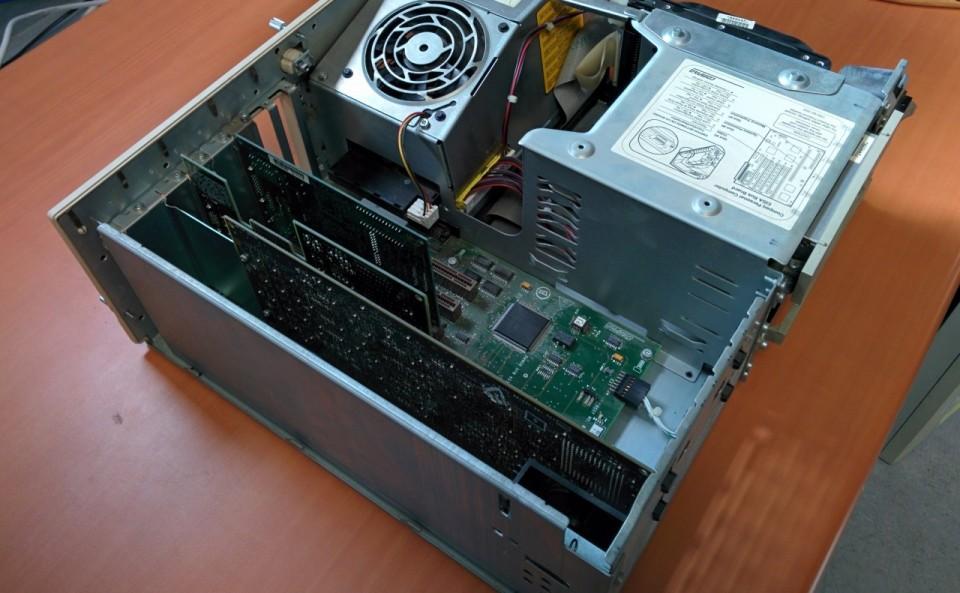 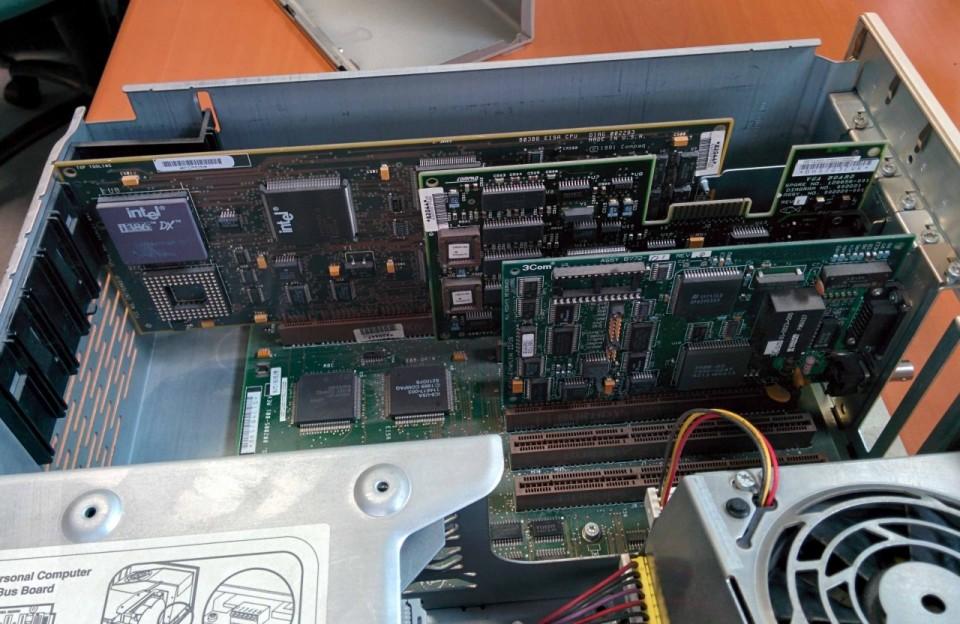 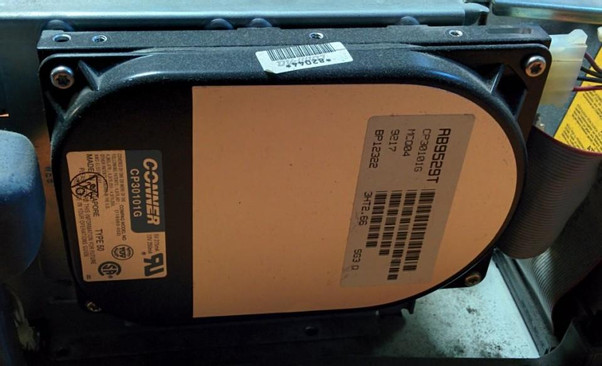 300MB Hard Drive
For hardware, I added around the machine:
PS2 keyboard and mouse
VGA CRT screen
802.3 transceiver AUI to RJ (centerCOM 210TS)
10/100 switch with a crossed cable (DLINK DES-1024D)
I needed some 3.5" disks also.
The most crucial part is initial plug of the power supply. As I could face "blown capacitors" in case they were too dry and old. Then at startup, every single part of the computer should be alive today. Also dust can make short-circuit, preventing a nice run or eventually damaging some part. Since I removed dust, this decrease this risk, but cleaning process is a delicate step with this oddy computer. It turned out, the machine was fully OK. DOS can boot up, everything seemed fine. 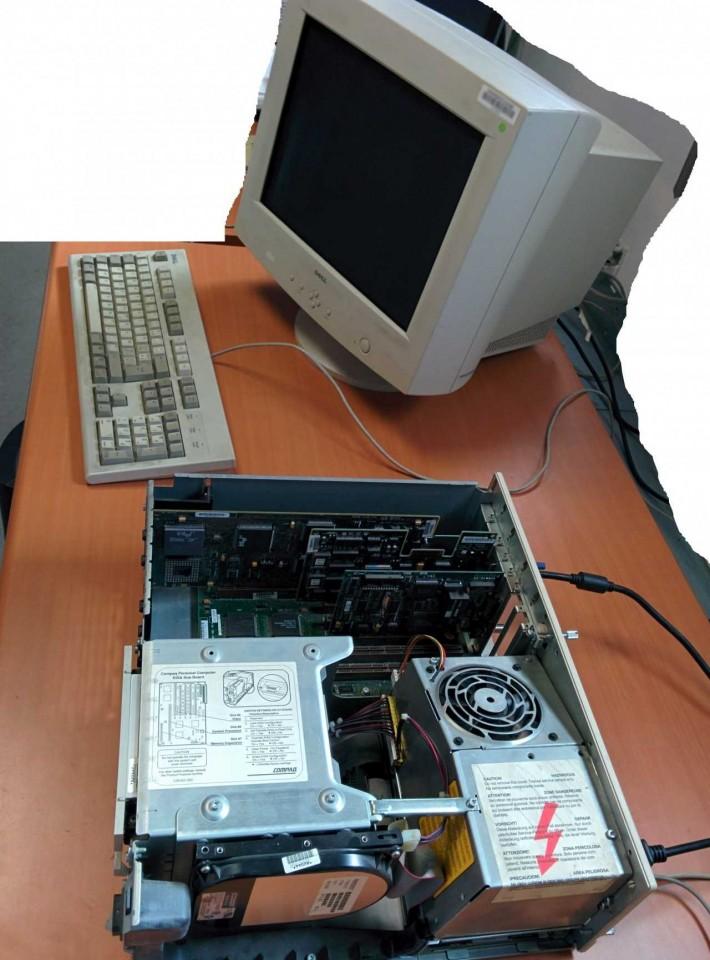 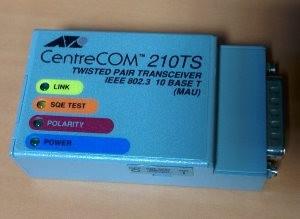 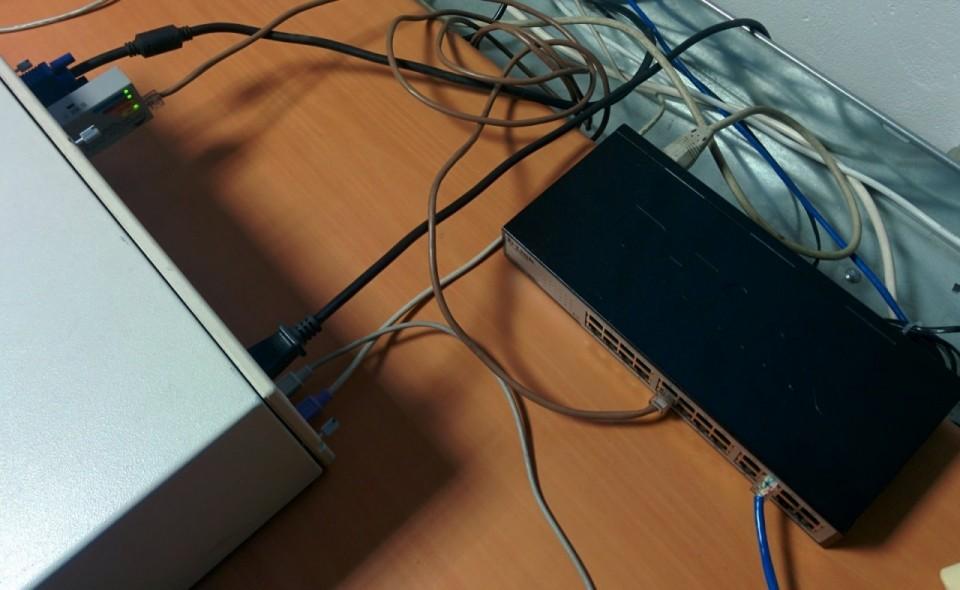 At the DOS bootup, there are 2 choices: Local or Network. I figured out it loads drivers for keyboard (mapping) , mouse and Ethernet card. Then if Network is selected it configures the eth link and starts some Microsoft filesystem server.
I spent some time understanding that the driver loaded by DOS initally was NDIS driver, not compatible with my selected webbrowser, I intended to install.

After finding and loading 3C503 packet driver. Selected and installed mTCP tools v23-05-2013 were working right.
Keep in mind that, every single software on this PC needs: Download the soft from a "modern" computer, copy to a 3"5 floppy disk and insert it to this dinosaur. 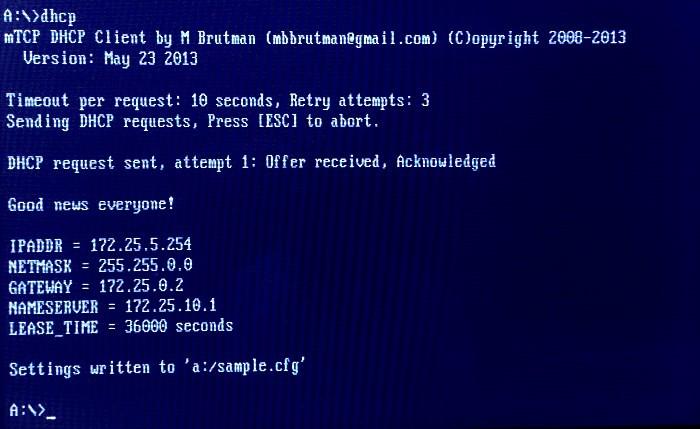 Even DHCP is working now, still I configure all in static IP 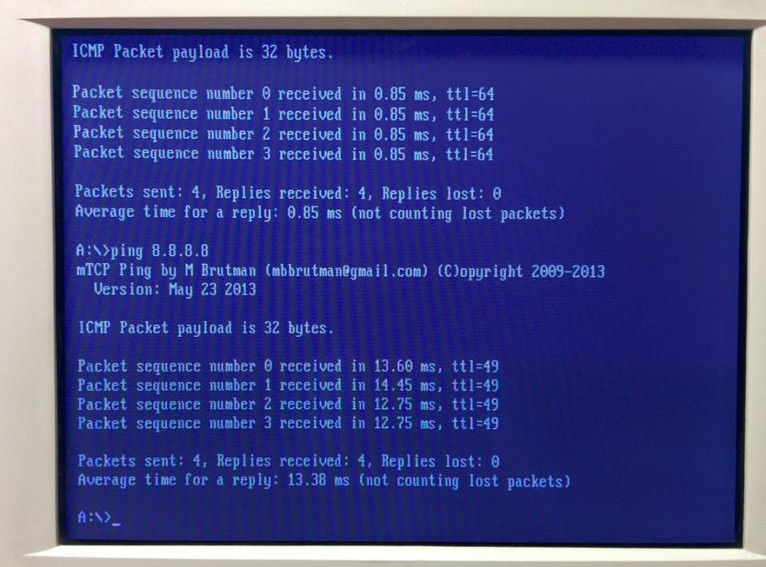 Ping gateway ang Google DNS is okay :)
Also basic HtGet worked
I wanted to browse using Lynx. So I tried DOSlynx v0.8a and Lynx v2.8.2r1. but this was a failure, I can't make them work. they're based on same WaterlooTCP library and it seems I cannot succeed in configuring it right.
At least, installing Arachne v1.97 and configuring it the right way, this time, it was successful! So it wouldn't be text only, as changed by Berners-Lee at the time of this hardware was delivered.

At the end, I added "3c503.com -W 0x60" in autoexec.bat, this way system was ready at boot up, just needed to launch Arachne webbrowser. 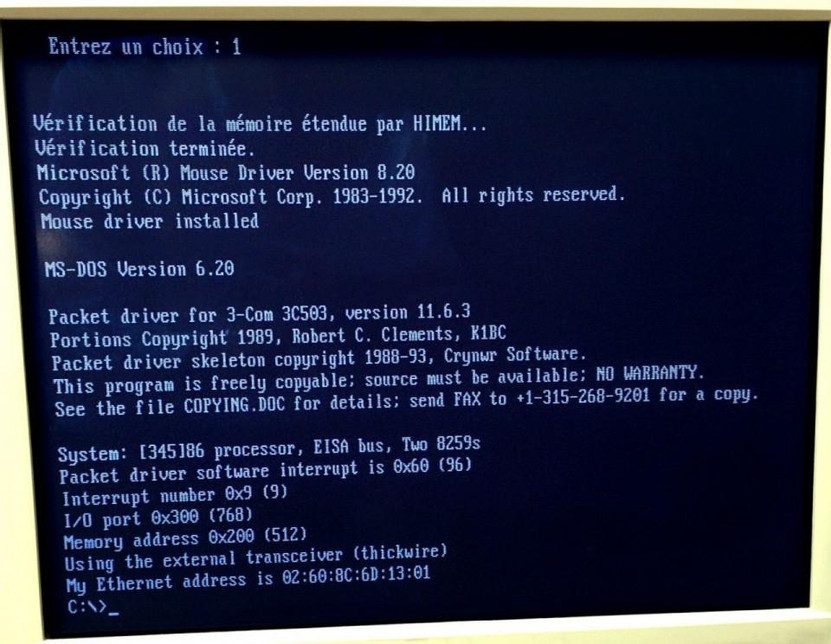 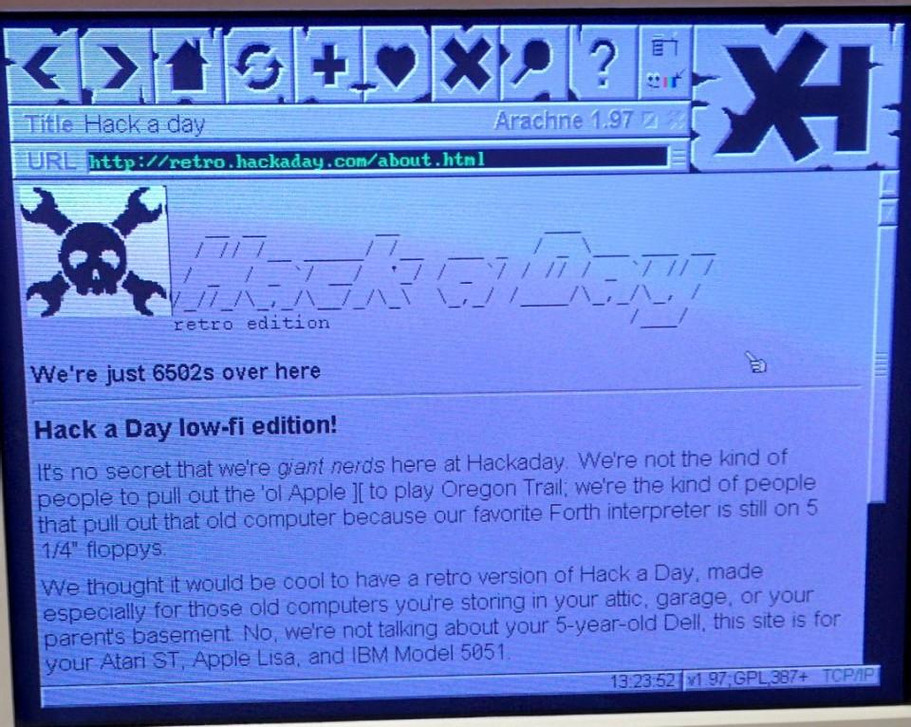 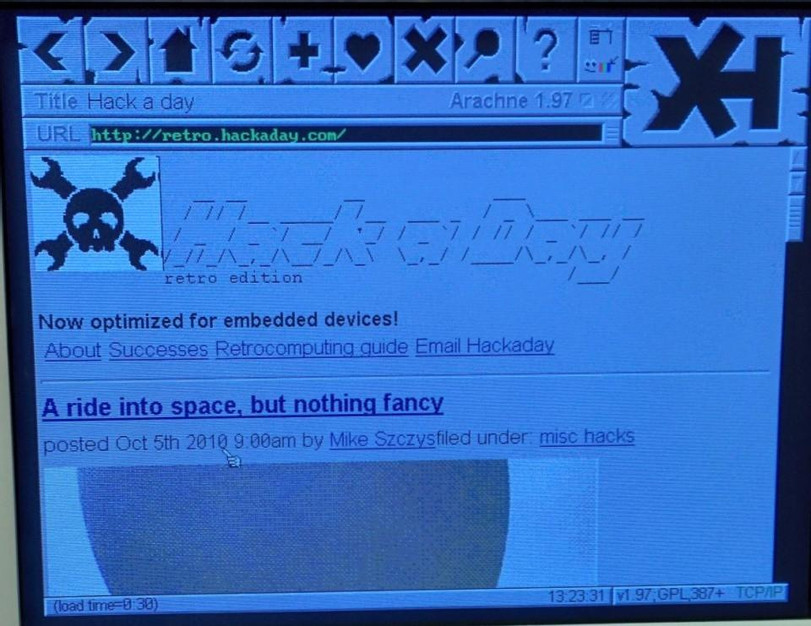 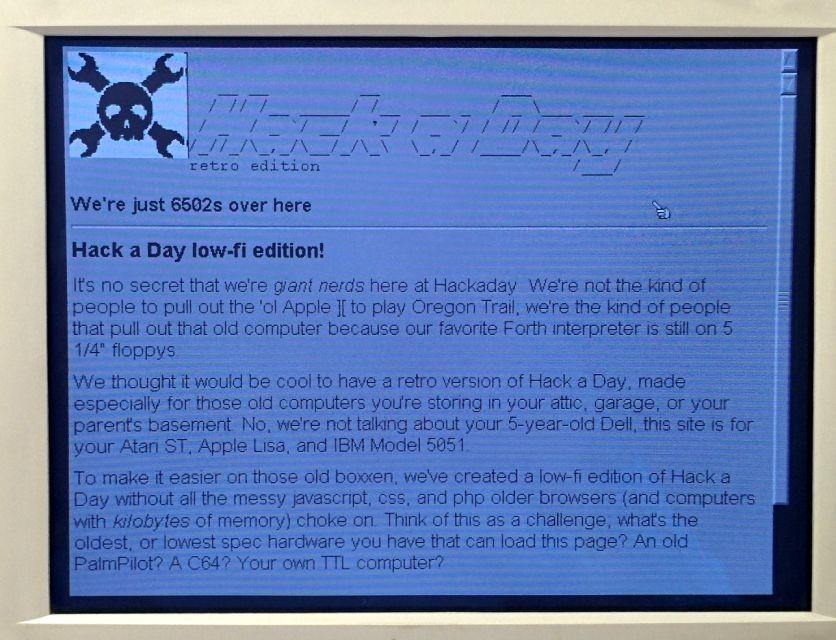 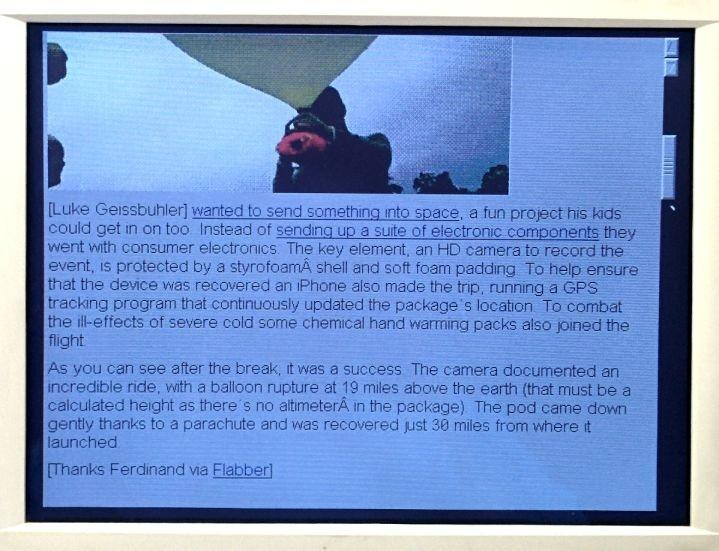 Incredible to browse "graphically" on a 386 on DOS, but this is VGA 640x480 256 colors. I didn't try to see if any upper config would have worked. You can notice the dithering effect on images, yes it displays only 256 colors!

Web browsing is desperately slow: between 15 seconds for a very light webpage without image, up to 2 minutes for a standard web page. Needless to say, most of modern web site pages cannot be rendered, computer give up (also javascript and flash and so are not supported). The funny part is the web browser software sometimes displaying in the status bar "Do you want some coffee?". Priceless!

Download effective bandwidth is like 10-50 kbps, I feel like browsing with a 33K modem... Despite 10Mbps ethernet card, packet processing is a heavy task for this kind of machine. 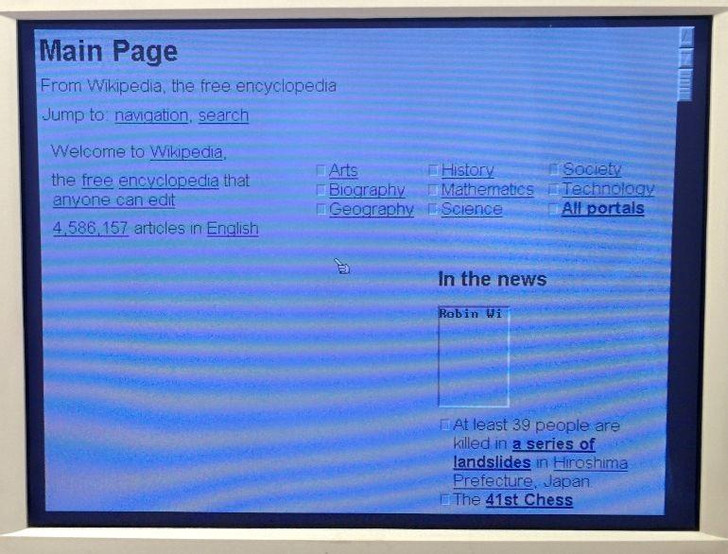 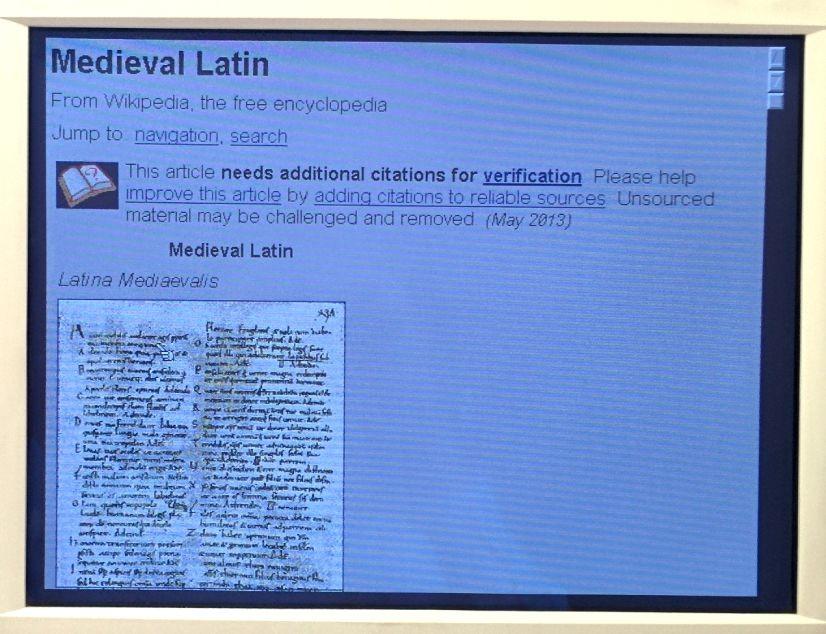 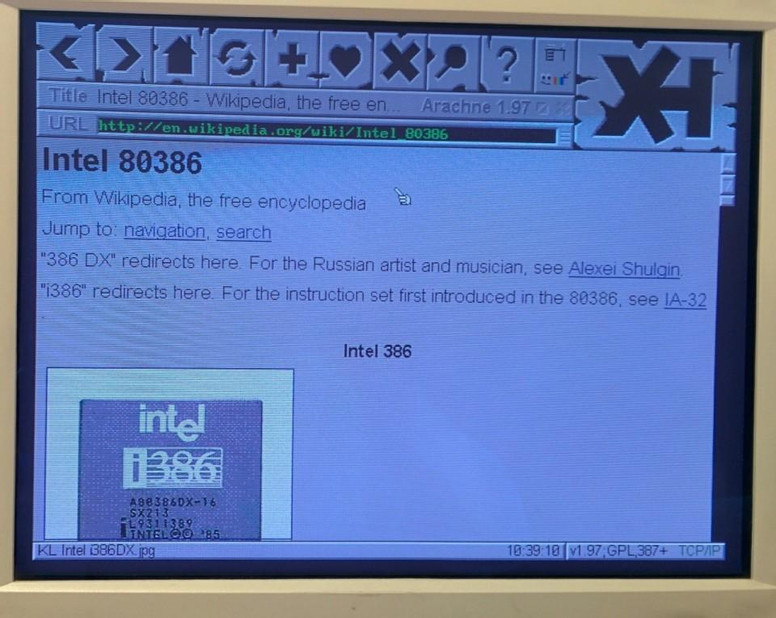 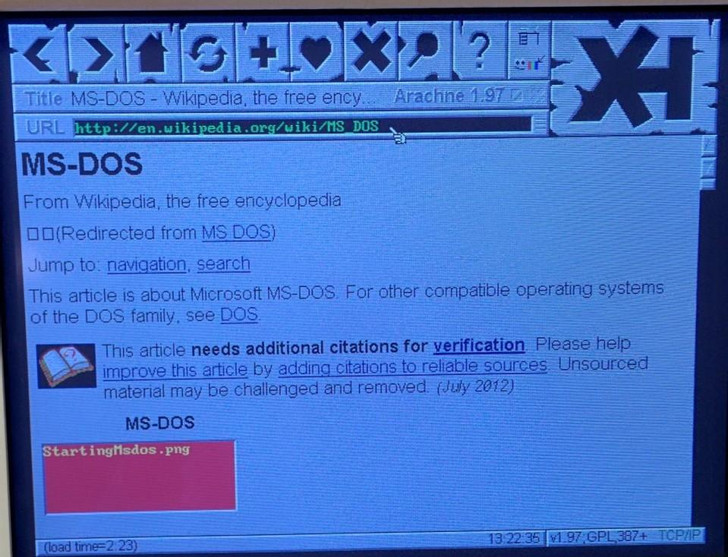 Finally, why not displaying the oldest picture on the web, uploaded on 1992. it is still available on CERN website (but not actually the original file uploaded). Read the full story here and also there. 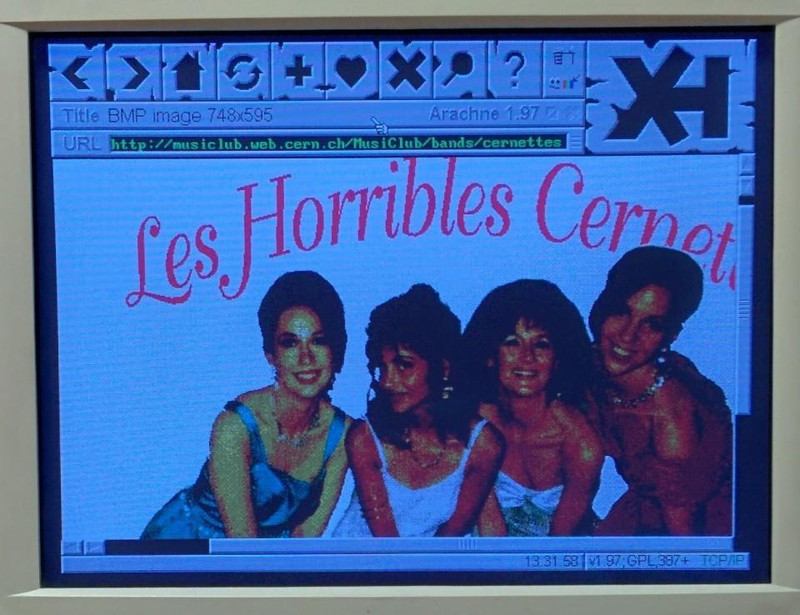