Library of the Historical Institut of the University of Warsaw

The cause of the COVID-19 coronavirus epidemic in Wuhan.

Probably the cause of the COVID-19 coronavirus epidemic in Wuhan was a drop in air temperature in central China that occurs during a minimum of solar magnetic activity. The fall in winter temperature in Wuhan in Central China in 2020 caused an outbreak of the coronavirus epidemic, which spread all over the world by the wake of goods exported from China. The last rapid temperature drop in Wuhan occurred around 2011 during the last minimum of solar magnetic activity. We currently have a new minimum of solar activity, and there has probably been a temperature drop in central China, (usually is warm in the  Wuhan) there has been a severe winter that has caused the outbreak of the epidemic of Coronavirus.

In Wall Streat Journal, I found an article explaining why harsh winters are dangerous for southern China's residents, like Wuhan without heating their homes in the winter. The harsh winter in Wuhan 2019/2020 weakened the resilience of residents and due to the cold, the COVID-19 epidemic broke out. Winter temperatures in Wuhan in January 2020 fluctuated below 10 degrees Celsius during the day and dropped below zero at night. The lack of central heating of houses at such low air temperatures caused an increase in morbidity and an outbreak of an epidemic that spread to China and the whole world. Data on air temperature in Wuhan can be found at:

As the climate of China was warming up in the 20th and 21st centuries, people in China lost their resistance to the climatic conditions of continental winter, and during particularly cold summers and winters, the viruses were developing in the Chinese population due to overcrowding and lack of the disease resistance.

The 1957–58 influenza pandemic, also known as Asian flu, was a global pandemic of influenza A virus subtype H2N2 which originated in Guizhou, China, and killed at least 1 million people worldwide.

The Hong Kong flu (also known as 1968 flu pandemic[1]) was a flu pandemic whose outbreak in 1968 and 1969 killed an estimated one million people all over the world.[2][3][4] It was caused by an H3N2 strain of the influenza A virus, descended from H2N2 through antigenic shift, a genetic process in which genes from multiple subtypes reassorted to form a new virus.

Both epidemics outbrake in the south of China during the years of cooling of the climate ( during solar magnetic activity minimal) as we see on the graph bellow. 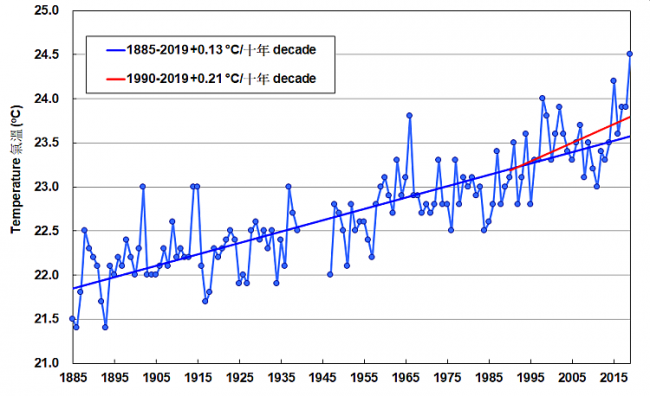 Excerpt from the Wall Street Journal article below. Link to the article:

Mao-Era Policy Provides Heat Up North but None in South; Shivering Citizens Are Fed Up

Mr. Li isn't the only one asking. Heating systems are one of the last areas that remain under China's former centrally planned economy, with government regulators still setting the thermostat for homes, classrooms, and offices across the country. Under the policy, which dates back to Mao Zedong in the 1950s, the government provides heat in the northern half of China, and, to save money, it provides no heat in the southern half. As a result, northerners often wilt in steaming apartments, while those in southern provinces shiver through the winter.

Temperature data in Wuhan in the early 21st century and in 2011:

As the climate of Central Asia will be cooler in the coming future, next winter will generate further mutations of the Covid-19 virus in southern China. This results from my forecast of the Earth's climate presented below. Hong Kong flu outbreak happened in 1968-69 Years during the Colling phase of climate according to data from Hong Kong Observatory.

The apparent, seeming motion of the magnetic pole on the surface of the earth is an indicator of the displacement of the earth's coating (the crust and upper part of the earth's mantle) around the liquid interior of the earth. The Earth's coating, which rotates relative to the ecliptic, notes the changes in the sun lighting of the Earth's surface, and consequently, changes in the location of the climate and precipitation zones. Today the magnetic pole moves eastward to the  Siberia. Its present location near the geographic pole causes that the speed of rotation of the earth increases. It proves the return of the earth's coating to a position of equilibrium. What will be the further movements of the magnetic pole and the earth's coating, and what will they bring? If the North Magnetic Pole approaches Siberia, the earth's coating will move so that Siberia will be close to the axis of rotation of the Earth. The northern part of the Eurasian continent will be in a less sunny and cooler climate, and the southern part will be affected by drought. North America will be in a warmer climate, which in the north of the continent will favor vegetation, and the south of the continent will experience drought. The climatic zones will shift from the current position of about ca. 15 degrees latitude of distance, which will change the spread of vegetation zones. These climate changes will negatively affect food production and human well-being. To prevent the development of an unfavorable global situation, I described in my paper "Survival Technology" link: https://www.academia.edu/35796746/Survival_technology.docx , an action plan that requires international elites cooperation. It is up to the elites to decide if we can realize this plan.

Fires in Australia, Brazil, Israel, and Liban mean that the area of these huge territories moved to the dry climatic zone that extends between the 20  to the 30 parallel.

My well proved climate theory is explained in my book entitled „The new look at the Earth's climate mechanism and the Cosmo-geophysical system of the Earth” which is accessed in the Google Books.