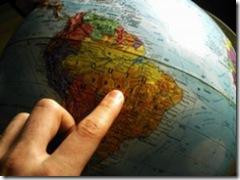 Most of the time when I’m testing my code, I only test it using the en-US culture since, ...well..., I speak English and I live in the U.S. Isn’t the U.S. the only country that matters anyway? ;)

Fortunately, there are Subtext team members living in other countries ready to smack such nonsensical thoughts from my head and keep me honest about Localization and Internationalization issues.

Simone, who is an Italian living in New Zealand, pointed out that a particular unit test that works on my machine always fails on his machine. Here’s the test.

The method being tested simply takes in a date string in an unknown format and performs a few heuristics in order to parse the date.

The way I test this method is very U.S. centric. I call ToString() and then match it to the expected string defined in the Row attributes (I can’t use actual DateTime values in the attributes).

Makes you wonder how anyone over there can keep an appointment with the month and date all backwards like that. ;)

Testing In Another Culture

At this point, I start thinking of convincing my wife to take a vacation in New Zealand so I can test this method properly. Hmmm... that’s probably not going to fly, with the newborn and all.

Another option is to go into my regional settings and change my locale to test temporarily, but that sort of defeats the purpose of automated tests once I change it back. What to do?

Once again, I discover a feature I hadn’t known about in MbUnit that solves this problem (Jeff and Jon, feel free to snicker).

Looking at the MbUnit TestDecorators page, I noticed there is a [MultipleCultureAttribute] decorator! Hmmm, I bet that could end up being useful.

Unfortunately, at the time, this decorator was not documented (I’ve since documented it), so I looked up the code on Koders real quick to see the documentation and saw that I simply need to pass in a comma delimited string of cultures. This allows me to run a single test multiple times, once for each culture listed.

Here is the updated test with my code correction.

One cool note about how decorators like this work in MbUnit is the way it composes with the RowTest’s Row attributes. For example, in the above test, the test method will get called once per culture per Row for a grand total of 12 times.

So now my friends in faraway places will have the pleasure of unit tests that pass in their respective locales and I can feel like a better citizen of the world.