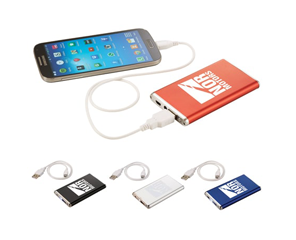 The milliampere hour (mAh) is a unit of electrical charge that is commonly used to measure battery capacity. It is often described as the size of a battery's “fuel tank,” as it measures the total amount of energy that the battery can supply on a full charge. In general, batteries with larger mAh ratings will last longer than those with smaller ratings, assuming that the two are subjected to the same patterns of usage.
On this page you'll see battery 'fuel tanks' ranging from 2600 mAh to 15,000 mAh.