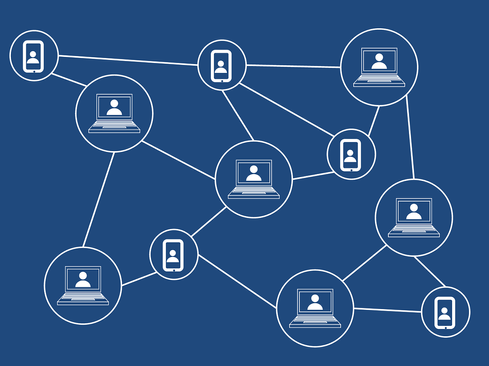 The blockchain invention was introduced by a group of people or an individual called Satoshi Nakamoto, the identity is still unknown. It was created to serve and assist as a public transaction record of the currency bitcoin and to manage the economical and digital information. The invention was created for bitcoin which is the first digital currency of the internet that lets people spend without a trusted authority or a surveillance server. We will talk about the other applications they got inspired through the bitcoin design in the article later.

In our economic, legal and political system, it is important to keep track of online transactions, virtual payments, and contracts. These processes take place with the help of Blockchain Technology. It is necessary because they protect and structurize organizational boundaries and assets. Along with that, they are responsible for maintaining and verifying the identities of different individuals on various levels of significant platforms. All of these are administrative controls and tasks.

Moreover, the interactions are governed among different communities, organizations, nations, and individuals through the Blockchain Technology. It is because this technology helps with managerial tasks and social activities. To manage the economy’s digital information along with critical tools and bureaucracies, blockchain was introduced. It is the technology that runs a virtual currency named bitcoin.

How Does A Blockchain Work?

The blockchain is a rational introduction that keeps evolving into greater capacity by allowing digital information to get distributed apart from being copied. The blockchain technology has become a new type of internet in this digital era. It is by design the modification of data that opens a distributed ledger to keep track of the transactions between two or more groups in a permanent and verified way.

A blockchain is managed through a network that collectively uses inter-node communication and authenticates new blocks. Once the data is submitted into a block and is recorded, it cannot be changed without adding the entire data into other blocks as it requires permission from all the other ones that are connected to the network.

The need for blockchain technology arrived when developers found out that the banking system that this world currently consists of had some defects. They researched that the banks are functioning as the third party and are taking unnecessary transaction fees. Furthermore, in the previous times, payment validation and settlement used to take up to 4 business days but after the arrival of blockchain technology, real-time transactions are possible now locally and internationally.

Beyond the banking system, blockchain has some other uses too that has potentially changed the game with the beneficial technology.

This is considered to be the most effective use of blockchain technology that includes transfer of funds from one group or individual to another. These transactions are possible to occur twenty-four hours a day and seven days a week within a matter of seconds and a few clicks.

Blockchain technology plays an important part in pinpointing inefficiencies within the supply chains of businesses by removing their paper-based trials.

People worldwide faced many identity challenges in different applications. To resolve this identity issue, Microsoft is working on creating digital identification in its Authenticator app which is still in use of numerous people.However, the decentralized digital ID’s are still in process in their early stages of production.

The IOTA crypto-currencies allow data sharing between data recording machines through the help of the internet. It launched a version of beta for its Data Marketplace which demonstrated the use of blockchain in the marketplace where unused data could be shared or sold. The unused data could be shared by blockchain as an intermediary to increase betterment in the industries and organizations.

With the growth of the internet, the issues of copyright and ownership have increased to a high extent. The use of blockchain can let artist or the creator of the content get a fair share with the digital content downloads their copyright material. It will also provide the content creators and artists to get royalty distribution data in real-time.

The blockchain technology lets people vote digitally where no more voting frauds take place. It has the ability to check if the regulators have made any changes on the network or not. Along with the ingenious blockchain technology, digital voting has become very convenient which makes an individual’s vote count.

Blockchain is a complex topic that is taught at university levels as well. It is because blockchain technology needs to get advanced as much as it can by the young generation. Professors assign tasks and assignments to their students related to this topic in the subject of computer science. Often times it confuses students and they keep asking their seniors 'would Someone Write My Dissertation' or can anyone help me with it.