Do you like horror books? If so, have you ever read AUSTRALIAN horror books? Duane Ratswander - an Australian horror writer tells us all secrets of writing horror books. 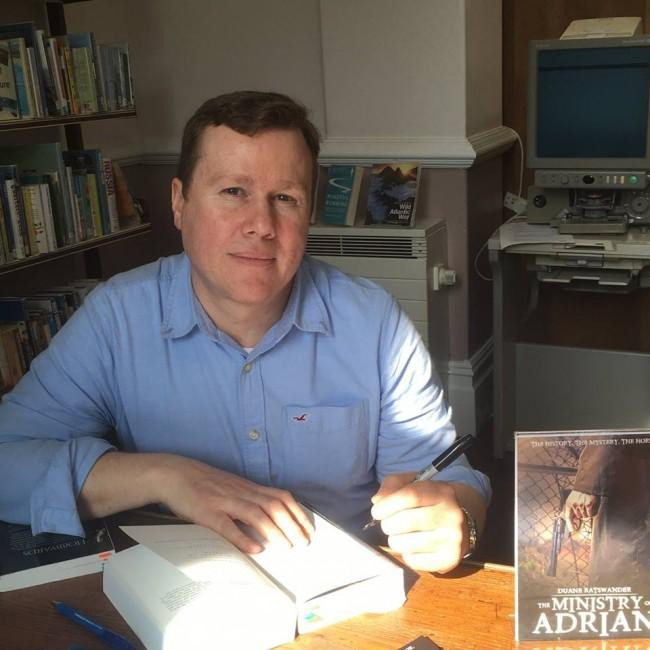 I can’t speak for all horror writers.  I can only speak for myself as an Australian horror writer.  My inspiration to write horror novels comes from my family history.  My grandparents were Polish and they experienced persecution in Nazi-occupied Poland during WWII.  After the war finished they met in a Displaced Persons’ camp in Germany, which is where my mum and uncle were born.  They immigrated to Australia in 1949 and I was raised in a traditional Polish family setting.  My grandmother was from Warsaw and she often told me stories about her experiences during WWII.  These stories form the basis for much of my writing, especially my second novel, The Ministry of Adrian (2019), which is about a teenage Polish-Australian boy who is haunted by the memory of his Polish grandparents and the horror they experienced during WWII.

How long does it take to write a book?

The Ministry of Adrian took me ten years to write.  I worked on the the first draft as part of my Masters at the University of Leeds, between 2010-2012.  Over the next ten I continued working on subsequent drafts of the novel.  During that time I undertook bridging studies in Australian Literature and History at Maquarie University in 2013.  I taught English in China (Beijing) in 2014; and I also taught English in Poland (Warsaw) in 2015.  I never stopped re-drafting The Ministry of Adrian and sending it to various publishers.  But it wasn’t until 2015 that I first had interest from a publisher in the United States.  This publisher offered me some very useful feedback about the manuscript, but they didn’t end up publishing the book.  In 2016 I began my PhD Literature at Federation University, Australia, and in my spare time I continued to work on The Ministry of Adrian.  In 2017 I found a UK publisher for my first novel, Hobbyards, and in 2019 the same publisher accepted the now completed manuscript of The Ministry of Adrian. 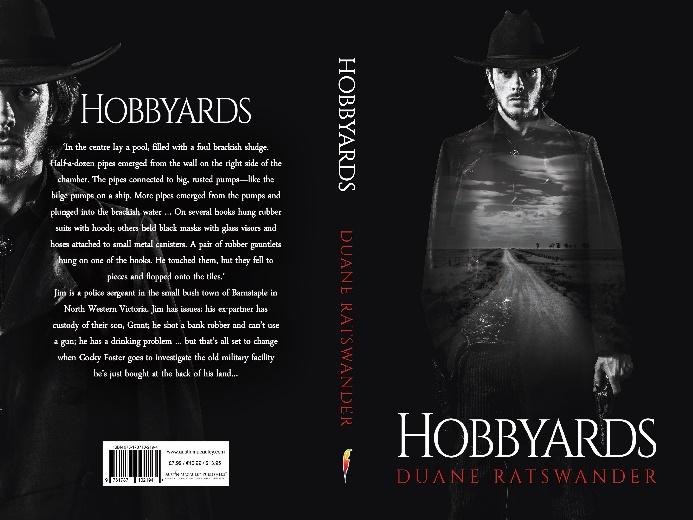 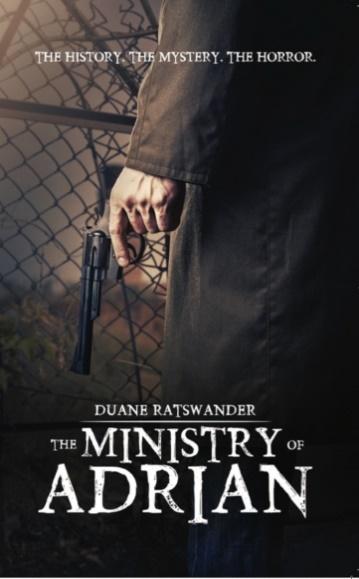 Is it easy or difficult to promote horror books? How do people take it?

I think that it’s difficult to promote Horror novels, as there are only a handful of Horror writers who can actually make a living from their writing.  Although horror has become more mainstream in recent years, Horror novels don’t sell as well as other genres, such as Mystery or Thrillers.  So, if you want to earn a living from writing, you probably shouldn’t write Horror novels.  In saying that, it’s almost impossible for any writer to earn a living from writing, but I think that’s always been the case.  It’s probably a good thing—if there was money to be made then everyone would do it and it would be even harder to get published than it already is.  The truth is writing is an art just like painting, music or dance, and only the most determined practitioners have the passion and commitment to make a career out of it.  In writing, just like any other art form, there are three things you need to succeed:  talent, imagination, and training.  If you lack any of these qualities you probably won’t succeed.  But to answer your question, I don’t really think promoting my writing or what people think of it matters.  A writer always writes for themselves.  If they write for a market or write to try and please other people, they won’t be truthful to themselves and their writing will suffer.  So I think the best thing for any writer is to be honest with themselves, and let their writing speak for itself.

You`re Australian. It is said that in Australia there are more kangaroos than people and many reptiles are much bigger than in other countries. Does it have any influence on your writing?

In my first novel, Hobbyards, I used the small country town of St Arnaud, where I was born, as inspiration for the fictional setting.  My parents were divorced when I was only 2 years old, and I was raised by my mother and my Polish grandparents in the city of Geelong, which is only 50 mins drive from Melbourne.  But on the holidays I would often stay with my dad in St Arnaud.  St Arnaud only has a population of about 3,000 and is surrounded by dense bush.  It is an old gold-mining town, and there are a lot of old mines which have since been filled in.  I would often wander around in the bush outside of town with my dad and my brothers.  On such occassions we’d see lots of kangaroos, snakes and lizards.  Some of the kangaroos are very tall, over 5ft!  And it’s really amazing to see dozens of kanagroos bounding through the bush.  There are lots of venemous snakes, too, such as the Brown Snake which is the most venemous snake in the world.  And I saw lots of Blue Tongue Lizards in the bush around St Arnaud, which as their name suggests are lizards with bright blue tongues.  So, all the descriptions about the Australian bush in Hobbyards are real and come from my own experiences of exploring the countryside around my hometown as a kid. 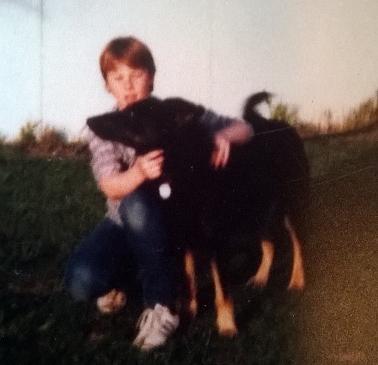 What is The Drop Bear? Why did Aussies create it?

The Drop Bear was created by Australians as a joke, intended to mystify Americans while on holiday in the United States.  During the 1980s it was common for Australians to tell Americans far-fetched stories about kangaroos invading cities and kicking around rubbish bins in the streets.  The Drop Bear was an updated version of this kind of joke.  Personally, I think it’s pretty ridiculous, as it isn’t a myth so it serves no useful function for Australian culture.

Did life „in the vicinity” of the Aboriginal people and their culture have any influence on Aussies`s life and their way of thinking? 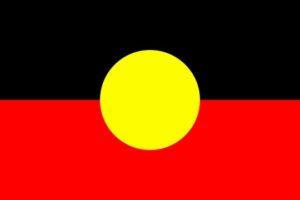 Have you ever heard of the mountain called Mt. Disappointment? Have you ever reached its peak? If not, would you like to?

I’ve heard of Mt. Disappointment but I’ve never been there.  Maybe one day I would like to go there.  My younger brother used to live in Muwiliumbah, far-north New South Wales, and from his back doorstep I could see Mt. Warning in the distance.  Mt.Warning is notable as being the first part of the Australian mainland that the first rays of daybreak strike each morning.  It’s a very beautiful sight!  Australia has so much natural beauty, you really don’t need to go far to see mountains and other natural wonders. 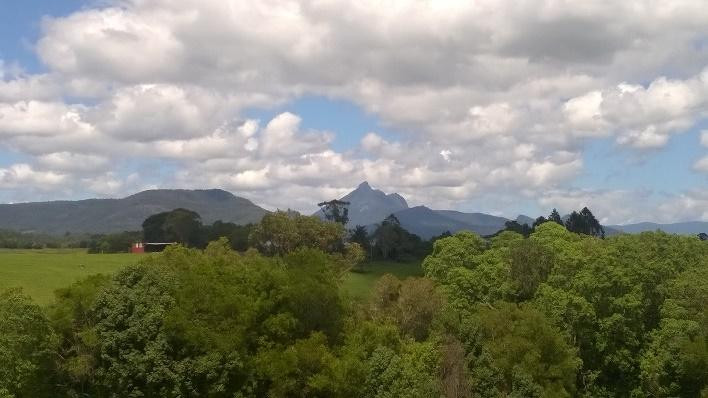 What do Australians think about Europeans?

Australia was founded by European settlers during the late 18th century, mainly from the various parts of the United Kingdom.  During the early 19th century the gold rush attracted many immigrants from Europe who came to try and make their fortune on the gold fields, where it was common to find Irish, Italian, Scottish, German, Spanish and Dutch.  Many of these fortune seekers remained in Australia and quickly intergrated into Australian society.  After WWII there was a new influx of European immigrants who left the devistation of Europe behind for a new life in Australian.  These included Polish, Italian, British, German, Austrian, Russian, Greek, Portugese, just to name a few.  As a result, post WWII Australia quickly became the most multi-cultural country in the world, and Australians are known for being friendly and tolerant of people from all parts of the world.

Unfortunately, every country has its problems, not least of all being the tendency of a minority to hold onto racist or nationalistic ideas.  This was tragically highlighted during the recent terrorist attack in Christ Church, New Zealand, where a home-grown Australian terrorist with far-right views and zenophobic ideologies, murdered innocent people.  Although Australia is for the most part a fair and tolerant society, the disease of racisism, intolerance and far-right viewpoint still exists in isolated pockets of the country.  My second novel, The Ministry of Adrian, addresses such issues, though in an alegorical form.  I was horrorfied when I first learned of the recent attack in New Zealand, as it had direct corelations with The Ministry of Adrian, which explores the character of Adrian who is a deeply disturbed adolescent who harbours far-right views and decideds to use violence to achieve his objecives.

In my first novel, Hobbyards, I address the traditional division which existed between Anglo-Soxon Australians and so-called ‘New Australians’, (which refers to post-WWII European immigrants like my mum and grandmother) after WWII.  My dad is Australian of English descent, and his family comes from country-Victoria, about 2-3 hours drive north of Melbourne.  As I’ve already explained, I grew up in a traditional Polish family in Geelong, but on holidays I used to spend time with my dad in St Arnaud where I was born.  Whenever I visited my dad in the country I was concsious that I was being exposed to a very different culture, with very colourful people, who were so differnent to my Polish grandparents.  This meant that I noticed everything and commited it to memory, so years later when I wrote Hobbyards, it all came pouring out of me.  Although Hobbyards tells the story of monsters which prowl the bush at night, it is really about the racism and intolerance which sometimes still exists in Australia—in this case the Australian bush.  This is represented in the novel by the the harsh language and dramatic interactions between the characters.  This was the main theme I wanted to focus on in Hobbyards.

Do Australians learn foreign languages? If so, which ones?

Australians like to learn foreign languages, just like people in any other country.  Because of Australia’s European history, previously Australians mainly learned European languages for study, travel and business.  But during the 1980s and 1990s there more immigrants from East Asian countries.  Also, this same period saw the rise of the Asian enconomies of Japan and China, both of which are inmportant trade partners of Australian.  For this reason languages such as Japanese, Chinese and Korean have became more popular with Australians perhaps than languages of European countries.  This was probably driven by the needs of universities, government organisations, and the business secotor.  Nevertheless, European languages such as Italian, French and German will always continue to be popular in Australia.  Unfortunately, I don’t speak any languages other than English.  I’m not good at learning new languages.  I’m a writer and I love communicating and writing in English, as it’s a wonderfully rich language that allows me to express myself anyway I choose.  But if I ever learned a new language, it would have to be Polish.

Visit our website: www.culture-corner.com to read super interesting facts about cultures and languages!