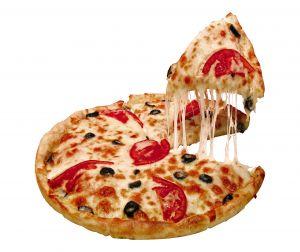 The term pizza covers a lot of territory. If you want to learn all about pizzas, then you should have a bit of a background on pizzas: specifically the history of pizza, pizza origin, pizza facts, and even pizza trivia such as who invented pizza. The subject also delves into the different types and styles of pizzas.

The varieties currently existing defy any attempts at enumeration. Thus, most people who attempt such a task stop at a broad categorization of pizza types according to certain attributes such as crust thickness, crust elasticity, crust baking and cooking procedures, toppings, etc. Aside from general, historical or trivial information, other things are of interest to the pizza lovers.

For instance, homemade pizza enthusiasts would like to know certain tips and tricks for making pizza. This includes pizza making techniques, the best pizza crust recipes, pizza toppings, homemade pizza sauce, etc. Some other interesting topics will be frozen pizza dough and where best to attain them, what are the criteria for choosing the, what are the methods for preparing them, etc.

It must be obvious that this article is a mite ambitious for wishing to tackle something entitled "all about pizza." However, an attempt is definitely warranted, so here goes.

Some pizza facts and trivia

Accounts of pizza history always begin with the origin of pizza. This one might as well follow the same tack. We have to thank any civilization or race that baked flat bread on hot stones or stone ovens for pizza, for almost certainly, bread like the focaccia was the "mother of the pizza crust." However, the invention of the pizza is more properly attributed to the Neapolitans - the people of Naples, Italy who were baking and making pizza crust topped with tomatoes, oil, and Italian herbs, and spices. This rudimentary and traditional Italian pizza was common peasant fare in Naples. If you want an individual originator and inventor of pizzas, however, then you won't be wrong if you cite Rafaelle Esposito - a native of Naples; he modified the basic Neapolitan pizza recipe and came up with three variants that added mozzarella cheese to the rudimentary Italian pizza toppings.

Now, if you are looking for some topics for small conversation, then you must remember the following trivia. One note of caution, though; you shouldn't blurt these out just to anybody or you'll sound decidedly corny and geeky. Make sure you're talking to someone interested in pizzas before you use the following trivia as conversational gambits.

(New Yorkers must admit, however, that if water is the unique characteristic of New York pizzas, one who uses water adjusted for hardness and acidity to reflect New York water conditions, adds all the usual New York pizza ingredients and toppings, follows all the procedures strictly but makes the pizza in New Jersey can conceivably make an authentic, New York style pizza. But such an assertion, some would say, is just plain cheek.) 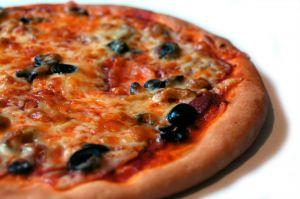 The California style pizza is generally known for gourmet flavors. You can say the California pizza has countless variations. The pizza crust, in this case, is light, crisp and generally well risen. The toppings can be out of this world - generally California pizza makers experiment a lot with all kinds of meat, sea food, breakfast dishes, and vegetable for the toppings.

The Chicago style pizza, on the other hand, is generally crusty and very filling. They are characterized by their raised edges; imagine a pre-baked apple pie crust where you can place the fillings on top. Chicago pizza is usually meaty (some variants come stuffed with cheeses and meat layers) and it is eaten with a knife and fork.

Some pizza making tips and techniques

Hand tossing will help you minimize the lumps in your pizza dough. However, this should be done only after sufficient pizza dough kneading. This process lets your pizza dough develop into the right kind of consistency - that which is suitable for stretching and hand tossing. Hand tossing, however, is not advisable for thick pizza crust varieties.

If you want a crisp and firm pizza that retains its structure even when the moist toppings are added, you can bake the pizza crust before you add the toppings and the pizza sauce. However, for thin pizza crusts, baking the crust after the toppings and sauce have been added is sufficient. For uniform baking and crisping of the crust, use a pizza stone or a pizza screen.

Finally, remember that the protein content of your flour will influence the end product. High-gluten flour will lead to a crisp but chewy crust. Gluten-free flour, however, may lead to very soft dough; additives may have to be used to give the pizza dough strength.

Quick pizza crust recipes and easy homemade pizza recipes of all kinds and style are easily available online. There are tips for baking and preparing frozen pizza dough, making your own pizza dough, preparing the ingredients for the best pizza crust recipe, etc. All you need to start making your very own pizza recipe is an internet connection, a good source of basic pizza recipe, great pizza equipment, your imagination, and lots of time and resources for experimentation.