(Links are to the English version of the book - if available - so everyone can read about them.)

Into the Wilderness series by Sara Donati

Ceniza y Viento (A Breath of Snow and Ashes, #6 in the Outlander series, by Diana Gabaldon)

More Books to Check Out

Percy Jackson and the Olympians  series

Check out this Q/A on Yahoo too

4. Percy Jackson & the Olympians: the the Lightning Thief (118m)

11. El tiempo entre costuras / The Time in Between (DramaFever link)

Okay, so the kids have been singing "Let it Go" enough to drive me crazy, but this video cracked me up, and I decided I should see what all the hoopla was about. It was a cute movie, and the music was catchy.  I can rarely complain too much about Disney movies, except that there are too many orphans..  :D

Since my Spanish is improving quite a bit now, I pay a lot more attention to idioms and translation choices - especially with the music. It is fun to see how they translate and interpret the songs. For instance, "Let it go" is translated as "Libre soy" (I am free).  I"m curious to see how it's translated into other languages, so I may watch it again in French and (maybe Italian). I'm such a nerd. :)

If anyone knows where I can find the Korean or Japanese dubbed version of the film, could you let me know? Torr

"A teenager discovers he's the descendant of a Greek god and sets out on an adventure to settle an on-going battle between the gods."

I actually decided to watch this because I was thinking about reading the books, and I was a little curious about the storyline. From reading reviews, it sounds like the books are far better than the movie. I certainly hope so.  I may decide to pick up the first book once the Super Challenge officially starts, if I run out of other stuff on my to-read list. Or maybe not.

More Books to Check Out

And I better stop listing languages now. I know better than to think I can do more than one or two at a time. :) 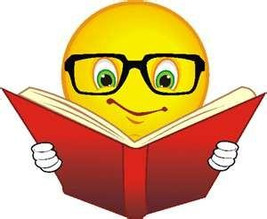 Assimil Books I want to get to

Russian Without Toil / Russian (English base)

I'm far behind where I wanted to be by the middle of 2014 with language learning. That whole thing called life, you know. :)

Now, this has left me feeling a little lost. These have been my two big goals for nearly a decade. I know that they may seem small to many people, but I am a single momma, and I have virtually no security net. I can't put myself out there for a new job that "might or might not" work, and risk being unemployed again. I have to keep a roof over our heads, and the best I can hope for while I'm trying to get all my debt paid off is a secure job. Which I finally have. Now that my biggest goals have been realized, I feel like I need a new goal to focus on.

Well, I got the mess with the house - and the remaining balance after the short sale - taken care of and off my back. Thanks (beyond words) to my mom, who is an absolute angel.

Now, I just need to find a way to start making more money, which means I need to get started on some of my marketing projects. One of the ideas I have been thinking about is using my affiliate site for a great big international bookstore. A central place where you can find multiple languages, learning materials, kids books, audio books, DVDs, music, reading books, you name it. All under "one roof" - where you can legitimately buy a real copy of whatever you want in/for your target language. Sure, it will be awesome for language learners, but think of immigrants, refugees, ex-pats.   If you introduce someone to the affiliate site, you will earn from ALL their purchases, so once you refer them, they are "yours" forever. Which could be really awesome if you find someone like Serpent who is interested in 15 languages. :)

Besides earning commission from buyers, you can refer stores to sell their stuff, a little like eBay offers storefronts for sellers (only this place is free). You earn a piece of commission from every sale made by that store (forever).  Plus, if you find other people to join your team (as an affiliate), then you can earn a small piece from all THEIR sales, too. It's a little complicated, but it really has the potential (long-term) to bring in a very good, steady income.

I actually want to start a separate site, which will direct people by language and what they are looking for. For example, there would be a Korean page with links to the stores that sell Korean books, DVDs, etc. Also, if there are stores located in different countries, then I could list that information too, so you can decide which is the best deal (with shipping costs) for what you're interested in.

This idea actually grew out of the idea of finding local bookstores around the world to sell Harry Potter books in their local languages. In the US, it's fairly easy to get Spanish and French books, but it is much harder to get Japanese or Slovak books, for example. I might start a separate site for something like that, and link the two sites, kind of like UZ and GL do.

I know there's *so much* stuff available online (free, if not necessarily legal), but I would really love to see a site where people could LEGALLY get their hands on the books they want in and about other languages. I know this will not happen overnight (although, if I could get someone like Benny onboard ... hehehe), but I am planning to start working on this over the next month or two. If anyone happens across this and would be interested in helping me promote such a site once it's running, please let me know!  (My email is at the bottom of the page.)