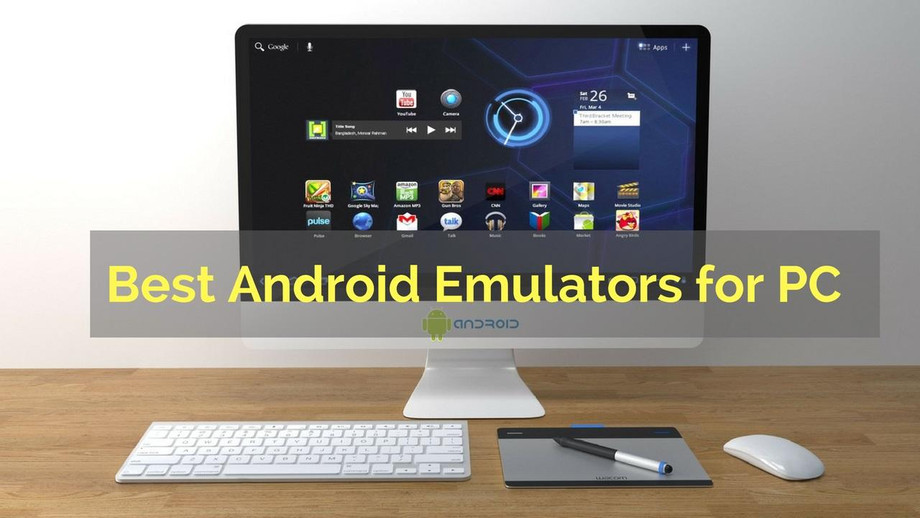 Android emulator for PC or MACs is one of the best for gamers to focus and improve their gaming skills. There are many reasons for emulating Android on your Windows PC because with the help of emulation it is much easier to test apps on-screen or desktop than on a mobile device.

Android developers can debug their app right onto their desktops and gamers can enjoy any game on a bigger screen. Android Emulator for PC is very popular and favorable for players and gamers who want to play mobile games with a larger screen and faster processor.

Generally, it provides a virtual environment, or in other words, it is an Android Virtual Device (AVD) in which you can try or test your android applications on your PC.

Nowadays there are numerous Android emulators present for PCs and Macs. These android emulators are especially for those who are wondering that they have a variety of features available on a single application.

There are three main uses for emulators-

1. The First is for Gaming– Gamers can use emulators on their computers to make some easy to play games. Here, gamers don’t have to rely on the battery life of their devices and the existence of macros and other tricks help the process.

In most cases, these little tricks aren’t illegal (in most games) so nobody really has a problem with it. The best Android emulators for gaming include LDPlayer, Bluestacks, MeMu, KoPlayer, and Nox.

2. The Second use case is Development– Android app and game developers like to test apps and games on as many devices as possible before their actual launch. Usually, the Android Studio emulator is fine for this kind of work.

However, Xamarin and Genymotion are also considered excellent for this type.

3. The Third is Productivity– This isn’t nearly as common because Chromebooks are cheaper and better for using Android apps on something other than a phone and most productivity tools are cross-platform. Any gaming emulator works as a productivity emulator to some extent.

Are Android Emulators Safe for PC?

Generally, the working of an emulator is to process Android apps and games on your Windows (PC) and Mac devices. According to my review, the emulator is completely safe and risk-free while using, However, it is easily enabled to sync information from your android phone to the devices on which you are using that emulator.

What is the Fastest Android Emulator?

What’s the Simplest and Most Compact Android Emulator for the PC?

If you are looking for a beast emulator for gaming besides Blue stacks and Nox, you can simply use an LD player. This player is one of the lightest, stable, and fast running emulator in all the gaming applications.

What is the Best 3d Emulator for Android?

Citra is possibly the best and most advanced Nintendo 3DS emulator for Android smartphones.

Android emulator for PC work on the principle of proper platform visualization for both hardware and software. It helps in translating ABI to match the host device. Then the user integrates it with the operating system and runs it like a program or application on their computers.