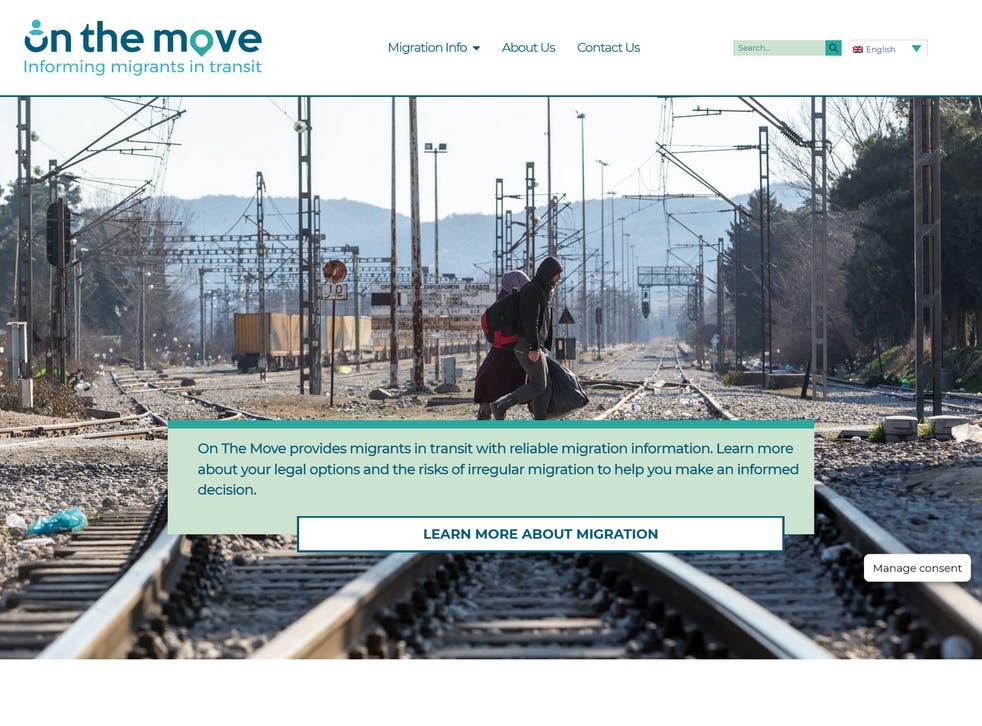 Seefar is behind websites including ‘On The Move’, which was used in a Home Office campaign to deter Channel crossings

(On The Move)
The government has given at least £2.7m to a company behind “inhumane and ineffective” communications programmes trying to reduce small boat crossings, it can be revealed.

It is now planning to pay £100,000 for a separate drive to advertise the Rwanda deal in different languages on social media, in the hope that migrants will be put off travelling to Britain.

An investigation by The Independent shows that the Home Office has funded numerous “migration behavioural change” campaigns in recent years with the aim of deterring irregular journeys.

But the number of asylum seekers crossing the English Channel in small boats rocketed to a record of over 28,000 last year.

The company describes itself as a “leader in the migration field”, which conducts “migration awareness-raising and behavioural change campaigns”.

It is behind websites including “On The Move” and “The Migrant Project”, which claim to “enable migrants to make informed decisions” and offer advice and helplines in multiple languages.

A breakdown obtained by The Independent showed the Home Office has given Seefar six-figure sums for projects including “France migrant comms” and “overseas communications”.

The most recent chunk of funding, £40,600, went towards a “migrant deterrence communications campaign” in 2020-21.

It saw Seefar set up a website called On The Move, which had a .org domain and appeared to be a charity “providing migrants in transit with reliable migration information”.

The site focused on “the risks of irregular migration” and encouraged readers to use “safe and legal alternatives” – without detailing how to claim asylum or apply for resettlement in the UK.

“You have a choice,” read the On The Move website. “Don’t risk your life and waste hard-earned money trying to reach the UK.” 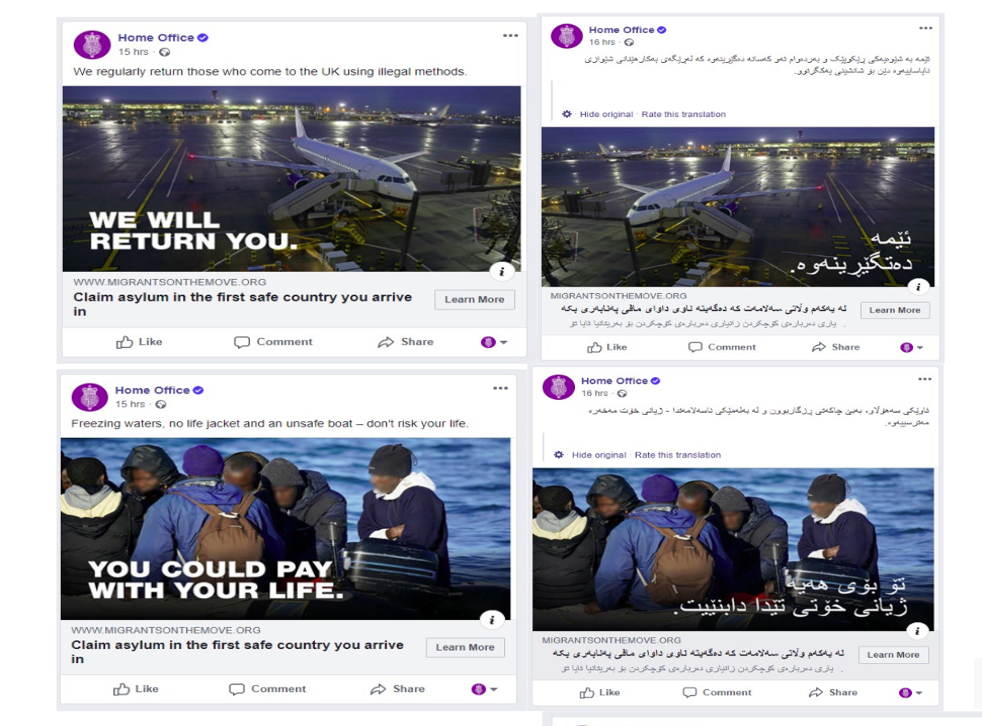 The Home Office paid a further £23,200 for targeted adverts to be placed on Facebook and Instagram in English, Kurdish, Arabic, Persian and Pashto, linking to the website and carrying slogans including “don’t put you or your child’s life in danger”, “we will return you” and “there is no hiding place”.

No analysis of the campaign’s effectiveness has been made public and On The Move was deleted following the end of the Home Office contract in December.

The government is due to give Seefar an undisclosed amount of money under an ongoing three-year contract to provide a “training provision framework” for a department that “delivers strategic capability development programmes overseas on behalf of the Home Office”.

Seefar did not respond to questions from The Independent, including on the purpose of its communications projects and how they were delivered. 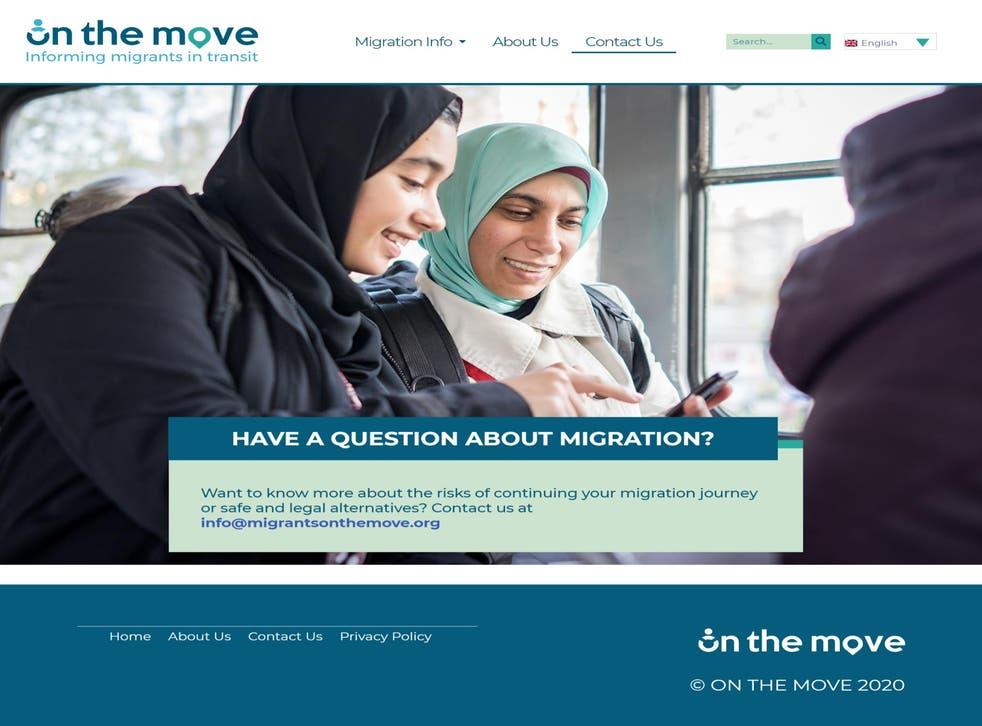 It did not say whether it had any evidence on the effectiveness of programmes funded by the British government, or if it would be pitching for the new campaign advertising the Rwanda deal.

The Home Office refused a second FOI by The Independent seeking further details of the programmes it funded, saying it would cost too much money to find the information.

“Nobody wants to see people have to risk their lives in small boats simply to ask the UK for sanctuary. The government must create a compassionate and just protection system that provides routes for refugees to reach the UK and treats people with dignity once they arrive.

“Time and money would be better spent investing in resettlement, speeding up and improving decision-making or granting the right to work, not on murky websites or racist and cruel plans to deport people 5,000 miles away.”

Questions over whether the government’s deal with Rwanda, plans to criminalise small boat crossings and a punitive package of laws will act as a deterrent have been raised in parliament by MPs and peers.

Matthew Rycroft, the Home Office permanent secretary, refused to sign off the Rwanda deal on the basis “sufficient evidence cannot be obtained to demonstrate that the policy will have a deterrent effect significant enough to make the policy value for money”.

“Instead, she has doggedly pursued the Australian model of offshore processing and detention, which has made billions for a handful of global corporations but failed to deter refugees from trying to rebuild their lives in safety.”

The Home Office said that not all of its spending on Seefar had been on deterrence communications relating to Channel crossings.

It said some communications had focused on modern slavery in Nigeria, although the aim was to educate women “on the risks and signs of slavery before they consider travel to the UK”.

A Home Office spokesperson said: “Criminals are exploiting vulnerable people for profit, selling false dreams of life in the UK and putting lives in danger with every crossing they sell.

“Men, women and children have died making this deadly journey and we make absolutely no apology for communicating potentially lifesaving information to migrants.

“Anyone considering attempting to get to the UK by illegal means needs to know that the UK’s rules have changed, they may now be considered for relocation to Rwanda and that there are safe and legal options available to them – this is the focus of our communications plans.”