The Future Of NFT’s

Written by Guy Elhanani - a blockchain expert and consultant

We all heard about NFT’s and Bored apes in the last year. Every project now has NFT’s and every artist is now creating NFT’s. It became hype and trendy for almost every Blockchain company to have.

People are flipping NFT’s for a living and many people are making life changing profits.

We even see today that Gaming projects are raising millions in NFT’s as an additional source of fund raising. 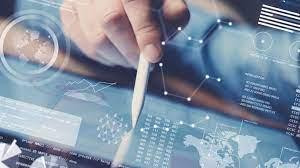 Different surveys show a different percentage of people who currently own NFT’s and people who plan to own NFT’s but they all share the same stats that it’s about to double and keep growing.

It feels like we’re in an NFT bubble which can’t sustain itself long term and will eventually explode..

Most of us correlate NFT’s to art and digital images but NFT’s are much more than that.

Properties for example are starting to be sold as NFT’s. Large retail and E-commerce companies are starting to sell their merchandise as NFT’s. Singers and recording artists are selling their songs or parts of songs as audio NFT’s. Sports team are selling merchandise, memorabilia, Highlights top videos, seats in the stadium as NFT’s and these are just a few examples.

So while the NFT art bubble might at some point explode then I believe NFT’s are here to stay and become more and more popular in different areas of our lives.