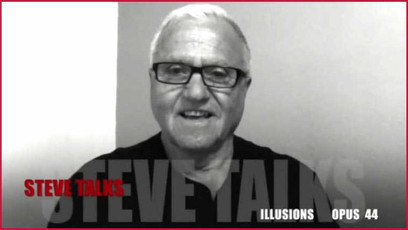 Like Sandy Hook, Parkland was a Psychological Operation to promote Gun Control in the US.

The current attack on the first amendment by social media platforms, (ie: Facebook, Google and Twitter) is suppressing vital information on this topic. -  http://stateofthenation2012.com/?p=94576

(SOTN) “The United States has been under the complete control of the “Very Deep State” (much deeper than Deep State) for decades.

The “Very Deep State” (VDS) uses the alphabet soup agencies of the U.S. Intelligence Community to monitor and police every sphere of life in American society.

Like the Soviet Union of the last century, there are no secrets.  Only now there really are NO secrets anywhere in the 50 states.

Not only is there is a vast network of undercover citizen spies who operate in every county,  agents of the VDS are surreptitiously inserted into every organization of note nationwide.

The present National Security State, with its full-spectrum surveillance regime and spying apparatus, functions as a full-blown, communist police state (where the FBI=KGB, literally).

The Shadow Government (a clandestine, autocratic and all-powerful global entity), that oversees the U.S. Federal Government, uses Operation Gladio C (via NATO command and control) in order to manufacture consent via government-sponsored terrorism.

Mass shootings (Sandy Hook and Parkland to name only 2) are methodically used in this way to terrorize the body politic into supporting draconian measures that erode the sovereignty provided by the US constitution by subverting the First and Second amendments.

Undermining the American Republic is the single most important objective of Operation Gladio C.

Other nations are experiencing their own versions of Operation Gladio C as seen throughout the European Union, the Middle East, South Asia, Central and South America, Mexico, etc.”     http://stateofthenation2012.com/?p=94576