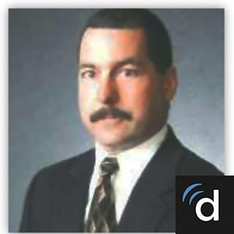 “I have been dark for the most part since this pandemic thing started. I have seen enough now that I feel it is time to share my experiences and thoughts. I am not an “Expert” like you see on CNN. However, I did earn a BS in combined sciences with an emphasis in biology and chemistry, a Doctor of Medicine degree, and completed an Internal Medicine Residency and Cardiology Fellowship. I also did post graduate work towards a PhD in Physiology, completing essentially everything short of the final few experiments to complete my thesis. I did extensive lab work using molecular biology looking at heat shock proteins. I also spent 25 years in the military working on numerous staff’s, participating in exercises and courses covering the spectrum of CBR warfare to medical logistics, Naval War College, etc. I have been a practicing Interventional Cardiologist for 25 years.

When this COVID-19 “pandemic” started, I was skeptical and felt there was a lot of people and politicians overreacting. By the end of March, I was asked to be part of our Hospital Incident Command System. At that time, I remained a little skeptical, but did my job to plan for the “worst case scenario”. I did this based on projections and models, realizing full well that no plan survives the first shot. I watched the local and national news, tract data from numerous sources, and read people’s responses and comments on social media. As time went on, the dots became less and less connected. Things didn’t and don’t add up. I am no longer skeptical, now I am convinced this entire “pandemic” has been massively mismanaged and when this is looked at retrospectively in the future, nothing short of a massive Charlie Foxtrot. Several comments/observations:

• First, I believe this virus was not naturally occurring, but genetically manipulated. I still have not formed an opinion as to whether the release was accidental or intentional.

• I think this virus was present at least several months prior to being recognized.

• People need to understand that the entire draconian response that we are witnessing was designed with a mission statement to “flatten the curve”. Not to save lives, reduce deaths or anything like that. Flattening the curve is like squishing a water balloon. You don’t change the volume in the end. You just spread things out over a longer period of time- thereby not overwhelming the hospitals.

• New York and Ohio are different. So is Wyoming and South Dakota and every other geographical area in the country. It makes no sense to develop blanket policies and apply them to a very big and diverse country. This includes nearly every policy developed by medical professional organizations, regulatory bodies, state and local health departments and the government as a whole.

• I believe Dr. Amy Acton in Ohio is a very smart person and has the best intentions at heart, but she suffers from tunnel vision and lacks “operational experience”. She was assigned a mission and will do anything to complete it- without taking into account all of the impact and unintended consequences her decisions caused. I don’t fault her, I was once a ‘young’ battalion surgeon at a Combined Arms Exercise (CAX) with 3/25 Marines. I had tunnel vision then and didn’t give a rat’s ass about anything but taking care of my battalion. Later as a little older Regimental surgeon and the MAGTF surgeon at CAX, I had a new perspective. Now I was the one all the other medical personnel below me bitched about, claimed I was taking their assets or personnel. It was because now I was responsible for not just a battalion, but an entire Marine Air Ground Task Force. And more importantly, not only was I responsible for the medical care of the MAGTF, my overriding and primary objective was to complete the assigned mission of the commanding general. Way too many policies and decisions were made based on the wrong “mission statement”. In my opinion, the mission statement should have been something like “To develop policies and procedures to mitigate/minimize the impact of COVID-19 on the population and the normal operation of the country.”

• This virus is much more prevalent than reported or realized. Some studies suggest, 50 times more people have been exposed than detected. I suspect that it’s much larger. So, if we accept the 50X number, for every diagnosed case, there are 50 people out there that have it. Of those diagnosed, 80-90+% have either no symptoms or minimal to moderate symptoms. A small percentage get seriously sick, and many will die. Those that die in general are old, have other medical issues and comorbidities. Yes, I know, there are the occasional children and young people that get sick, have other manifestations (Kawasaki like illnesses, strokes, etc.), however you see that in most viral illnesses, such as the flu. It just receives absolutely no attention from the media or social media.

• This virus will run it’s course and we can’t stop it. We may change it’s velocity or trajectory, but in the end, the same number of people will die. Keep that in mind. The same number will die. We have destroyed the economy and in the end the only thing we will be able to show is an economy in shambles and policy changes that have far reaching and irreversible consequences.

• For those of you that argue it is worth giving up “freedom” for “protection”- you are dead wrong. And in the end, you will have given up freedom and not be any safer.

• Again, we have done nothing to “cure” anyone. There is no FDA approved treatment. Hydroxychloroquine has been reported to be effective in numerous small trials. The drug is safe and cheap. Most of the military have taken it at some point. The use of this drug has been affected by politics and finances. The media and pharmaceutical companies do everything in their power to discredit a drug that cost $0.06 and is mentioned by Trump for another unapproved drug that cost $1,000.00 a day. Am I being cynical? Maybe. But keep following the money.

• “Herd Immunity” is the only thing that will really protect us. Either by vaccine (which doesn’t exist yet) or naturally occurring. By that, people need exposed, infected and then develop antibodies and immunity.

• High risk people, the frail, the sick, the elderly- they should be social distancing, sheltering in place and wearing a mask. Otherwise mask and gloves are stupid and largely ineffective. A huge waste of resources.

• Speaking of wasting resources- wiping down every grocery cart, limiting access to stores, and all of the other stupid things we are doing haven’t shown to really do anything. Just wash your hands.

• Closing the schools was a mistake. All of the policies being made to reopen some time with desks 6 feet apart, not allow kids to eat in the cafeteria, etc. are not going to be effective, not protect anything, cost an immense amount of money and place a huge unnecessary burden on the school systems. Kids for the most part do really well and account for a small fraction of the cases, despite what the media tells you. They are little vectors of disease. If they stayed in school, they would all have been exposed, immune and happy and healthy, and no longer be a risk to their grandparents and other relatives at risk.

• Life in this country will never be the same. The “new norm” isn’t normal at all. In fact it’s bullshit.

• The unintended consequences of our decisions have yet to be realized but will be far reaching. I am going to LMAO once the Sokolove Law commercials come out looking for people exposed to hand sanitizer who have cancer. Just wait, it’s coming.

• There will be a “second wave” as we relax the martial law mandates. It is inevitable. Again, we didn’t do anything to stop the virus.

• If the government tries to tighten things up again, I do not think people will comply this time. Sure, the uninformed sheep will, but most people won’t.

• Yes, I know some of you had this and were really sick, felt like hell. That’s what viruses do. That’s what the flu does too.

• Yes, I know this isn’t the flu. The major difference clinically though is that there is no immunity anywhere. So, it is much more virulent. But it also isn’t some alien virus like the Andromeda Strain.

• There is most likely going to be a major food shortage this Summer and Fall. Partially due to supply chain disruption, decreased production and panic buying.

• There will likely be a spike in violent crimes- hungry people do things like that. Plus, many communities are being forced to cut back on social services due to decreases in revenue. Our local community has cut 10% of the police force because of revenue shortfalls.

• If the virus gets introduced to a tight group of old and frail people with multiple medical problems and no immunity- many will get infected and many will die. That’s what happens in nursing homes. It happens with the flu too, just not as bad because some partial immunity and protection from the flu vaccine. But it still happens.

• All of the statistics are garbage. When the State comes out and instructs you to list COVID-19 as the cause of death on death certificates regardless of actual cause of death, something is wrong. The asymptomatic COVID-19 + person hit by a truck didn’t die from the virus. Then 2 weeks later you are instructed to count a suspected case as an official case- we will never be able to look at the data and draw reasonable conclusions.

• The sooner people get out and get on with their lives, the better we all will be. A flatten curved is just a long drawn out tragedy causing far more harm than good.

• There is going to be increasing polarization in society, it has already been pretty bad. But mix in an election year and throw in a pandemic, gasoline on the fire.

• Speaking of gasoline- when oil hit -$40.00/barrel (that’s negative forty dollars), think what that means. Yea, maybe lower gas prices, but it also crippled the American oil industry. The environmental extremist may be thrilled- but wait until they are hungry. The appearance of the virus during this glut is one thing that makes me wonder about an intentional release of the virus.

• The next war isn’t going to be guns and bombs- but economic warfare, cyber warfare using viruses to wreck economies.

• The future isn’t really that bright.”