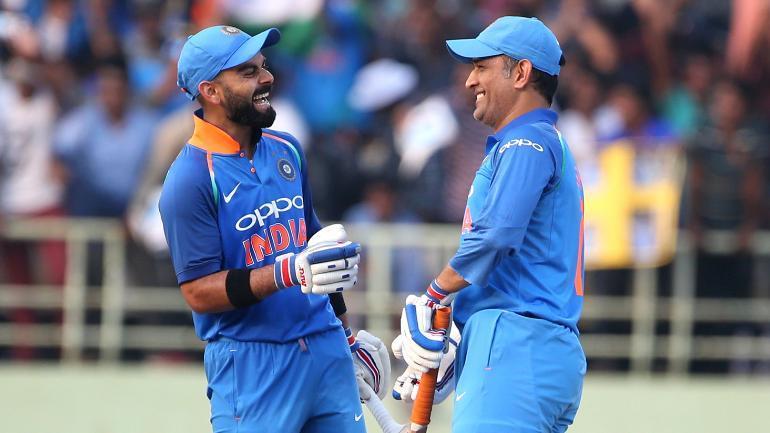 Ever since the conclusion of the ICC World Cup 2019, the future of MS Dhoni has been the talk of the town. The former skipper, however, has not come forth to talk about the issue.

Nonetheless, the fans expected to see India's fine gloveman back on the ground post the World Cup. But it wasn't the case though, Dhoni took a sabbatical from the game right after India lost from New Zealand in the semi-final.

The selectors of India National Cricket Team didn't include Dhoni in the home T20I series against South Africa. However, Dhoni himself asks for a break. He went to Kashmir for helping out in the Paramilitary forces.

In the meantime, Virat Kohli on Tuesday gave a sarcastic reply to the journalist when asked about the former skipper. India had won a washout three-match Test series against South Africa on Tuesday. Kohli & Co. won the third match by an innings and 202 runs. During his interaction with media post the series win, a journalist asked Kohli whereabouts of Dhoni. In response, the Indian skipper smiled and replied.

The former Indian skipper is away from all the cricket events and media at the moment. And not even the Kohli but the new BCCI president Sourav Ganguly is also clueless about Dhoni's future in cricket.

However, Ganguly said to ask Dhoni and the team selectors regarding the issue once he joins the office on the 24th. “I will find out from the selectors when I meet them on October 24. We will find out what the selectors are thinking and then I will put forth my opinion,” told Ganguly last week.

He further added that “We will have to see what Dhoni wants. I will also speak to him about what he wants to do and what he does not want to do. Since I was not in the picture, it may be a case that it’s not clear with me as of now. Now I am in a position to find out and then will decide on the way forward.”

India will be commencing their next home series against Bangladesh from November 3. They will have a three-match T20I series followed by a two-Test match series. After Bangladesh, West Indies is next in line to tour India.