As more and more people are tested for COVID-19, the percentage of predictable deaths continues to shrink to mortality rates below what FLUZONE manufacturers predict in their own literature. 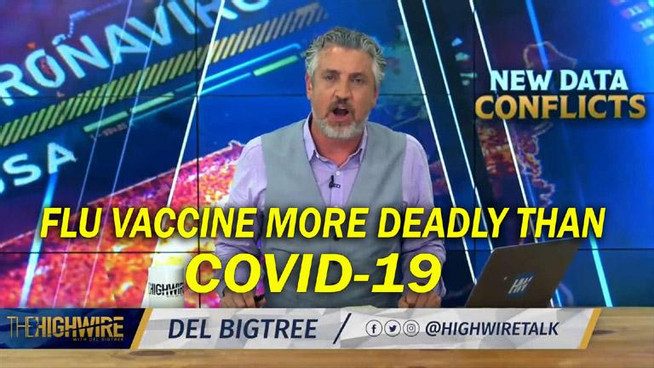 Two clinical studies have evaluated the safety of Fluzone High-Dose.

Study 2 (NCT01427309, see http://clinicaltrials.gov) was a multi-center, double-blind post-licensure efficacy trial conducted in the US and Canada over two influenza seasons. In this study, adults 65 years of age and older were randomized to receive either Fluzone High-Dose or Fluzone (2011-2012 and 2012-2013 formulations). The study compared the efficacy and safety of Fluzone High-Dose to those of Fluzone. The safety analysis set included 15,992 Fluzone High-Dose recipients and 15,991 Fluzone recipients.

That rate is much lower than the numbers used in the horrifying projections that shaped the government response to the epidemic. 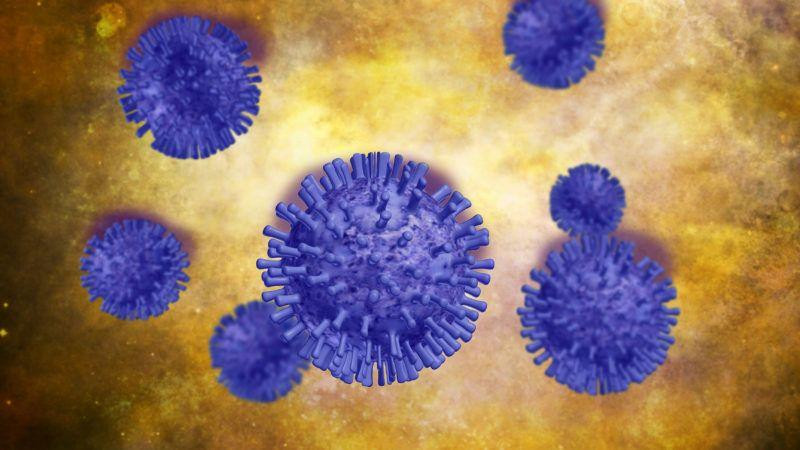 According to the Centers for Disease Control and Prevention (CDC), the current "best estimate" for the fatality rate among Americans with COVID-19 symptoms is 0.4 percent. The CDC also estimates that 35 percent of people infected by the COVID-19 virus never develop symptoms. Those numbers imply that the virus kills less than 0.3 percent of people infected by it—far lower than the infection fatality rates (IFRs) assumed by the alarming projections that drove the initial government response to the epidemic, including broad business closure and stay-at-home orders.

The CDC offers the new estimates in its "COVID-19 Pandemic Planning Scenarios," which are meant to guide hospital administrators in "assessing resource needs" and help policy makers "evaluate the potential effects of different community mitigation strategies." It says "the planning scenarios are being used by mathematical modelers throughout the Federal government."

The CDC's five scenarios include one based on "a current best estimate about viral transmission and disease severity in the United States." That scenario assumes a "basic reproduction number" of 2.5, meaning the average carrier can be expected to infect that number of people in a population with no immunity. It assumes an overall symptomatic case fatality rate (CFR) of 0.4 percent, roughly four times the estimated CFR for the seasonal flu. The CDC estimates that the CFR for COVID-19 falls to 0.05 percent among people younger than 50 and rises to 1.3 percent among people 65 and older. For people in the middle (ages 50–64), the estimated CFR is 0.2 percent.

That "best estimate" scenario also assumes that 35 percent of infections are asymptomatic, meaning the total number of infections is more than 50 percent larger than the number of symptomatic cases. It therefore implies that the IFR is between 0.2 percent and 0.3 percent. By contrast, the projections that the CDC made in March, which predicted that as many as 1.7 million Americans could die from COVID-19 without intervention, assumed an IFR of 0.8 percent. Around the same time, researchers at Imperial College produced a worst-case scenario in which 2.2 million Americans died, based on an IFR of 0.9 percent.

Such projections had a profound impact on policy makers in the United States and around the world. At the end of March, President Donald Trump, who has alternated between minimizing and exaggerating the threat posed by COVID-19, warned that the United States could see "up to 2.2 million deaths and maybe even beyond that" without aggressive control measures, including lockdowns.

One glaring problem with those worst-case scenarios was the counterfactual assumption that people would carry on as usual in the face of the pandemic—that they would not take voluntary precautions such as avoiding crowds, minimizing social contact, working from home, wearing masks, and paying extra attention to hygiene. The Imperial College projection was based on "the (unlikely) absence of any control measures or spontaneous changes in individual behaviour." Similarly, the projection of as many as 2.2 million deaths in the United States cited by the White House was based on "no intervention"—not just no lockdowns, but no response of any kind.

Another problem with those projections, assuming that the CDC's current "best estimate" is in the right ballpark, was that the IFRs they assumed were far too high. The difference between an IFR of 0.8 to 0.9 percent and an IFR of 0.2 to 0.3 percent, even in the completely unrealistic worst-case scenarios, is the difference between millions and hundreds of thousands of deaths—still a grim outcome, but not nearly as bad as the horrifying projections cited by politicians to justify the sweeping restrictions they imposed.

"The parameter values in each scenario will be updated and augmented over time, as we learn more about the epidemiology of COVID-19," the CDC cautions. "New data on COVID-19 is available daily; information about its biological and epidemiological characteristics remain[s] limited, and uncertainty remains around nearly all parameter values." But the CDC's current best estimates are surely better grounded than the numbers it was using two months ago.

A recent review of 13 studies that calculated IFRs in various countries found a wide range of estimates, from 0.05 percent in Iceland to 1.3 percent in Northern Italy and among the passengers and crew of the Diamond Princess cruise ship. This month Stanford epidemiologist John Ioannidis, who has long been skeptical of high IFR estimates for COVID-19, looked specifically at published studies that sought to estimate the prevalence of infection by testing people for antibodies to the virus that causes the disease. He found that the IFRs implied by 12 studies ranged from 0.02 percent to 0.4 percent. My colleague Ron Bailey last week noted several recent antibody studies that implied considerably higher IFRs, ranging from 0.6 percent in Norway to more than 1 percent in Spain.

Methodological issues, including sample bias and the accuracy of the antibody tests, probably explain some of this variation. But it is also likely that actual IFRs vary from one place to another, both internationally and within countries. "It should be appreciated that IFR is not a fixed physical constant," Ioannidis writes, "and it can vary substantially across locations, depending on the population structure, the case-mix of infected and deceased individuals and other, local factors."

One important factor is the percentage of infections among people with serious preexisting medical conditions, who are especially likely to die from COVID-19. "The majority of deaths in most of the hard hit European countries have happened in nursing homes, and a large proportion of deaths in the US also seem to follow this pattern," Ioannidis notes. "Locations with high burdens of nursing home deaths may have high IFR estimates, but the IFR would still be very low among non-elderly, non-debilitated people."

That factor is one plausible explanation for the big difference between New York and Florida in both crude case fatality rates (reported deaths as a share of confirmed cases) and estimated IFRs. The current crude CFR for New York is nearly 8 percent, compared to 4.4 percent in Florida. Antibody tests suggest the IFR in New York is something like 0.6 percent, compared to 0.2 percent in the Miami area.

Given Florida's high percentage of retirees, it was reasonable to expect that the state would see relatively high COVID-19 fatality rates. But Florida's policy of separating elderly people with COVID-19 from other vulnerable people they might otherwise have infected seems to have saved many lives. New York, by contrast, had a policy of returning COVID-19 patients to nursing homes.

"Massive deaths of elderly individuals in nursing homes, nosocomial infections [contracted in hospitals], and overwhelmed hospitals may…explain the very high fatality seen in specific locations in Northern Italy and in New York and New Jersey," Ioannidis says. "A very unfortunate decision of the governors in New York and New Jersey was to have COVID-19 patients sent to nursing homes. Moreover, some hospitals in New York City hotspots reached maximum capacity and perhaps could not offer optimal care. With large proportions of medical and paramedical personnel infected, it is possible that nosocomial infections increased the death toll."  Ioannidis also notes that "New York City has an extremely busy, congested public transport system that may have exposed large segments of the population to high infectious load in close contact transmission and, thus, perhaps more severe disease."

More speculatively, he notes the possibility that New York happened to be hit by a "more aggressive" variety of the virus, a hypothesis that "needs further verification."

If you focus on hard-hit areas such as New York and New Jersey, an IFR between 0.2 and 0.3 percent, as suggested by the CDC's current best estimate, seems improbably low. "While most of these numbers are reasonable, the mortality rates shade far too low," University of Washington biologist Carl Bergstrom told CNN. "Estimates of the numbers infected in places like NYC are way out of line with these estimates."

But the CDC's estimate looks more reasonable when compared to the results of antibody studies in Miami-Dade County, Santa Clara County, Los Angeles County, and Boise, Idaho—places that so far have had markedly different experiences with COVID-19. We need to consider the likelihood that these divergent results reflect not just methodological issues but actual differences in the epidemic's impact—differences that can help inform the policies for dealing with it.