Global Warming and Its Effect on Climate 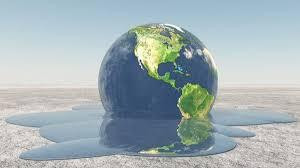 For some of us, climate change is not a reality. Many of us might think that "so what if the temperature of the Earth is increasing, it is none of our business." But what if I tell you that global warming is now a reality and climate change is an issue not only for Polar Bears but also for us as human beings. In my childhood, I used to encounter this word only when I have to write my essay on global warming but sadly now it is being discussed everywhere yet no measures are taken to cope with it.

Causes and Effects of Climate Change

The causes of climate change can be natural and artificial. Natural causes are:

While artificial causes are:

So now you may be thinking that what are the effects of climate change?

The problem of global warming is quite severe, and there should be some strategies to cope up with the problem. In order to do that both government and civil society should work hand in hand. Only then this cancer can be treated without doing further damage. The main cause of global warming is greenhouse gases; therefore, emission of these gases must be reduced.

Now the question is how to do that? We can do that by reducing the use of gasoline and electricity.  Another effective way to reduce global warming is reuse. This is an effective way of reducing global warming because the daily garbage that is produced is huge and due to this, deforestation takes place which is also playing a huge role in global warming.

It is safe to say that our Earth is sick and we have to take effective measures to heal it. Unfortunately, human beings are at in danger due to global warming, but still, we are causing it. We must take some safety measures before we destroy our mother nature completely.