Yisroel Dovd Weiss is the spokesperson for the organisation Jews United Against Zionism. He's flown into Washington DC from Israel to support Ilhan Omar. 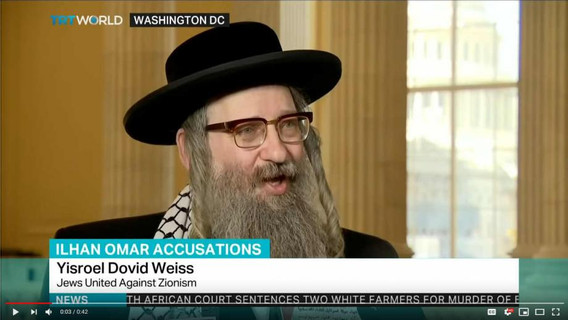 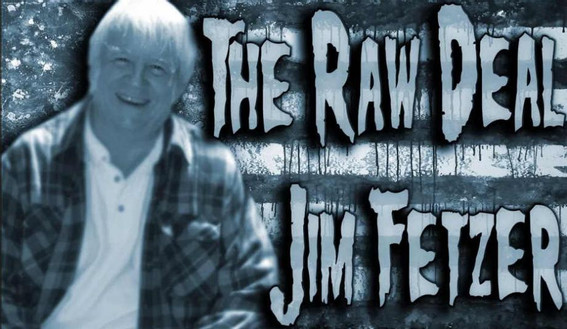 VIDEO:  HOW AIPAC CONTROLS US ELECTIONS AND BUYS CONGRESS
"The Executive Director of AIPAC said his most important accomplishment was securing the authorization for the use of US military force in Iraq." [VIDEO]

“No one should be attacked for criticising AIPAC, certainly not the esteemed Congresswoman Omar. She should be lauded for differentiating between Jews and Zionists,” statement by anti-Zionist Jewish group Neturei Karta International says. [Continue]

We are Jews who stand with Representative Ilhan Omar.

She has been falsely accused of anti-Semitism since tweeting that GOP threats against her and Representative Rashida Tlaib for criticizing Israel were “all about the Benjamins baby.” When asked to clarify who is paying members of Congress “to be pro-Israel,” Omar replied, “AIPAC!” There is absolutely nothing anti-Semitic about calling out the noxious role of AIPAC (the American Israel Public Affairs Committee), which spends millions each year to buy U.S. political support for Israeli aggression and militarism against the Palestinian people. As the NYC chapter of Jewish Voice for Peace summed up: “Accurately describing how the Israel lobby works in this country is not anti-Semitic. The never-ending smear campaign against Ilhan Omar is racism and Islamophobia in action.” [Continue]

Yet when Congresswoman Ilhan Omar criticized AIPAC for behaving like any other powerful lobby, Trump has the audacity to feign concern over antisemitism?

We don’t buy it. Ilhan Omar supports our Constitutional right to boycott, and she criticizes Israel’s violations of Palestinian human rights. The sustained attacks on her are in large part fueled by racism and Islamophobia. Even though she’s apologized for the impact of her statements, Ilhan Omar continues to be attacked by a bad-faith smear campaign. [Continue]

In a statement, the independent senator from Vermont said, "Anti-Semitism is a hateful and dangerous ideology which must be vigorously opposed in the United States and around the world. We must not, however, equate anti-Semitism with legitimate criticism of the right-wing, Netanyahu government in Israel."  [More] 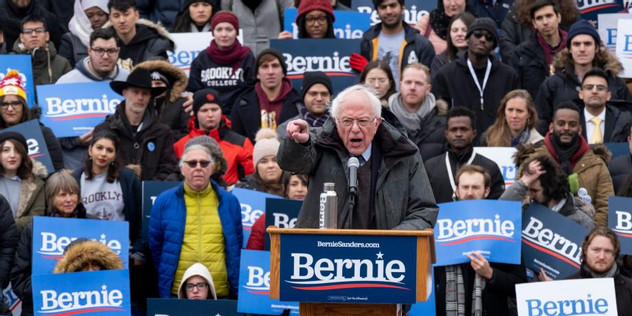 Democratic leadership, including House Speaker Nancy Pelosi, is expected to put a resolution opposing anti-Semitism up for a vote in the House this week, after Omar in a tweet over the weekend accused pro-Israel lawmakers of pushing "for allegiance to a foreign country." [More]