Bereavement In Obstetrics — What Do You Say To Somebody Going Through It?

What Is Bereavement In Obstetrics?

The term ‘bereavement in obstetrics’ covers early pregnancy loss, late miscarriages and still births. No matter how far along somebody is in their pregnancy, it will most likely be devastating. You cannot predict how somebody might react to this, apart from that they will probably not be their usual selves. Approximately one in every four pregnancies is lost, meaning that pregnancy loss is surprisingly common. It’s unlikely every person that experiences pregnancy loss will talk about it, especially as miscarriages are most likely to happen in the first trimester. Pregnancies often aren’t revealed until the end of the first trimester for this reason, but it does mean that anyone experiencing a miscarriage before the end of the first trimester could be going through it completely alone. This is what makes bereavement in obstetrics especially difficult. With other bereavements, others may know the person you have lost or be aware of a family member in palliative care, so you don’t grieve alone and can support each other. 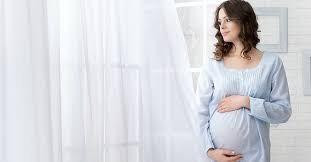 Why Does It Happen?

Still births and miscarriages can be caused by a collection of different things, but also sometimes the cause can be unclear. Somebody might take their prenatal vitamins, avoid the food and drinks that increase risk of allergies and miscarriage, but there may still be a problem with their foetus. Unfortunately, this can be the case with still-births too. When it comes to bereavement in obstetrics, sometimes, a doctor can only speculate what might have gone wrong. It is only natural to look for answers during these difficult times, so the lack of a clear answer can lead to further anxiety and fear during future pregnancies. Of course, the immediate reaction is usually grief.;Everybody grieves differently, and for a bereavement in obstetrics it is important that those going through this have adequate emotional support. Sadly, despite a reduced stigma around pregnancy loss, many aren’t shown the empathy that they need.

How Do You Support Somebody Who Has Suffered A Loss?

What do you say to someone experiencing a bereavement in obstetrics? This is a difficult question to answer, as everybody is different and everybody grieves differently. The best thing to do is to try and imagine how you might feel in the same situation. This isn’t always easy, some people are better at empathising than others. You should make it clear that you are available to confide in, if they feel they need to talk about it. Many grieving people worry about making others uncomfortable, which makes them reluctant to share their feelings. Reassuring them that they can speak about anything with you can be very helpful. Logic isn’t always the best approach for supporting somebody who is grieving after a miscarriage or still-birth.

After someone experiences a bereavement in obstetrics, some might say, “You can try again.” Or, “You weren’t that far along anyway.” These two comments may be true, but are not helpful in the slightest. Someone might need time before they can try again. They aren’t just grieving the loss of their baby, they’re grieving the hopes and dreams that they had for their new addition to the family — this means that even if they were only weeks into their pregnancy before they had a miscarriage, it could still have a huge impact on them.