The nascent paradigm shift in the EU by Albena Azmanova

Emergency action to enhance healthcare and unemployment insurance might signal a paradigm shift for the union from market integration to providing public goods. 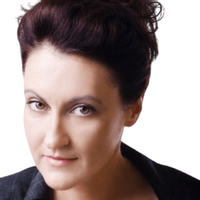 Amid warnings of the impending collapse of the European Union, in the face of member-states’ difficulties in adopting a collective response to the coronavirus pandemic and a strategy to finance the recovery, the European Commission has undertaken two initiatives which will be celebrated by some as an emergent federal government—and bemoaned by others, for the same reason.

Assuming the role of a central co-ordinating body in the trans-European public-health crisis, shortly after the eruption of the epidemic the commission launched a procurement scheme to ensure life-saving protective equipment, testing kits and ventilators for the member states. The offer was extended to the departing United Kingdom, which however failed to participate due to an embarrassing communication lapse.

Thus, while the UK is suffering shortages of medical equipment, as a result of poor planning and communication, and in the United States the federal government is in a bidding war with states for scarce equipment, European producers have made offers covering, even exceeding, the quantities requested by the 25 member states which took part in the first two procurement calls.

The commission is building up a stockpile of medical equipment, which would be distributed where it is most needed through the EU’s RescEU civil protection mechanism. The ‘Brussels bureaucracy’, much derided for its infamous red tape and cumbersome decision-making, is providing the competent, cool and nimble leadership so invaluable in a crisis.

In a yet more uncharacteristic move, the commission has introduced an unemployment reinsurance scheme—Support to Mitigate Unemployment Risks in an Emergency (SURE)—which is to be financed through bonds issued by the EU itself. The scheme is to supply aid to areas that have been hit hardest, by providing reinsurance to state-financed income-support programmes for workers affected by the crisis.

These developments are uncharacteristic as they go against the reputation that the core EU bodies have acquired as being in thrall to neoliberal globalisation—a reputation developed in the course of at least two decades of ‘structural adjustment’ policies of labour-market deregulation and pressures to cut public expenditure. Such policies had been adopted for the sake of increasing the union’s ‘competitiveness’ in the global economy, since member states vouched, in the Lisbon strategy of 2000 (and its subsequent iterations), to make Europe ‘the most competitive and dynamic knowledge-based economy in the world’.

These two sets of measures, on medical supplies and unemployment insurance, are temporary and strictly related to managing the pandemic. However, as the commission has ventured outside its usual mandate, of ensuring the integration of the European economic space via the free circulation of goods, people, money and services (the famous ‘four freedoms’ of the EU), it is displaying its capacity to deliver what many of its members struggle to provide on their own—a robust social safety net, including a strong public healthcare system.

This not only goes beyond the idea of ensuring a level playing-field among the member states, which has long been the raison d’être of the EU governing institutions. It also surpasses the minimalist idea of social justice as a matter of wealth distribution from the wealthy to the poor. It is signalling a move towards something more ambitious—building a robust public sector at the heart of a revived welfare state. This time, a trans-European one.

There is a slim chance that this development will survive the crisis and realise a veritable paradigm shift—from the vision of a Europe as a vast free market with shared political values to that of a European federation with a strong, centrally co-ordinated and jointly funded public sector. This would certainly not happen spontaneously. But successful management of the public-health crisis could be a basis for such a shift to follow.