On Twitter, the entire platform is connected. Every user has access to every other user. Everyone is subject to Twitter's rules.

You don't necessarily want to talk to everyone on all of Twitter right? You might be avoiding certain groups, or you might not want to see posts that have nothing to do with your interests. 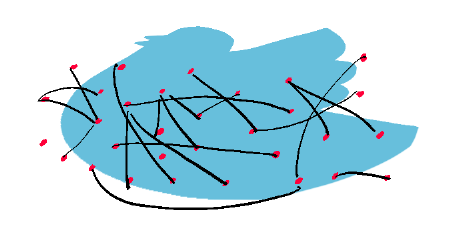 This is not the case for a decentralized platform like Mastodon. Imagine there are multiple Twitter-like websites, but each had their own theme. The themes can be artwork, politics, tech, etc. You probably want to just hang out in a community of people with the same interests. Mastodon allows that, basically allowing you to make Mastodon servers. These are called instances. This is what decentralized means! The best part is that the server sets its own rules. It can have a much better policy against harassment for example. Or have rules regarding what content is or isn't allowed on the instance. This is great because it circumvents the issue of Twitter trying to govern so much internet activity. The caveat however, is that the quality of a server is very dependent on the person managing it. 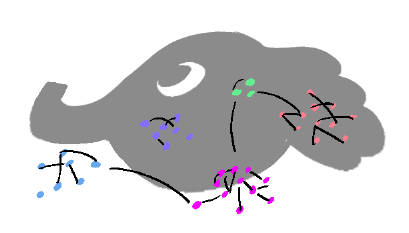 The magic of Mastodon is that, while instances are self-contained, any person using any form of Mastodon has access to all of the other instances. You can be on your home instance, and follow users and like posts on other servers. The server you join essentially caters your timeline and where your posts end up, but doesn't restrict you in any way to seeing the greater amount of content on Mastodon.

pawoo.net is the biggest Mastodon instance. You might have seen it. It is run by pixiv. If you have a pixiv account you can automatically make a pawoo account. Many of your favorite Japanese artists are using pawoo on top of Twitter.

I am writing this guide for people joining the baraag.net instance (it's based of the JP onomatopoeia for an elephant trumpet). Read the rules and see if it appeals to you.

For people who like nsfw cartoon art you may be asking which one should I join? Join whichever you like. If you join pawoo your posts will end up on the pawoo timeline. If you join baraag your posts end up on that timeline. baraag ultimately operates in English so I chose baraag. You can follow anyone you want from either server so it doesn't really matter as far as what content you want.

When you join mastodon you have 3+ timelines.

2. The local timeline: All of the posts from people inside the instance. This is a great way to discover new content without relying on retweets. If it gets clogged with stuff you don't like, you can mute users.

3. The "Fediverse" - Mastodon basically builds you an aggregate feed of all of the other servers based on who the people on your home timelines are following. This allows you to see into other servers and expand, if you so wish. For example, my Fediverse feed is mostly in Japanese because the people on baraag primarily follow users on pawoo. I never look at this timeline personally.

4. You can follow the timelines of other instances! (thus making the choice of server rather moot)

Lastly, my favorite aspect of Mastodon. The privacy settings. You can be a locked account with public posts. OR you can be a public account with locked posts. It's great! 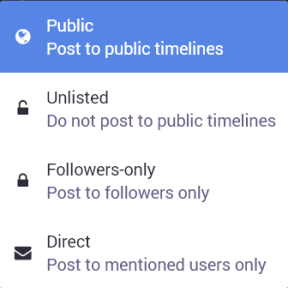 Public: Can be seen by people off Mastodon as well as all over the Mastodon servers. I set all my image posts to Sensitive for that reason. Sometimes if enough people complain some servers get "kicked" from the Fediverse (defederated). Due to complaints about pornographic artwork pawoo got defederated a while ago. This doesn't block people from accessing or following pawoo users or the instance at all. The posts have just stopped showing up on the Fediverse.

Unlisted: Your posts don't end up on the local or Fediverse timeline. The posts can still be seen by someone looking at your account, whether they use Mastodon or not.

Followers-only: This is the closest to "locked" tweets. Only your followers can see your posts. If you have your account locked, then your account is functionally the same as a Twitter locked account. If your account is public, people from outside of Mastodon or who are not following you cannot see these posts. People on Mastodon can follow you and gain access to these posts however.

Direct: Essentially a post that is seen by the parties mentioned only. Mastodon doesn't have a dedicated DM system.

So you can mix and match your privacy very easily! This is nice for artists that want to post on social media, but only want outsiders to see certain posts, such as an introduction post or artwork. This is achieved by locking all your posts but only unlocking some.

And that's all I believe! Have fun!