It’s a virus, and this isn't a war – Karin Pettersson

The coronavirus crisis is a social challenge, Karin Pettersson writes, which the formerly secure are now being reminded is hitting the poor hardest. 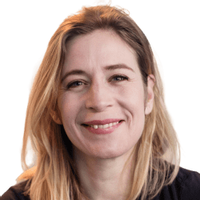 There is a distracting mind game to which I often resort in those difficult, early-morning hours when sleep does not come. The game is to choose what kind of people I would take with me into the wild when the apocalypse comes. What human qualities are most desirable? Muscle mass, stamina, a cheerful personality? Maybe someone who is good at hunting.

It is interesting what this crisis reveals about ourselves.

In an essay in Wired magazine, the British author Laurie Penny describes how most of our disaster scenarios describe situations where those who survive are saved by raw strength and weapons. The hero is a man, alone against the danger: terrorists, zombies, aliens.

Polly Toynbee  Columnist for The Guardian

When the crisis came—our actual crisis—it turned out to look nothing like we had imagined. The hero who risks his life to save us is not a survivalist ‘prepper’ wrapped in a cartridge belt with a gun over his shoulder.

The heroine is an underpaid temp working in a home for the elderly, forced to expose herself to the virus without sanitiser or proper protection. The ‘frontline combatants’ in this apocalypse are not soldiers, but nurses and doctors, cleaners and cashiers. Surgical masks and ventilators, not weapons, are unloaded from Finnish emergency warehouses.

What stands between us and collapse is not raw strength but protective equipment, medication and hospital beds. It is the very welfare capacity which has been underfunded and even privatised in recent decades. It’s the prosaic infrastructure of civilisation: eldercare, health care, social security.

This is also where our shortcomings become visible. The stories are by now commonplace—how people working in nursing homes kept on going to work when the virus exploded, even though they had a sore throat. They simply could not afford to stay at home. In the end they, and many others, lacked two layers of protection—against poverty as well as the virus.

Some politicians have called the challenge of dealing with the virus a ‘war’ nonetheless. But a real war, heaven forfend, calls for action. What is needed now, from most of us, is the opposite: patience, caring for others, quiet solidarity, small acts of kindness.  Of course, if it really were a war, as the author Arundhati Roy rhetorically asks, who would be better prepared than the United States? ‘If it were not masks and gloves that its frontline soldiers needed, but guns, smart bombs, bunker busters, submarines, fighter jets and nuclear bombs, would there be a shortage?’ Certainly not.

The financial elite’s preferred newspaper, the Financial Times, published a historic text a couple of weeks ago. ‘The virus lays bare the frailty of the social contract’ was the title of the article, written by the newspaper’s editorial board. It argued that the prevailing policy direction of recent years had to be reversed, and that proposals such as universal basic income and increased wealth taxes had to be considered—ideas so far only discussed in much more radical circles.

‘As western leaders learnt in the Great Depression, and after the second world war, to demand collective sacrifice you must offer a social contract that benefits everyone,’ the FT argued. The fear of the privileged, that they might lose everything, resonated between the lines. A whole system is trembling. Right now, I read in the same newspaper, more Americans are heading toward unemployment than in the 1930s.

There is a false dichotomy in the discussion around the virus. It is not a choice between ‘the economy’ on one side and ‘health’ on the other. ‘The economy’ is not only, or even primarily, a matter of profit or money but people’s material conditions—the balance between work and capital, public health and unemployment. Hope versus despair.

Many of us are now reading Albert Camus’ The Plague, a prophetic novel which seems written for this moment. But from the bookshelf I pick another classic. John Steinbeck’s The Grapes of Wrath describes the gut-wrenching reality which the 1930s depression, combined with an ecological disaster, created in the American Dust Bowl.

In the book, the Joad family heads for California and moves through the apocalypse. Among its members are Tom and Ma. There is Rose of Sharon, who goes from being a child to an adult and on the last page offers the milk from her breast to a starving stranger. Along for the ride is Jim Casey, a preacher who has lost his faith. In this textbook of economics, the former priest becomes a union agitator. For his pains, he is beaten to death. Yet from the depression the demand finally grew for a different, a more just, society.

The coronavirus cuts like a knife, but not at all without distinction. It sorts by class.

The wealthy and middle-class office workers can isolate themselves at home. The blue-collar workers, the nurses, the cashiers and the bus drivers, are exposed to enormous risks and bear the burden for the rest. Those with insecure employment and low incomes who are already sick and weakened by poverty suffer the most. At the bottom of the hierarchy, the ‘gig’ workers and the homeless struggle without any protection at all.

Everyone can die from the virus, but the poor and the sick die the most.

Those countries which can afford it are now in a panic to strengthen their social-security systems. Suddenly, the middle class appears to recall that general welfare is not something which protects only the weak and the poor. In Sweden, the ceiling on unemployment insurance was raised without discussion. In the United Kingdom, billions are being pumped into universal credit. Is the virus an awakening? I hope so, but I’m not sure. I lie awake another sleepless night. This time I’m thinking of the Joad family. They are not the people I would have chosen if I had to build my imaginary optimal team for the post-apocalypse.

But in real life, it turns out, one cannot choose when and where the crisis hits. They just stand there—the old, the sick and the poor—and demand a place in the team, and a fair chance of survival.

This article is a joint publication by Social Europe and IPS-Journal. A Swedish version appeared in Aftonbladet Karin Pettereson