Official Images of the all-electric BMW iX3 leaks on Instagram

While the world awaits the all-electric BMW iX3, an Instagram user decided to leak official photos showing the SUV without any camouflage.

Ever since German automaker, BMW announced the all-electric iX3 model at the 2018 Auto China motor show, it has been sharing quite a lot of details about its technology and specifications with the public. However, the information has only but spun curiosity in the minds of enthusiasts so much that spies have now leaked full images of the SUV with no camouflage. 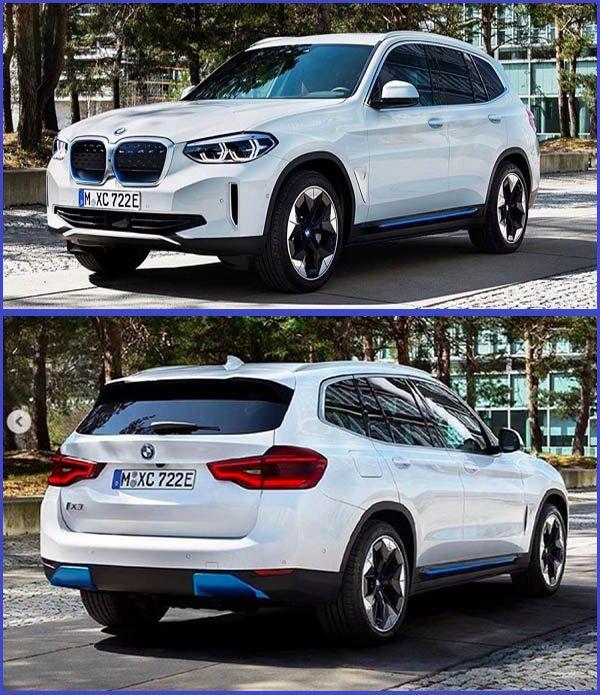 These new images, which pretty much hide nothing and look like official press photos, were leaked by an Instagram account with the handle “Cochespias”. As seen from the photos, the BMW iX3 was parked on a road with trees on the side, which doesn’t look dramatic but still reveals the SUV’s unsurprising design. For the most part, these newly leaked images only confirm most of the design features that were already expected after seeing a lot of older spy photos.

According to press releases, this soon-to-be-unveiled BMW iX3 SUV will be fitted with a 74kWh battery pack supplying power to an electric motor that outputs 286hp (210kW) and 296 lb-ft (400Nm) of torque. It is also specified that this single electric motor powers the SUV’s rear wheel to achieve an estimated 273 miles (440km) range in Europe’s WLTP test.

As of last month, BMW announced that it doesn’t plan to bring this all-electric iX3 SUV to the U.S auto market anytime soon, so the EPA range does not really matter much for now. Also, not much rumor or leaked information has even surfaced yet to hint about the possible price tag that the German automaker might place on this all-electric SUV.

With these newly leaked photos showing no camouflage whatsoever on the electric SUV, we can strongly speculate that the official unveiling of this BMW iX3 SUV model should be anytime from now.

See this video that highlights how the coming all-electric BMW iX3 SUV might compete with Tesla models;

How do experts create those amazing hopping cars commonly seen in movies?