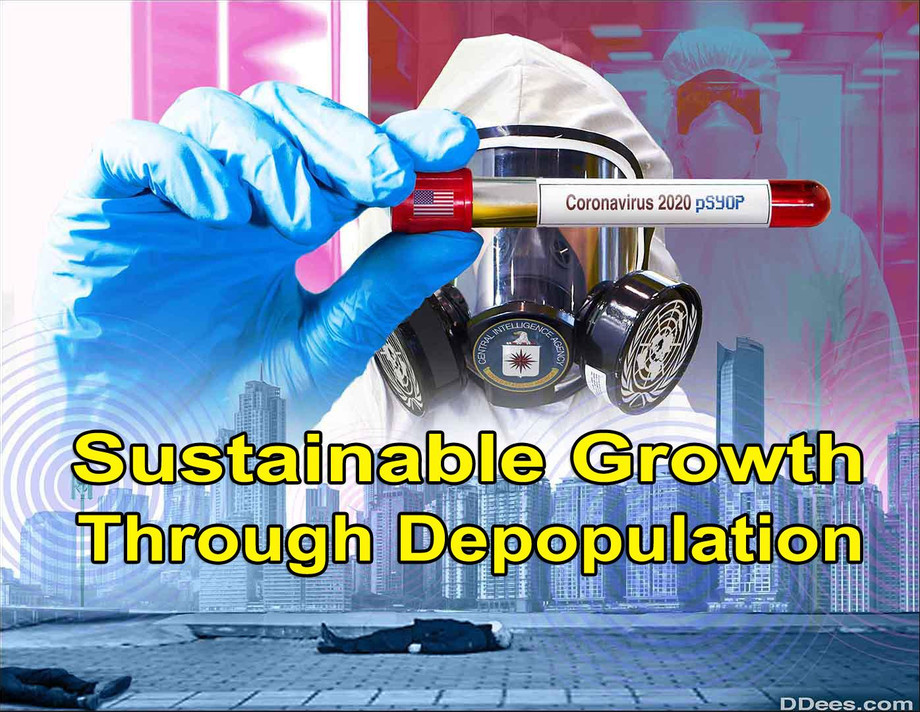 (2.16.20) UNIVERSITY OF FLORIDA STOPS TESTING SICK STUDENTS FOR CORONAVIRUS - UF to faculty: Stop sending students for coronavirus tests ( COMMENT:  It appears the Coronavirus PsyOp has run it's course for political effect. Institutions and the media are now on a path to resume a sense of social normalcy.

(2.14.20 Video) CORONAVIRUS:  DEL BIGTREE REMAINS SKEPTICAL OF THE "OFFICIAL STORY". Bigtree claims the pandemic could be a result of an experimental FLU vaccine gone wrong.
(2.3.20) Russian Media Outlets are Blaming the Coronavirus on the United States. Conspiracies pushed by Kremlin-linked sites allege the epidemic is an American bioweapon.

(2.6.20) Arab Writers: The Coronavirus Is Part Of Biological Warfare Waged By The U.S. Against China - Saudi Writer: It's No Coincidence That The Coronavirus Has Skipped Over Israel And The U.S.

The Case For Economic Warfare Against China

The Coronovirus appeared in the aftermath of Trump's USMCA trade pact that replaced NAFTA as the "modernized" North American trade agreement.  Despite the Kabuki theater distraction of impeachment, the repatriation of production from China to north America under USMCA is a Trump initiative that gets full but muted endorsement from Nancy Pelosi, the US Senate and the Deep State media.

On Thursday, Jan 16, 2020 the US Senate overwhelmingly passed President Donald Trump's signature USMCA trade deal with Mexico and Canada, helping him fulfill a 2016 campaign promise in a rare bipartisan vote.

Is it a coincidence that on the same day (1/16 = 911) the first "45" confirmed cases of coronavirus were listed by China's National Health Commission ? (see below)

The eerie predictive nature of the coronavirus (alias Wahun-400) becomes plausible when the plot for the Coronavirus PsyOp could have been easily borrowed from the pages of the Dean Koontz's 1981 fictional book, "The Eyes of Darkness"

The manufactured Coronovirus scare, therefor, serves to place perceived risk on production in China and puts pressure on markets to return the production of goods back to the US under the USMCA. 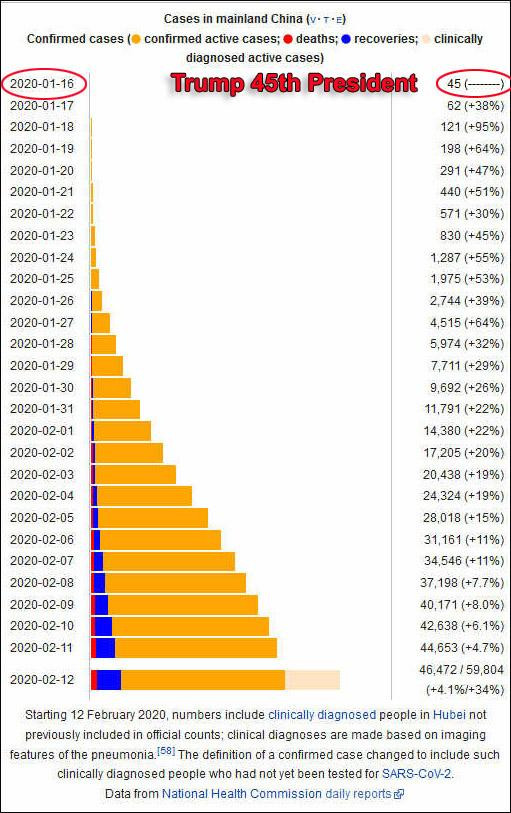 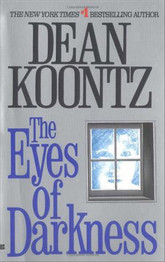 Excerpt from the fictional book, Eyes of Darkness (Source)

"To understand that you have to go back twenty months. It was around then that a Chinese scientist named Li Chen defected to the United States, carrying a diskette record of China’s most important and dangerous new biological weapon in a decade. They call the stuff “Wuhan-400” because it was developed at their RDNA labs outside of the city of Wuhan, and it was the four-hundredth viable strain of man-made microorganisms created at that research center.

Wuhan-400 is a perfect weapon. It afflicts only human beings. No other living creature can carry it. And like syphilis, Wuhan-400 can’t survive outside a living human body for longer than a minute, which means it can’t permanently contaminate objects or entire places the way anthrax and other virulent microorganisms can. And when the host expires, the Wuhan-400 within him perishes a short while later, as soon as the temperature of the corpse drops below eighty-six degrees Fahrenheit. Do you see the advantage of all this?

The Chinese could use Wuhan-400 to wipe out a city or a country, and then there wouldn’t be any need for them to conduct a tricky and expensive decontamination before they moved in and took over the conquered territory.

And Wuhan-400 has other, equally important advantages over most biological agents. For one thing, you can become an infectious carrier only four hours after coming into contact with the virus. That’s an incredibly short incubation period. Once infected, no one lives more than twenty-four hours. Most die in twelve. It’s worse than the Ebola virus in Africa – infinitely worse. Wuhan-400’s kill-rate is one hundred percent. No one is supposed to survive.

The Chinese tested it on God knows how many political prisoners. They were never able to find an antibody or an antibiotic that was effective against it. The virus migrates to the brain stem, and there it begins secreting a toxin that literally eats away brain tissue like battery acid dissolving cheesecloth. It destroys the part of the brain that controls all of the body’s autonomic functions. The victim simply ceases to have a pulse, functioning organs, or any urge to breathe.

After Li Chen defected with all the data on Wuhan-400, he was brought here (US military facility). We immediately began working with him, trying to engineer an exact duplicate of the virus. In relatively short order we accomplished that. Then we began to study the bug, searching for a handle on it that the Chinese had overlooked.

Someone got careless and stupid. Almost thirteen months ago, when the boys were on their winter survival outing, one of our scientists accidentally contaminated himself while he was working alone one morning in this lab.

You’re trained what to do from the day you start to work here. In the event of accidental contamination, you immediately set off an alarm. Immediately. Then you seal the room you’re working in. If there’s an adjoining isolation chamber, you’re supposed to go into it and lock the door after yourself.

A decontamination crew moves in swiftly to clean up whatever mess you’ve made in the lab. And if you’ve infected yourself with something curable, you’ll be treated. If it’s not curable . . . you’ll be attended to in isolation until you die. That’s one reason our pay scale is so high. Hazardous-duty pay. The risk is part of the job."

The Eyes of Darkness by Dean Koontz, 1981 (Amazon) 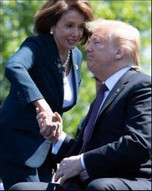 The Trump Deception: USMCA is Agenda-2030

The air is normally polluted with toxins

In a bizarre coincidence, a 1981 fictional novel The Eyes of Darkness by Dean Koontz predicts a Coronavirus like outbreak and its origin. The book talks about how the virus called Wuhan-400, was developed in military labs around the Chinese city of Wuhan from where it got its name. The top secret information of the Biological weapons Program is later acquired by US intelligence from a Chinese defector. The American military is ultimately successful in creating a vaccine which the Chinese could not.

The Eyes of Darkness by Dean Koontz, 1981 (Amazon)

"The Unparalleled Invasion" : A Sci-Fi story by Jack London first published in McClure's in July 1910.

Arab media accuse US, Israel of coronavirus conspiracy against China 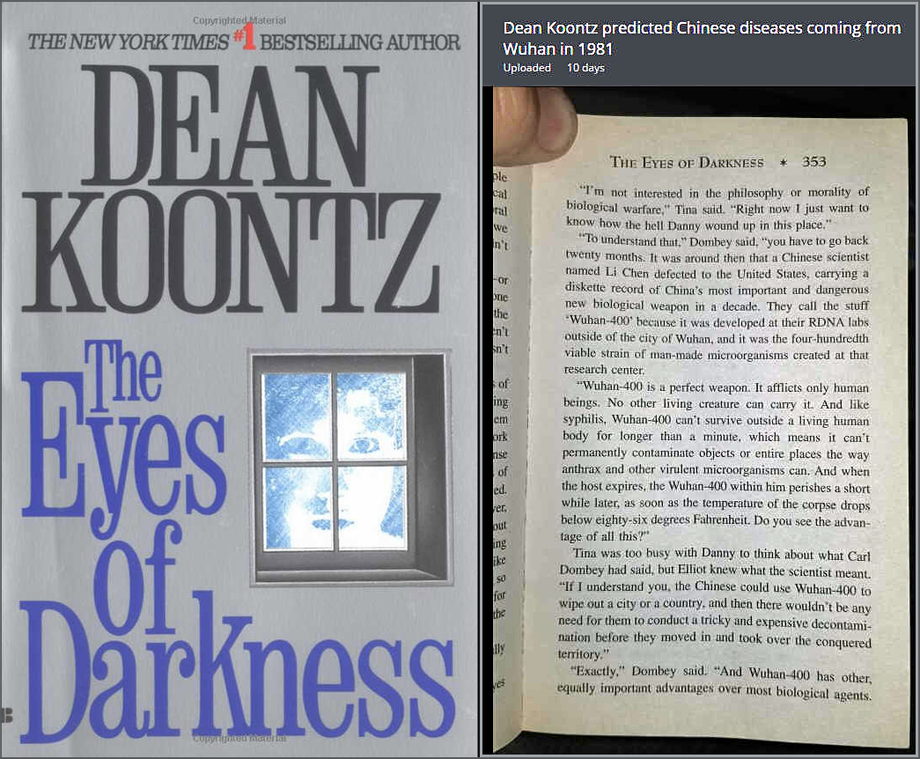