Should Online Gaming Services Be Free?

The online game has taken a new life this generation. With the Xbox Live service of Microsoft, the Sony PlayStation Network and the Wii Nintendo Marketplace, the current generation of games enjoys the benefits they were limited to PC gamers for so long. Live is the oldest and most respected of the three online home console services, but Sony's PSN makes its own name.

The main difference between the two, apart from the lack of some important features of PSN, is the fact that Microsoft charges a monthly or annual fee to use all the features of its online service while Sony no. Live is more polished and some claim you get what you pay for, but PSN has made great strides and is just steps away from Live. My question is: should Sony start charging for its online services, or should Microsoft do them for free? 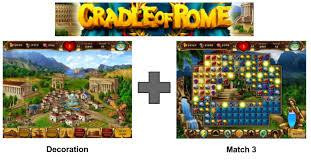 There are several different elements in this argument, with the central argument that Live is much better. Most people who have a 360 and use Live say so because Microsoft pays for Live, it's a better service. Although it might have been true, PSN has done some good things over the last year, while still being a free service.

The most sought after features that lack PSN cross game invitations, audio chat between games and all available for download fromgardenscapes hack 2019. These are all the features that Live subscribers have had for some time. No matter how important these extra features are to each person, additional features are welcome, especially when they are free.

Live had four years of leadership on PSN since Live started on the original Xbox console. PSN was a brand new service that was used for the first time on PS3. With each update, Sony has worked hard to add features and stability to your PSN service today is far ahead of where it was in 2006. I don't even think the PSN burden is improving it or I do. believes that Microsoft's choice to pay has improved to Live. I think Live is a better service because Microsoft had an idea of ​​what they wanted to do with Live from the start while PSN seemed to have been created by necessity.

Live was more an innovation and a new idea, created by an older idea (SegaNet), but much better, and made the whole aspect of online gaming change in console games. I don't think Sony really knew what I wanted to do with PSN in the first place until people started asking about certain features and customizations.

That said, at this time, I don't think it would favor any of the companies changing their way of handling their online services. Sony will continue to provide PSN for free and Microsoft will continue to charge for Live. 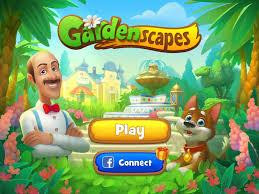 What Microsoft could do is lower the price, but it will financially reduce its financial performance as Live subscribers bring a large portion of earnings to Microsoft and its gaming department. With about 17 million subscribers to Live and 30 million 360 sold. Raw math would be if all subscribers have a gold membership and not a silver membership that is free, Microsoft gets more than a $ 850 million subscription live alone. It does not include the sale of games and other media from the Live market.

It's an important number that Microsoft wants to continue to grow year after year. This money can be used for many different things, even outside the Microsoft gaming division. Looking at these numbers, one can say that Sony is hurting their own pockets by not charging at least a small fee for PSN, but as I said, not worth paying PSN in the first place, although some would have something problem. Pay for the services that PS3 owners now have.