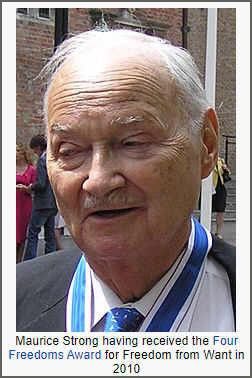 The Strong Cities Network is named after Maurice Strong and has nothing to do with resilience of Cities.

US AGREES TO GUN CONTROL TREATY UNDER UNITED NATIONS AUTHORITY 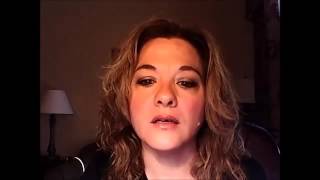 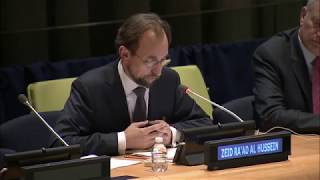 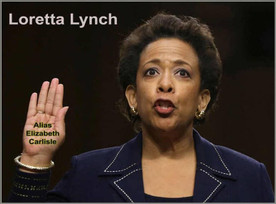 US Attorney General, Loretta Lynch worked in secret to establish US involvement in the ISD led Strong Cities Network. Her involvement was only uncovered when Judicial Watch requested FOIA documents revealing Lynch had used a fake email ID (Elizabeth Carslisle) to commit US participation in a crime prevention operation that requires significant adherence to global policies, foreign conduit communications with Mayors and local municipality officials that illegally bypassed State government oversight in violation of the US constitution, municipal charters and elected officials' oath of office.

Launched at the United Nations in September 2015, the Strong Cities Network (SCN) is the first ever global network of mayors, municipal-level policy makers and practitioners united in building social cohesion and community resilience to counter violent extremism in all its forms.
Led by the Institute for Strategic Dialogue and comprised of more than 130 cities, the SCN builds collaboration between mayors, political actors and frontline teams to tackle polarisation, hate and violence in local communities in every major global region. The network catalyses, inspires and multiplies community-centric approaches and action to counter violent extremism through peer learning and expert training. This is the SCN launch on the margins of the United Nations General Assembly in New York 2015. For more information, see the following links:
Strong Cities Network Mythbusting (Complete PDF)
Strong Cities Network: Myth-busting We note that some of the reporting on the Strong Cities Network has been misleading. We also recognise that – because of the current context and the mistakes of past approaches – many organisations and individuals may have incorrect views and perceptions about the nature of the Strong Cities Network or conflate valid critiques of existing Countering Violent Extremism (CVE) policies with it. Below,we address some myths or false perceptions that some people may have about the Strong Cities Network. (more)

The Institute for Strategic Dialogue (ISD)

ISD is a London-based ‘think and do tank’ that has pioneered policy and operational responses to the rising challenges of violent extremism and inter-communal conflict. Combining research and analysis with government advisory work and delivery programmes, ISD has been at the forefront of forging real-world, evidence-based responses to the challenges of integration, extremism and terrorism.

Weidenfeld (1919-2016) was a British publisher, philanthropist, and newspaper columnist. He was also a lifelong Zionist and renowned as a master networker. He was on good terms with popes, prime ministers and presidents and put his connections to good use for diplomatic and philanthropic ends.

As founding CEO of this leading global counter-extremism ‘think and do’ tank, Sasha has spearheaded ISD’s pioneering research and data analysis, digital education, policy advisory, training, tech and communications programmes. With a background in conflict resolution and an expertise in extremism, digital information operations and electoral interference, she has advised a range of governments at the highest levels and has spearheaded partnerships with the UN, EU Commission and Global Counter-Terrorism Forum. She has also worked with the private and civil society sectors to innovate real-world solutions to the rising challenges of polarisation, extremism, hate and disinformation, including major programmes run in partnership with Google, FB and Microsoft.

Sasha serves as an expert advisor to the UK Counter-Extremism Commission and the Mayor of London’s counter-extremism programme, and is a member of the European Council on Foreign Relations. Sasha previously served as Senior Director at the EastWest Institute where she led conflict resolution programming. Sasha has testified before US Congress, the UK Parliament and is a regular commentator in the media (CNN, BBC, Channel 4 News and other networks). (Source)

Eric Holder says we need to brainwash people into submitting to gun control. 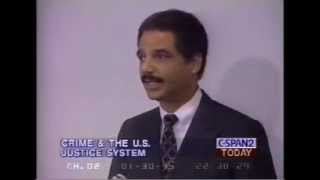