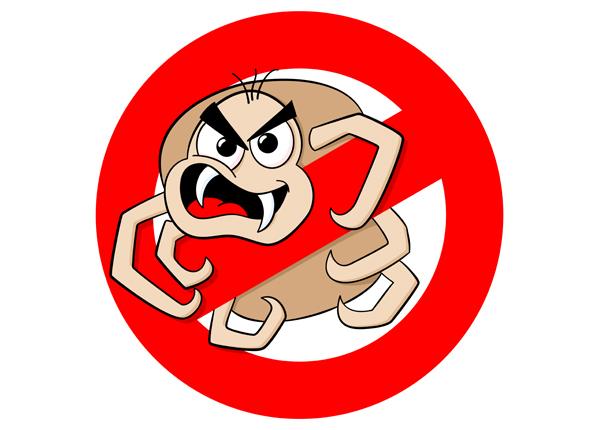 Lyme disease, also known as Lyme borreliosis, is an infectious disease caused by bacteria of the Borrelia type which is spread by ticks.

A tick bite that is popularly found in the Appalachian Mountain regions causes this disease. Lyme borreliosis is not as contagious as other diseases but can be easily transmitted to another person if the person receives blood from a blood donor who had the disease. Therefore, people who donate blood should also be checked for Lyme disease because it is not as common as other diseases that are screened during blood donation.

As indicated earlier Lyme disease is popular in the Appalachian Mountain region and the carriers of the disease are ticks. There are also other regions where disease-carrying ticks can be found, and one such region is then Northeastern, Midwestern, and the Pacific coast regions in the United States. There are two types of ticks carrying the disease in these regions. In the Pacific coast areas in California and Oregon, there is the Western black legged tick, while the Deer tick spreads in the Northeastern and the Midwestern regions.

Lyme disease has three distinct stages, and each stage is associated with specific signs and symptoms. The First stage starts from week one to week four. From the onset after a person is bitten by a tick carrying Lyme disease, either the Western black legged tick or the deer tick. The first sign is a rash on the face. As the infection progresses, the person will suffer from fatigue, high fever and chills, muscle aches and pains, general weight loss and pains in the joints such as wrists.

The second stage of Lyme disease more or less has the same symptoms as in stage one but in a more advanced stage. The rash will spread to other parts of the body. A person will be more fatigued and tired more than normal after doing some small activity. The aches and pains on the muscles and joints will be more and the person will also experience numbness in the joints. The person will also have more weight loss than in stage one. At this stage, also when the person is exposed to sunlight, he or she will feel pain on her face because the person cannot be able to control the facial nerves as normal. The person will also suffer from recurring headaches that will affect his or her ability to concentrate properly.

Third stage of Lyme disease is when a person has fully developed the symptoms of the disease; they include persistent headaches, loss of body movements, and tingling of arms, persistent fatigue, facial paralysis, and the face losses the ability to react to outside stimuli. This occurs due to prolonged lack of treatment of the infection. Continued ignorance and lack of treatment will make the disease because further damage to the body and the nervous system is most affected. The damage of the nervous system will lead to neurological changes, which are associated with bad moods, poor memory, loss of sleep and difficulty in conversing properly.

Lyme disease if detected early is easy to treat; late treatment takes a long time for a person to recover. A person on the first stage of Lyme disease takes antibiotics, this will stop the spread of infection, and so may recover fully. The antibiotics will boost immune system that will deal with the other symptoms of several erythematous plaques scattered over the cheeks and the bridge of nose, sparing the nasolabial folds, the rashes on the cheek.

I hope, that my article will be helpful for you. I'm a writer at EwritingHelp, a company that supplies writers and students with quality writing tips.