A Simple Approach to Write an Essay For EFL Learners

Can Your EFL Learners Write an Essay in English?

"Teacher, if we have to write an essay, it's going to be a problem for us."

"No problem, I'll show you a simple format you can use to write an essay in English."

Thus began an intermediate course in Writing for my EFL learners. What about your English as a foreign language learners? Do they have problems with writing in English?

A natural tendency with foreign language learners is to write in the same way they would - in their first language (L1). While this may on occasion be a good thing, for the most part it can be the root of a string of serious problems when you write an essay. A foreign language is not a "translation" of English. Neither is English a "translation of a foreign language, even if they are in the same language family. This can even be true for varieties of English. In the "Queen's English", written structure can and often does differentiate composition and structure. Sure, an American can easily read a British English composition, but would most likely NOT write a composition or essay of their own in the same way. The Queen could certainly read an essay written by an American, although it would almost certainly be done in a far different style than issues forth from Cambridge or Oxford. 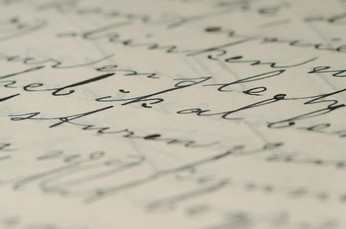 The Spanish Language is one case in which distinctive differences in writing clearly emerge. If you were to read a translation of "One Hundred Years of Solitude" by Nobel Prize winner Gabriel Garcia Marquez, you'd immediately note, even in English, a substantial style deviation from say, Ernest Hemingway in his "The Old Man and the Sea". Not just the writing style, but lexis, grammatical structure, syntax and means of expression are all so clearly different that you would most probably know these two men are not from the same culture. Nonetheless, clarity and organization are important when you write an essay. But I digress.

A Simple Writing Format for EFL and ESL Learners

A simple format for English as a Foreign Language (EFL) and English as a Second Language (ESL) learners to write an essay, is none other than the old standby, "The Five Paragraph Essay". This writing structure is, of course, based on writing on a topic using five paragraphs. Briefly, here's how it is set up.

Paragraph One - When you write an essay, the first paragraph provides the introduction to the essay or composition. It tells what is to be discussed and why. Your main points or arguments are briefly introduced. This paragraph need not be a lengthy one, four to five sentences will usually suffice.

Paragraph Two - In the second paragraph more background information is provided in more detail. Your first, often strongest main point or argument is expanded upon. This second paragraph is usually longer than the first or introductory paragraph. There is a topic sentence, three to five sentences of information, then a summary or concluding sentence which is used to allude or transition to the next paragraph's content.

Paragraph Three - The third paragraph provides your second key point or argument and ties it into your theme, when you write an essay or composition. Frequently, it is similar in length to the second paragraph. Information, support and background for your second key point or argument are the main content here. Once again, the last sentence of the paragraph transitions to the content of the forth one.

Paragraph Four - In this fourth paragraph, you'll present your third key point or argument. More in-depth information and background on this point is provided here. Be sure to relate this point to your composition or essay topic. Also, add quotations, statistics, facts, examples and other relevant data to support this third point or argument. As before, the last sentence is a transitional one.

Paragraph Five - The fifth and final paragraph is used to summarize or conclude when you write an essay or composition. It shows how the three key points or arguments you have presented compare or relate to each other. It also clearly re-states your initial position from the introductory paragraph download essay.