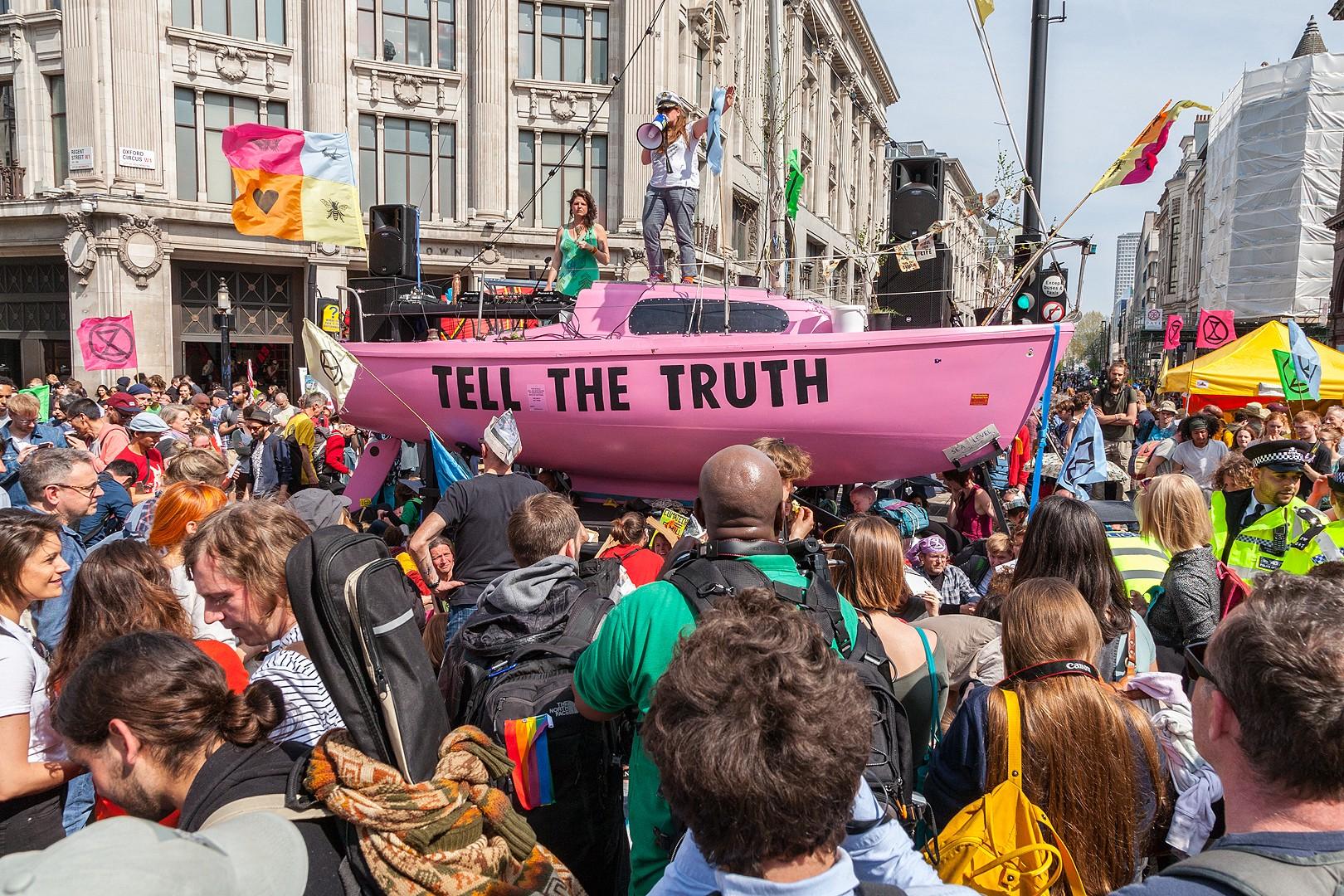 Let me now outline what the current state of discussion is at each of these stages.

The reports of the IPCC which represent the politically palatable and carefully presented minimal scientific consensus on climate change are updated every 5–7 years. Between these general assessment reports, special reports on specific topics are published, the latest one on preventing the global temperature from rising more than 1.5 °C above pre-industrial level.

Its key points are:

Because of the conservative character of the IPCC’s work, it leaves out more advanced approaches that try to make key uncertainties about the future behavior of the climate system explicit and reframe the discussion in terms of existential risk-management. Its modeling treats temperature rise and the accompanying ecological effects in a largely linear way and mentions feedback loops and possible abrupt changes primarily as additional risks, the probability of which remain uncertain.

Recent peer-reviewed studies and papers go beyond what is included in the IPCC reports. They often deal with more limited subject areas than the IPCC reports, but include more advanced approaches like complex adaptive systemmodeling.

A key result of these studies is that even if carbon emissions were drastically reduced as proposed by the IPCC, several reinforcing feedback loops either already are or will be triggered below a temperature rise of 2 °C. These include

The studies show that these feedback loops are highly unlikely to be stopped once they are triggered, even if we stopped emitting GHGs completely, constituting so-called tipping points. They also show that their compound effects are beyond anything the IPCC predicts: Even if we stayed within the emission targets of the Paris accord, the loops would lead to a much higher temperature rise, probably far beyond 3 °C, and much earlier than the IPCC expects.

While accurate predictions are near impossible due to the nonlinear behaviorof the climate system, the worst-case scenarios foresee a so-called hothouse earth situation where conditions become unbearable for complex life in general.

Feedback loops, tipping points, and the unpredictable risks they create make policies that rely on delayed mitigation, i.e. future compensation of excessive emissions by as yet unavailable technologies like large-scale carbon capture, untenably risky — we simply might not get to the point in time where we could deploy them.

In addition to the topic of climate change, which is the sole focus of the IPCC, studies of biodiversity loss show that we are already in the sixth mass extinction in the history of earth. The current rate of species extinction is 1,000 to 10,000 times higher than in the last 65 million years. At this rate, 200 species are going extinct every 24 hours, leading to a loss of 50% all species by 2050 — and the rate is accelerating. As paleontologists know from fossil evidence, earlier mass extinctions ended with a loss of 75–95% of all species, which is where we are headed in the long run.

At the same time, loss of fertile soil, droughts, and desertification are alreadycreating additional risks for food safety and reducing habitable areas not only for humans, but for countless other species. These issues are not restricted to, but most pressing in the Global South, whose populations are already among the most vulnerable on earth.

Naturally, policy recommendations based on these conclusions are even more radical than the ones proposed by the IPCC: They propose to reduce emissions much quicker, replacing the target date of 2050 for ‘net zero’ with country-specific dates between 2025 and 2030. The required efforts — massive shifts in lifestyles, cuts in consumption, and redirection of investments — are seen as a necessity for survival, not an option for a brighter future.

At the leading edge of science, things again look different. Most recent data and interpretations not yet filtered through the publishing process show that even the worst-case scenarios of the IPCC and most peer-reviewed studies are not pessimistic enough — the tundra thaws faster and more permanently, arctic ice melts quicker, and tipping points are closer than previously assumed.

Also, weather conditions and food security might be even more fragile than formerly thought. Increased intensity and frequency of El Niño events will bring famine to the Global North in the near term, a recent study predicts: At a temperature rise of 1.5 °C, heat waves like the one experienced in 2018 will occur two out of three years there; at 2 °C, they will occur every year. A re-run of the Global Famine of 1876–78, the worst environmental disaster in known history, then seems virtually certain.

In addition, if results from different disciplines are reviewed together, e.g. about abrupt temperature and sea level rise, accelerating biodiversity loss and desertification, food insecurity, forced mass migration, and social instability, pessimistic scenarios become both much more likely and more threatening than when the results are analyzed in isolation. This has led scientists from different fields to dramatic conclusions, e.g. the view that social collapse in the near-term is inevitable, civilizational catastrophe is likely, and complete extinction of humanity is at least possible.

Thus when speaking for themselves, many scientists increasingly express shock and distress, up to the point where some of them shift the focus of their work from conventional research to discussing ways of dealing socially and emotionallywith impending and potentially unavoidable disaster.

The recommendations that follow from these conclusions are necessarily the most radical ones. They focus not on ways to stop or mitigate further climate change, but on avoiding the very worst outcome (extinction) while fostering resilience and “deep adaptation” to the virtually certain or probable outcomes (collapse and catastrophe).

Why don’t we hear what science tells us?

If this is the spectrum of scientific results and recommendations, the latter ranging from far more ambitious climate policiesto a complete change of how we organize society, why is it that politics and society seem unable to grasp and adopt them?

In science, the processes and practices responsible for much of its success in the 20th century now work against a timely and comprehensive understanding of the scope and consequences of climate change, biodiversity loss, and environmental degradation, especially when combined with efforts to remain politically neutral. The care and meticulousness with which arguments and conclusions are worked out and presented make it less likely for early warnings to be widely circulated and accepted. The voices sounding them get filtered out, only to be incorporated into mainstream science much later, when the time to react appropriately has already been significantly reduced.

This has happened with almost all aspects of climate science, from the discussion of humanity’s contribution to global warming to the topic of feedback loops and tipping points, and will probably happen again with even more pessimistic accounts — if there is enough time for it to happen. Scientists skeptical about that are already withdrawing, stepping out of science to focus on personal consequences from their findings.

The media, for a long time, failed to recognize how scientists couch their warnings, once they enter the mainstream, in technical and probabilistic terms evolved from the described incentive system. Hedging, i.e. expressing tentativeness and caution, was understood not as a linguistic strategy and resource in academic discourse, but as a sign of uncertainty. Thus “high confidence” did not get translated into “they are sure”, while “medium confidence“ did get translated into “they are not sure“.

As mainstream science became clearer in its messaging, the media followed suit. This lead to a wave of articles, books, and documentaries with increasingly robust warnings about the consequences of failing climate policies, feedback loops and tipping points, and the ongoing mass extinction. But since the press still chiefly follows mainstream science’s trajectory, alarm bells from the leading edge still go widely ignored and are almost exclusively talked about on social media. This makes them even more suspicious to journalists who readily lump them in with conspiracy and fringe theories. Thus, scientists expressing dwindling hope for humanity still don’t get headlines.

For a long time, the political debate about climate change has been distorted by special interests trying to obfuscate the scientific consensus on its causes, consequences, and political solutions. But the problems go further. The agencies and staff supporting political decision-making, on the one hand, mainly work from the IPCC’s conservative results and recommendations — no wonder, since that is what it was created for. More advanced research or media coverage tends to get less of the attention it deserves.

The incentive system of professional politics, on the other hand, makes sure that the IPCC’s warnings are “balanced” against other priorities, first and foremost the palatability of possible measures to a constituency ignorant that the alternatives are collapse, catastrophe, and extinction. That there are always IPCC scenarios that contain delayed mitigation can make this trade-off seem rational nonetheless.

Above all, the incentive system of professional politics creates a continuous demand for short-term decision-making. This increases pressure, produces small-scale solutions that distract attention from the real challenge, and favors outsourcing of knowledge processing to supporting resources, reinforcing the disproportionate influence of conservative recommendations.

As consumers, finally, we are constantly distracted from the direness of the situation not only by the impression that the economy is still running without major disruption. We are also blinded by the constant suggestion that our current lifestyle is without alternative, and that we need even more of everything to be happy, comfortable, and successful. Companies driven by short-term interests are making sure that conflicts with our own long-term interests stay hidden, exploiting our bias to discount uncertain long-term risk compared to certain short-term cost.

All of this means that what science tells us remains, for most of us, so abstract and far away from everyday experience that we only become receptive to it with conscious and continuous effort. Only when heat waves and dried-up rivers enter our experience in the Global North do we really feel that something dangerous might be going on. But come winter, and everything is forgotten again.

This is why only the permanent disruption of “business as usual”, the continuous subversion of our institutions’ incentive systems provides a path forward and a chance to really hear what science tells us. From the publishing process of mainstream sciences and the priorities of the press to the ways politics is conducted and consumer attention is controlled, we need to intervene at leverage points in these systems to break current patterns and create space for a meaningful conversation.

This includes public interventions as well as person-to-person dialogue with journalists, politicians, and fellow citizens. It means taking the time to explain our current situation, and making the time to let the truth about it sink in so deeply that it is strong enough to break our behavioral patterns.

Then, and only then, will we really hear what science tells us about the climate crisis — and have a chance to react with purpose, meaning, and a prospect of success.