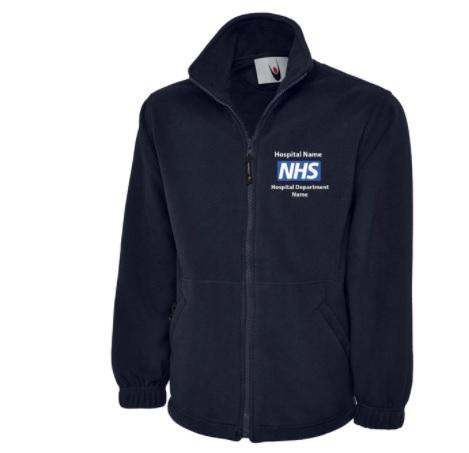 Since there were no hospitals in the 19th century, there was no uniform. Single women could make house calls to the sick and were often not respected as they were known for their drinking habits. Nursing duties would also be performed by nuns, and their habits were the foundation for the first nursing uniforms. The uniforms consisted of a gown, a pinafore or cobbler-style apron and a nurse's cap.

In the 1840s nurses started to be respected. The uniform they wore was a matronly, servant-like version. The dress was only ankle-length. They wore coats, cloaks and warm hats as they moved from one location to the next. They donned their white hats and apron once they arrived at the destination.

Florence Nightingale established formal nursing schools in the 1880s. The uniform was created to distinguish the nurses who had been trained from those who were not. As a symbol of rank, the hat was created. The hat would have a colored ribbon that indicated the degree of experience and training. The hat could also be used to discipline the employee and was removed for any bad behavior. A nurse just starting her training didn't get a hat for a few months.

The uniform evolved to be more fitted, tailored and detailed at the turn of century. It now has pockets, a button-down neck and a pointy collar. The upper body was covered by a bib that was gathered at the waist and an apron on the bottom. This made it distinct from the servants uniform.

World War I brought about the most dramatic changes in NHS Clothing uniforms. Due to the large number of wounded and sick people who needed urgent care, the emphasis shifted from function to form. Aprons were too bulky to be useful and impeded efficiency so they were frequently thrown out. For better mobility, the long sleeves were rolled up and the skirts made shorter.

The location of the military nurses uniform was a factor in World War II. It was made from a combination of rayon and gray wool, which would have been extremely warm. They wore a skirt and jacket that was military-inspired.

Uniforms were more popular in the 40's and 30's. The exciting profession of nursing was quickly recognized.