Evidence of Arson and Foreknowledge at Notre Dame Inferno 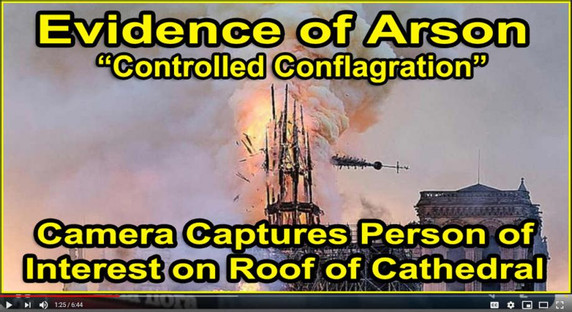 VIDEO - Evidence of Arson and Foreknowledge 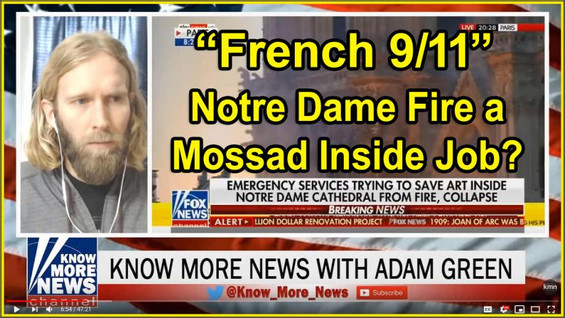 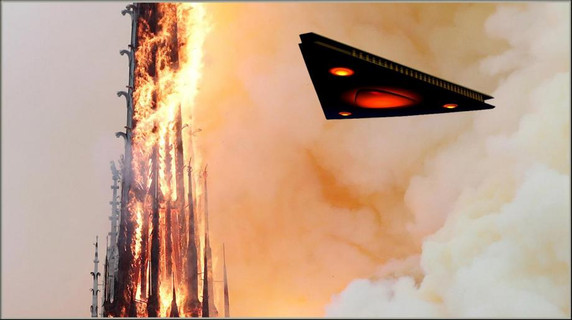 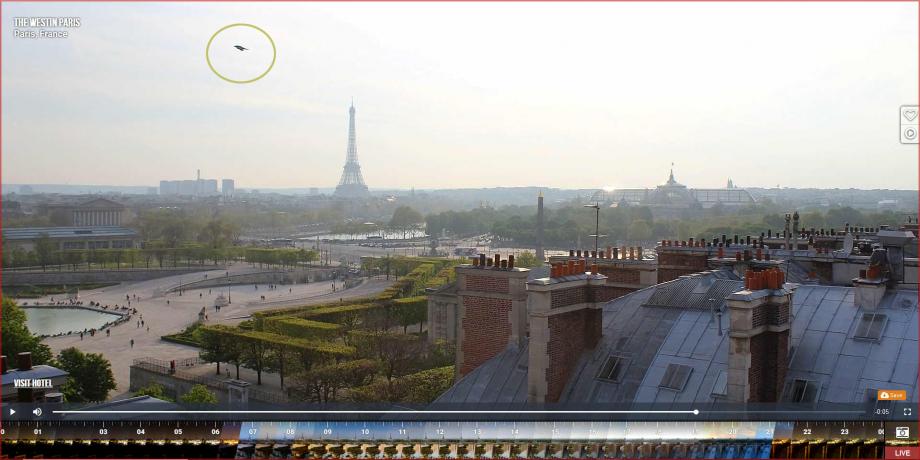 On the afternoon of the Notre Dame cathedral fire (April 15, 2019), the time-lapse camera at the Paris Westin Hotel captured what appears to be a stationary aircraft that faded in and out of visibility within six minutes. This event was discovered and reported by Daniel Alexander Cannon (Youtube: Logic Before Authority) in a video posted on the same date. The original time-lapse video remained archived on the Westin Hotel system for anyone to inspect and download in order to confirm the event was documented on the original video source.

The time of event captured by Westin video is estimated to be approximately 6:45 PM. This time is coincident with the 6:43 PM fire alarm that evacuated the cathedral.

Less than one hour earlier -  at 5:57 PM, a black aircraft matching the physical description of the aircraft in the time-lapse video was inadvertently captured in a photo that went viral due to a playful scene between father and daughter in front of the cathedral just 23 minutes before the first alarm was reported but ignored.

It's important to note the first alarm was reported during Mass at 6:20 PM but was ignored due to poorly documented confusion. (The Guardian - Notre Dame Cathedral fire – a visual guide and timeline) 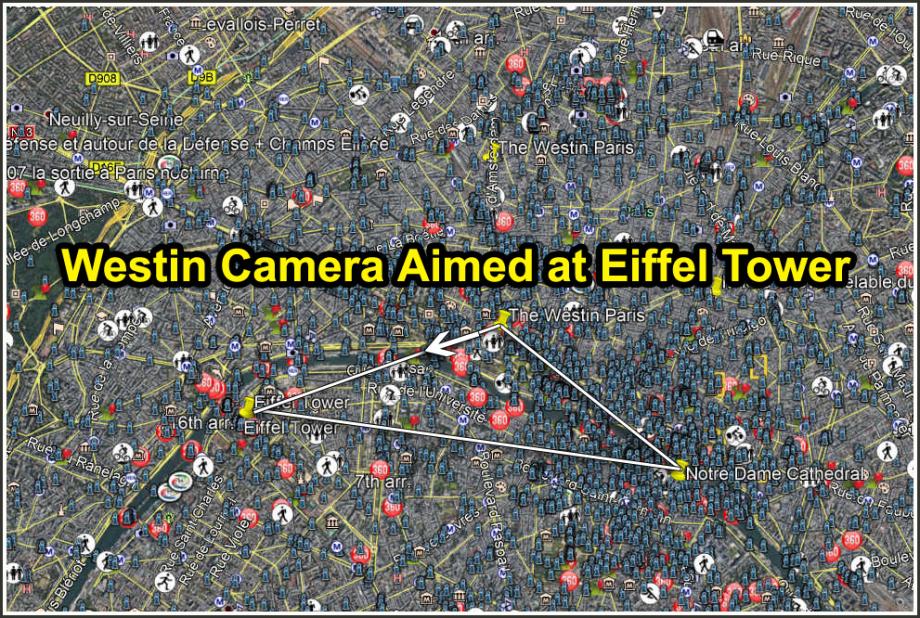 The Westin Hotel video directed at the Eiffel tower was not adjacent to Notre Dame cathedral as claimed in Daniel Cannon's video. Google Earth above shows the correct relationship of the Eiffel Tower to the Westin and Notre Dame.  The structure out of frame to left of the screen is the Westin Hotel. The octagonal pond in the Jardin des Tuileres, south of the Westin can be seen to verify the location. This places the cathedral in nearly the opposite direction.

The photo (below) that went viral, submitted by Brooke Windsor shows what appears to be the cloaked aircraft in the upper RH corner. Since the cathedral faces to the west, the aircraft in this instance is east of the cathedral and even further away from both the Westin and the Eiffel tower.

Brook Windsor's photo was taken at 5:57 PM while the black aircraft in the Westin video was captured at approximately 6:45 PM, based on minutes before sunset at 8:41 PM as measured from the Westin's lapse-time video.  The Eiffel tower lights are reportedly turned on at Sunset (8:41 on April 15).

If it's the same aircraft as seen in the Westin video then it must have moved location in order to be seen in both the video and the photo. 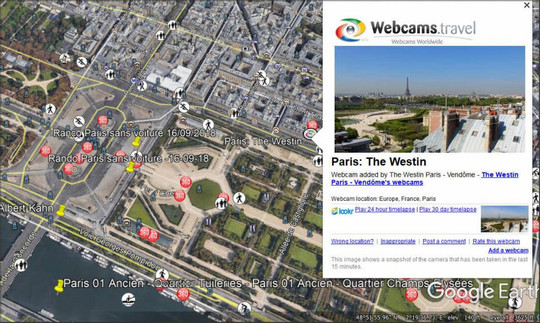 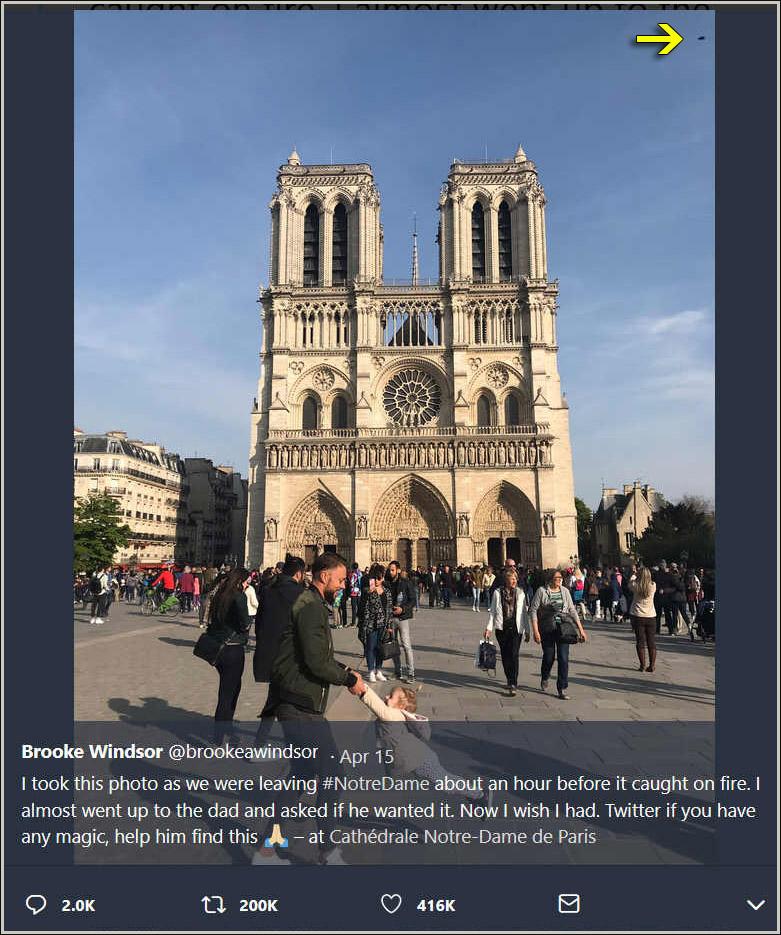 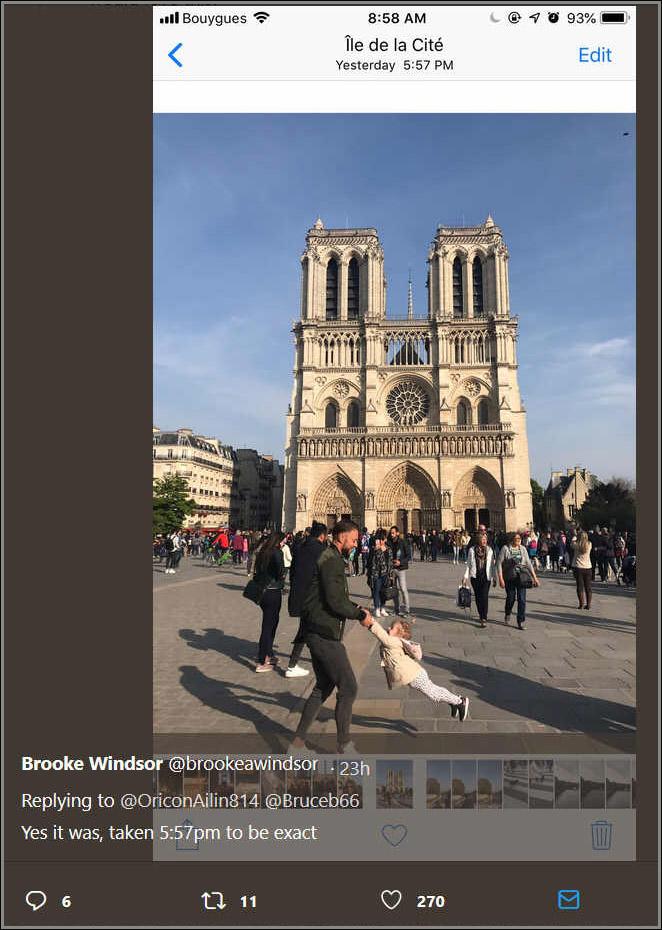 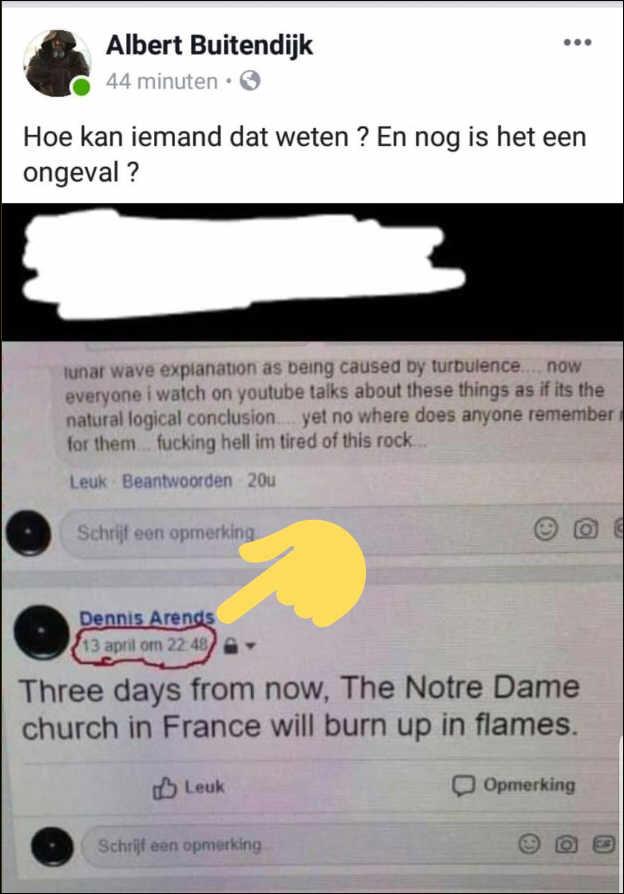 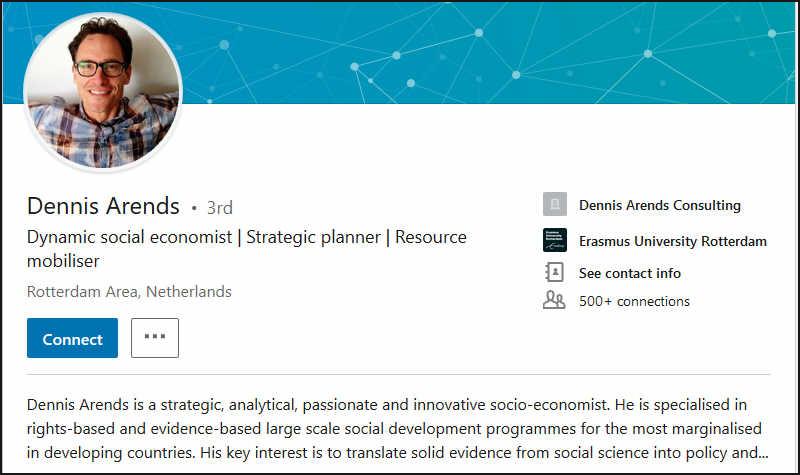 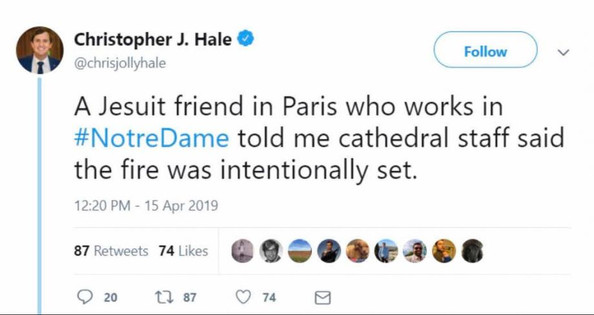 NCR:  Christopher Hale is a co-founder of Millennial and a senior fellow at Catholics in Alliance for the Common Good. He helped lead national Catholic outreach for President Barack Obama's 2012 re-election campaign. He and his work have been featured in Time magazine, USA Today, The Washington Post, CNN and Fox News, among other publications.  (Twitter)

"Michelle was in Paris for a conference at the AccorHotels Arena ... as part of her book tour for her best-seller, "Becoming." 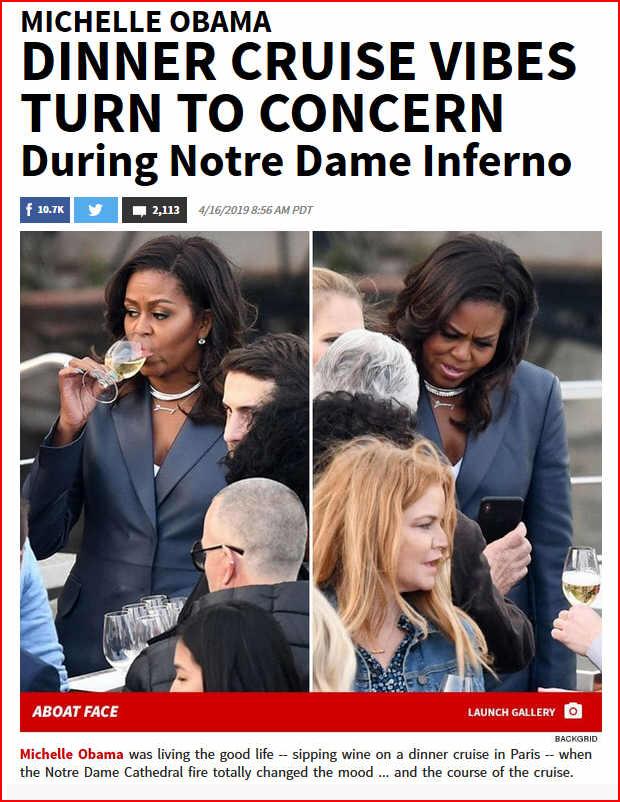 TVM:  Michelle Obama in Paris on Day of Disaster. Mike and Barry TWEET their condolences