Human Niche Construction and the Anthropocene 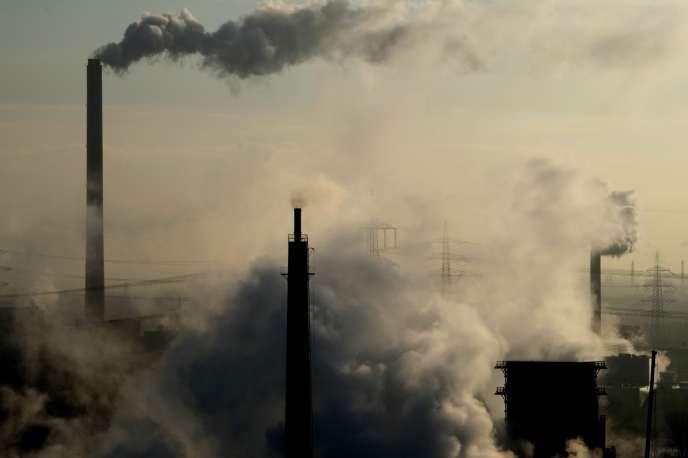 Anthropocene. On the face of it, the word is a claim that a marker is forming in the geologic record, a change in the rock and fossil layers that refects a change from the geological and biological conditions of the Holocene. Yet the word is, of course, more than that. It is a tool with which to focus attention on the current role of Homo sapiens in altering the Earth as a whole, and is a shorthand descriptor of that phenomenon. Its etymology embodies the problems of scale, from geologic epoch to human generation time, that face those grappling with changes associated with the Anthropocene. It also encompasses a lot more than just climate change, acknowledging humans as a biogeophysical force and not only—as postulated by Dipesh Chakrabarty—a geophysical one.1

To fully understand the Anthropocene, the biological and biogeochemical alterations that follow from human activities must be considered. One component cannot be isolated from the other: they intertwine at all spatial and temporal scales. In turn, the diversity, breadth, and depth of the human footprint on the globe associated with the Anthropocene complicate consideration of values and justice and demand close attention from environmental humanists.

Individuals of many species alter their environments. Beavers build dams, affecting the hydrology of the surrounding areas. Some plants, such as the succulent ice plant, Carpobrotus chilensis, effectively poison the soil around them, making it diffcult to impossible for other plant species to grow. Cattle and some species of African termites produce methane. Even simple acts like nest building by birds or den digging by coyotes alter the individual’s environment, often in ways that increase survival or reproductive success. Such alteration of the local environment that persists over time and alters an organism’s ftness is termed “niche construction.”2

Humans excel at niche construction. Aided and abetted by our neural capabilities and opposable thumbs, we have donned clothing and built insulated housing, allowing us to retain our subtropical habitat affnity in locations far outside the subtropics. Aqueducts, irrigation systems, wells, and urban water supply pipes mimic streams and lakes that provide the water we need to survive. Agriculture, refrigeration, and transportation networks alter the temporal variability in our food supply. We have developed public health measures, antibiotics, and vaccines capable of reducing the number of disease organisms residing within us. The list of human niche construction activities goes on.

Human niche construction uses phenomenal amounts of energy. Current energy sources across the globe are primarily fossil fuels.3 As a result of using such fuels, humans are altering the global carbon cycle: the atmospheric build-up of CO2 and other greenhouse gases has led directly to global, and in many cases local, climate change .4

The footprint of human niche construction also extends beyond greenhouse gases and climate. As a species, our activities are altering other nutrient cycles, including nitrogen and phosphorous.5 Fertilizers are widely used to support agriculture, which fgures prominently in our constructed niche. Water runoff from agricultural land can result in enormous increases in nitrogen and phosphorous in rivers by the time they reach the ocean: fresh water foats on top of salt water, isolating it from oxygen contact. The extra nitrogen  and phosphorous in the fresh water stimulates large algal blooms; when the algae die and sink, their decomposition strips the salt water below of oxygen. Without oxygen, fsh and other life-forms either die or leave, resulting in the formation of dead zones. Such dead zones are now found extensively along the coasts of the Americas, Europe, and Asia.6

Cycling of various elements is only one fallout from our niche construction activities. Land-use change, pollutants, and intentional and unintentional transport of species to new areas play major roles in global alterations that might show up in the stratigraphic record. Changes in land cover and soils are driven by human land-use change, say from forest to parking lot, or desertifcation, as is happening in several parts of the world.7

Such changes are occurring on a local to continental scale. Land use is also involved in feedbacks with climate through changes in the Earth’s albedo, or refectiveness.

Through evaporation and plant respiration, land use affects the water cycle, including the location and amount of precipitation. Finally, land-use change is now the major driver of terrestrial species and population extinctions.8 One estimate puts species loss at around 1,000 times the natural background extinction rate.9  And the loss of populations due to land-use change in tropical areas alone was estimated at 1,800 populations each hour in the mid-1990s.10 Thus, while climate change will undoubtedly exacerbate the approaching global extinction crisis, that crisis has already been set in motion by human-driven land-use change as part of human niche construction. Whether the fossil record would have reflected a current extinction event due to land-use change in the absence of climate change is likely to remain unknown.

“While climate change will undoubtedly exacerbate the approaching global extinction crisis, that crisis has already been set in motion by human-driven land-use change as part of human niche construction.”

Transport of species from one area to another is also an extinction driver.11 Movement may be intentional as with crops, garden plants, and pets, or unintentional as with hitchhikers on commercial vessels or travelers. The resulting extinction of local native, and often unique, species leading to the dominance of a common set of introduced species is worst on islands,12 but occurs globally. For example, the golden California grasslands are actually made up of Eurasian annual grasses that are ill-suited in their timing of reproduction and death for a Mediterranean climate; the native forbs and grasses are almost completely outcompeted except on specialized poor soils. This phenomenon has led some conservation biologists to refer to the current epoch not as the Anthropocene, but as the Homogenocene.

What draws attention, then, is the breathtaking diversity of the spatial and temporal scale upwards to a regional scale and beyond, where the resulting effects are becoming visible— and not only the geophysical climate change that results from energy use. Clearly, Homo sapiens is a niche constructor par excellence, but this means collateral consequences for climate, species diversity, and landscapes. What has caused the human footprint and our impacts to expand so dramatically in the recent past? The answer lies in the combination of population growth, technological advances, and affuence. These factors are distributed unevenly across the globe, so that in some areas population growth is more signifcant while in other areas affuence leads. As nations develop, that distinction will diminish.

Why is it important that environmental humanists speak to all of this? Firstly, Chakrabarty’s theses reduce environmental justice to climate justice on a global scale. But human niche construction activities that lie at the root of current global-scale climate change are much broader than energy use, and impact our world in a variety of ways and on multiple scales. Beyond climate justice, analysis of the impacts of niche construction includes patterns of land use and resulting fairness in human quality of life. It also includes equity among species and the fate of nonhuman species. Niche construction therefore raises thorny issues of values, not just in terms of what our actions refect but also what our policies and actions should refect. Indeed, the breadth of our niche construction activities, which lie at the root of geochemical and other changes, demand that the scope of analysis be broadened.

Secondly, humans like to set goals in dealing with problems. What criteria do we use to create a target baseline for the diversity and climate of the planet? How does the array of temporal and spatial scales at work affect this? What can we learn from environmental history in this regard? There is a 100-year-old argument among land managers about
whether we should seek the preservation of a landscape and its inhabitants, or conservation of that landscape  - preservation entails maintenance of the current baseline conditions; conservation allows biota and other resources to be extracted on a sustainable basis. Has the scale of current change altered this argument? What are the equity,
economic, and political implications of attempts at preservation versus conservation or versus some novel approach—such as neo-ecosystems—as we move forward in the Anthropocene, with a projected increase in climate variability and disassociation of plant and animal communities due to climate, land use, and invasive species?

Finally, humans born since 1976—those less than 39 years old at the time of writing— have never known a global weather year of temperatures that were normal in relation to the twentieth-century average. Does this mean that these and future generations will not “see” climate change and loss of biodiversity as bad if change—rather than a baseline—
is what they are familiar with? What do studies of identifcation with place have to say on this matter? As humans become more isolated from the land and its associated biota through niche construction, will the ability of individuals to detect the effects of climate and biodiversity change become dulled, leaving only scientists and amateur naturalists
to “see” the impacts? How will an intensifying spiral of change affect policy? Clearly, these are among the questions that are desperately begging for answers from humanists and social scientists. Returning from these themes to the Anthropocene concept, the term itself argues that human agency has expanded to become a biogeophysical force. This human agency includes not only climate forcing, but also the various consequences of our activities as niche constructors. Whether niche construction becomes a maladaptive trap for our species requires attention to all parts of the puzzle.