The Documentary, Dark Clouds Over Elberton was released in 2015.  It reveals that R.C. Christian, a pseudonym for the man who provided the designs and funding for the controversial Georgia Guidestones monument, was identified as Herbert Hinie Kersten, a physician from Fort Dodge, Iowa. 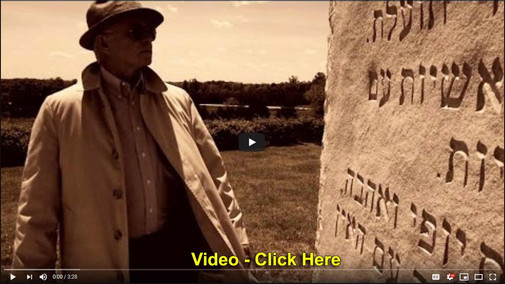 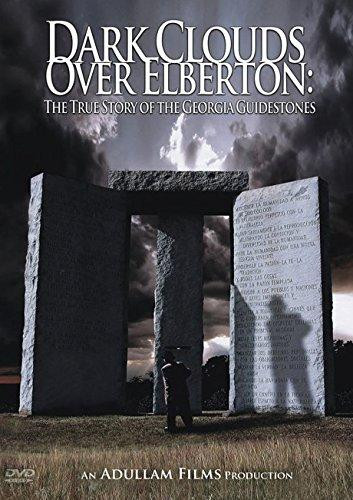 Kersten appears to have expressed support for David Duke, former Grand Wizard of the Knights of the Ku Klux Klan, in a letter written to the South Florida Sun Sentinel.  William Sayles Doan, an author and Fort Dodge historian, claims on camera that Kersten was an outspoken racist who voiced plans to create a measurement to definitively prove that whites – and in particular Northern Europeans – were the world’s superior race.

Kersten was aided by his friend, Robert Merryman, publisher of the Ft. Dodge Messenger.  Merryman is known to have arranged the publication of Common Sense Renewed, a book intended to explain the purpose of the Georgia Guidestones.

The Georgia Guidestones is a highly controversial granite structure modeled loosely after Stonehenge, erected in northeast Georgia and shrouded in mystery.  The monument proclaims ten commandments in eight different languages, the most contentious being the establishment of a global population of only 500-million, a reduction of over 6.5-billion people from current levels.  Other commandments include the development of a global language and a worldwide government.  While most of the commandments are written vaguely and appear benign, Common Sense Renewed details a totalitarian global government where every aspect of human life — including birth, death, marriage, childbearing, work, property ownership, travel, health care, education and the right to vote — are regulated by the state.

The extensive eugenic measures outlined in Common Sense Renewed may reflect the involvement of William Shockley, the Nobel Prize-winning physicist who co-invented the transistor.  Shockley also  became known for his claims that blacks are genetically inferior to whites.  He espoused financial rewards to encourage voluntary sterilization for people having sub-100 IQs.

According to Doan, Kersten was proud of his friendship with Shockley.

Eugenics is the management of human breeding with the intent to produce people carrying desired characteristics like intelligence, beauty, athleticism or even docility.  Eugenics advocates usually also intend to eliminate “bad genes” from populations by discouraging childbearing among people with undesirable attributes; however, population culling is another tactic wielded by eugenicists to get rid of unwanted people.

My involvement with the documentary

In early 2010, I was involved with the development of the documentary, Dark Clouds over Elberton, a Chris Pinto production made with the assistance of Mike Bennett, the podcaster behind the “End Times” focused FutureQuake program.  In addition to being filmed in numerous scenes, I also provided Pinto with my research and I arranged his interview with Wyatt C. Martin, the key figure in uncovering the identity of R.C. Christian.  However, within a few days I withdrew from the project after witnessing unethical and disrespectful behavior from both Pinto and Bennett.  Most importantly, Pinto and Bennett boastfully exploited Wyatt Martin’s trust – and ridiculed the man in the process — in order to covertly obtain R.C. Christian’s address in Ft. Dodge, Iowa.

Wyatt C. Martin has maintained his vow to protect the identity of R.C. Christian since 1979.  I deeply respect Martin and I consider him a man of rare character and morality.

Martin had suffered a debilitating stroke only a few weeks before I arranged the Pinto/Bennett interview and Martin originally declined the interview until I vouched for the character of the pair.  Consequently, I felt responsible for their betrayal on Wyatt Martin.

I wrote a personal account of these incidents in March, 2010, almost immediately after I withdrew from the project.  Again, it is a personal account and I never intended to publish it, but with the release of Dark Clouds Over Elberton, I feel it is necessary to include portions of it in a second article in order to preserve Wyatt C. Martin’s character and legacy.

While the involvement of the Freemasons in building of the Georgia Guidestones is well established, the shadowy secret organization known as the Rosicrucians have long been suspected to be the hidden hand behind the monument, primarily due to the Kersten’s choice of R.C. Christian as his pseudonym.

The Rosicrusians are not just one the most secretive of all secret organizations, but some claim that they are the “Hidden Hand” that has been guiding world events for centuries.  Furthermore, the Rosicrucians claim to have mastered many occult, supernatural practices involving things like out-of-body projection, mind control and even immortality.  The secret order was purportedly founded in the 15th Century by Christian Rosenkreuz who some claim later manifested as the Count of St. Germain in the 18th Century.  Rosicrucians have been associated with vampires and the Batman villain, Ra’s al Ghul, was clearly inspired by Rosicrucian lore.

The Rosicrucians also appear to have influenced the establishment of speculative Freemasonry.

The documentary briefly shows a Rosicrucian document uncovered in Coggins Industries that might describe a time capsule purportedly buried at the Georgia Guidestones site.  The following incomplete transcription was made from that footage:

[Editor’s note the entire document was in upper case]

To whomever comes across this presenting:

Contained herein are keys that have been awaited to be placed here in proper sequencing and in proper order to announce the return and the activation of those events of prophecy that that signal these events. Those who have guarded this great mystery and who have guarded the evolution of the human species itself are returning.  It has begun.

This monument known as the Georgia Guide Stones (sic) shall find threads unto the revelation of the mystery in the name R.C. Christian otherwise known unto that contingency that is responsible for the erection of this monument as Christian Rosenkretz (1378-1484).

It is only those with the understand (sic) of the rose and its return who will be capable of deciphering the codes and the keys that are contained herein:

Unto this great mystery shall it in due time be unveiled likened unto… Great portal reads only, “Know thyself.”  Come indeed the bridegroom bearing the knowledge of the perfect… to bring forth the gold and this the purity of the rose..  This monument has now been activated

You are greatly loved mankind.  Once we saw through the glass … shall see face to face.  Do not fear.  We are with you through the

The symbolic meaning of the Burj Khalifa is unambiguous: it is the completion of the second Tower of Babel, a pursuit the Rosicrucians, Freemasons and their ilk have sought for millennia.

Historically, the Rosicrucians were probably formed in Germany by the remnants of the enigmatic and immensely powerful Knights Templar. The Rosicrucians are suspected in later establishing speculative Freemasonry in Scotland.

More openly, Rosicrucians claim to practice magic. They brag that they can travel outside their bodies through a process called “astral projection.” In fact, they claim to not only travel to other planets through astral projection, but also to view the subatomic realm with this occult practice. However, they incorrectly maintained for years that all bodies in both domains were perfect spheres.