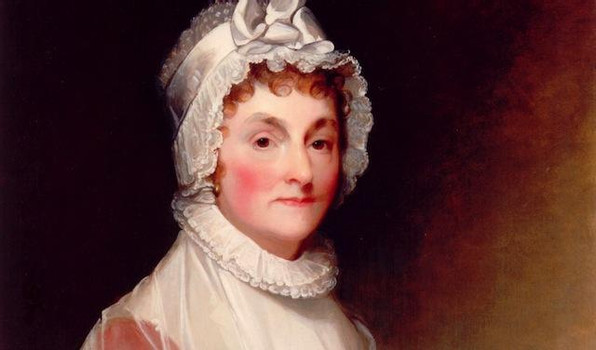 Appears in the textbook in chapter 5 page 122

Historical events that were going at the time was the independence from the United States from Great Britain and signing for the Declaration of independence.

Abigail was born into a wealthy family. Her father was a congregational minister and her grandfather was colonel of the militia and was involved in politics. A significant event that stayed with her was that her brother was allowed to go to college and earn an education while she was married off to John Adams.

During the time her husband John Adams was away, Abigail wrote him letters and tried to convince him to include women and women's rights in the Declaration of Independence. She also wrote letters to one of the only female political writers of that time and was corresponding with her to discuss women's rights. She was advocate for women and girls and wanted them to have the same level of education and rights as them.

Although she was not able to change her husband's mind at the time, girls were eventually allowed to attend school and learn just like the boys. After the revolution, women gained some rights, such as getting a divorce from their husbands, in some states.  During this time, the most powerful people in the United States were rich white men and the laws were catered to them so change or progress was going to be very slow.

One of Abigail Adams' character strength is that she was very outspoken and stood up for what was right to her. For example, she believed women should have the same rights as men and she asked her husband to help get that for her. In her letters she was sassy and spoke in a double meaning just in case people would intercept her letters and try to use them against her. She also teamed up with a political writer who was a women and tried to make change happen. Since she had grown up around politics and married into them she knew what she was talking about when it came to politics so she also a smart lady.

Her weakness was that she was in the spotlight and she did not understand that everything she said or wrote to her husband could be used against her. A newspaper called the Jeffersonian, said she was too outspoken and domineering. She had to end up retiring from the spotlight to avoid being talked about even after she was no longer first lady.

Abigail Adams is remembered as one the first feminist. She saw first hand how women had to take the backseat to men and she wanted to change that. She knew she had a platform and wanted to use it as best as she could to let people know women wanted change. She is deserving of a spot in United States history because she was smart, outspoken, wanted equality at a time where women couldn't ask for rights, and always stood by her husbands side.

https://www.history.com/topics/first-ladies/abigail-adams#section_6 (Links to an external site.)