Azhar Ali takes over in Test, Babar Azam to lead Pakistan in T20 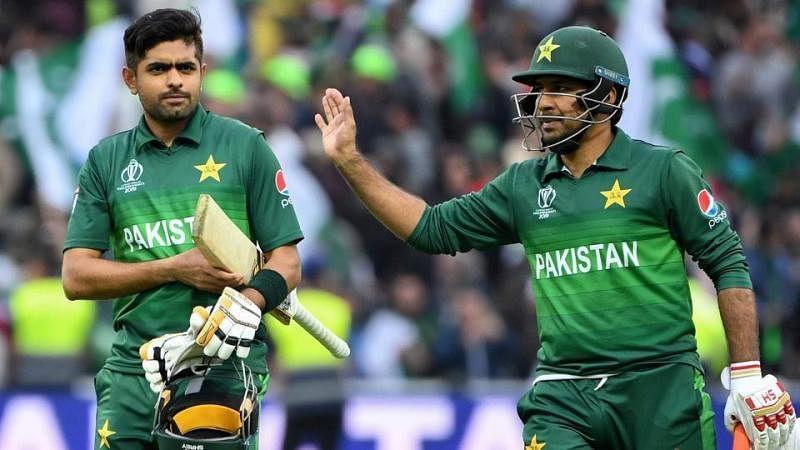 Pakistan Cricket Board announced the awaited decision for the future of Pakistan cricket. Azhar Ali will be taking over in Test cricket while Babar Azam will lead the team in the T20s. The board has sacked Sarfaraz Ahmed as the captain of the national team for his continuous dip in the performance. The former skipper and wicket-keeper batsman has also been dropped from the team in both the formats. It was long expected to happen since Pakistan was ruled out of the ICC World Cup 2019. Sarfaraz Ahmed had been under speculation for quite some time. His bat has been silent while his performance as the gloveman has been average.

In the meantime, the head coach of Pakistan already expressed his views over the matter. He had been firmly vocal about his disliking with Sarfaraz's dipping career.

Azhar Ali has been in the team as a lead batsman for a long time. He has played a total of 126 matches in his career till now. Azhar has featured in 139 Test innings scoring more than 5000 runs.

The 34-years-old cricketer has 15 centuries, three double-centuries and 31 half-centuries. Meanwhile, the young Babar Azam might not have years of experience on him, he has played extraordinarily. He had fulfilled the number three position in the team in the shorter format of cricket. Azam had brilliantly climbed up the stairs of achievement within three years of his debut in international cricket. He has an aggregate score of 1290 runs in total 33 innings in T20 cricket.

The chairman of the Pakistan Cricket Board congratulated the two talented young cricketers. He hoped that the new captains will certainly lead the team to victories in the future.“I want to congratulate Azhar Ali and Babar Azam on their elevations to the most coveted and prestigious jobs in cricket. It is a reward for their continued hard work in strive for excellence and I am sure they, like their predecessors, will make the country proud with their performance, leadership, and sportsmanship,” Mani said.

Pakistan will now be touring Australia where they will play three-match T20 series and two Test matches for the World Test Championship.