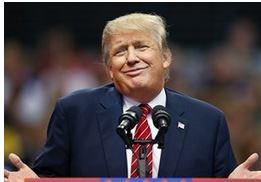 BERKELEY – In a recent Vox essay outlining my thinking about US President Donald Trump’s emerging trade policy, I pointed out that a “bad” trade deal such as the North American Free Trade Agreement is responsible for only a vanishingly small fraction of lost US manufacturing jobs over the past 30 years. Just 0.1 percentage points of the 21.4 percentage-point decline in the employment share of manufacturing during this period is attributable to NAFTA, which was enacted in December 1993.

A half-century ago, the US economy supplied an abundance of manufacturing jobs to a workforce that was well equipped to fill them. Today, many of those opportunities have dried up. This is undoubtedly a significant problem; but anyone who claims that the collapse of US manufacturing employment resulted from “bad” trade deals is playing the fool.

The facts about the declining US manufacturing employment are plain; there are no “alternatives.” The primary culprits are productivity growth and limited demand, which cut the share of nonfarm employees in manufacturing from 30% in the 1960s to 12% a generation later. That share fell further, to 9% because of misguided macroeconomic policies, especially during the Reagan era, when deficit spending and overly tight monetary policy caused the dollar to soar, undermining competitiveness. After this period, the US abdicated its proper role as a net exporter of capital and finance, and less developed economies became net sources of investment funds. Finally, China’s extraordinarily rapid rise pushed the employment share of manufacturing down to 8.7%; NAFTA took it to 8.6%.

I had promised Vox’s editor-in-chief, Ezra Klein, a 5,000-word essay on this topic by late September. I ended up delivering 8,000 words in late January, but the essay still didn’t accomplish everything I had wanted it to. Briefly, I argued that “bad” trade deals are irrelevant to the problem of diminishing economic opportunities, and I outlined how American trade – in fact, industrial – policy should address manufacturing.

I also tried to explain why certain cohorts, from both the left and the right, have long fixated on trade. In fact, as far back as 1993, I have been asking union leaders, members of Congress, and lobbyists who have opposed trade deals why they do not expend the same level of energy on other important issues – including many where common ground could easily be found.

This intransigent opposition remains a mystery to me to this day. The best partial explanation that I have seen starts with the philosopher Ernest Gellner’s cruel observation about left-wing academics. According to Gellner, history blew past them when the politics of nationalism and ethnicity began to crowd out political-organizing efforts centered on class. Politicians seeking to harness populist energy do so by stoking animus toward foreigners, supping with the devil with a very short spoon. But, again, this is only a partial, and ultimately inadequate, explanation.

As for industrial policy, the economist Stephen S. Cohen and I argue in our 2016 book, Concrete Economics, that officials should recognize and capitalize on America’s interlinked communities of producers and their deep institutional knowledge of engineering practices. What’s more, the US should start doing what rich countries are supposed to do: exporting capital and running a trade surplus to fund industrialization in underdeveloped parts of the world.

As Harvard University’s Larry Summers and Barry Eichengreen of the University of California at Berkeley, have observed, it is almost as if Trump’s economic strategy – if one can call his vague and vacillating statements that – has been designed to reduce manufacturing employment in America further. Trump’s policy priorities – fiscal stimulus, corporate tax cuts, possibly a “border adjustment” tax on imports, pressuring the Federal Reserve to raise interest rates – will only strengthen the dollar. And that sends a clear message to domestic manufacturers: you are not wanted.

Of course, Trump will not blame his own incoherent and counterproductive policies for a stronger dollar. He will blame China and Mexico – and he will not be alone. In the US today, some on the left are just as keen as Trump to blame Mexico for the entire decline in manufacturing employment over the past three decades.

That is a big problem for the US and the world. Given the chauvinist politics that often accompany protectionism – and that are a mainstay of Trump’s brand – one might even say that it is a “bigly” problem.