The race between states is on. And it will escalate.

Congratulations to Michigan for leapfrogging every other state in acceleration of the global push for driverless vehicles.

Michigan not only became the first state to allow driverless testing, it also legalized sales of cars with no steering wheel or brake pedal. 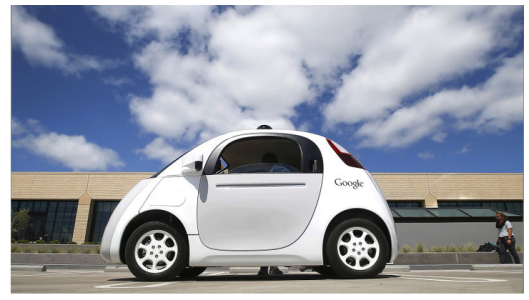 Companies can now test self-driving cars on Michigan public roads without a driver or steering wheel under new laws that could push the state to the forefront of autonomous vehicle development.

The bills allow testing without burdensome regulations so the industry can move forward with potential life-saving technology, said Gov. Rick Snyder, who signed the bills. “It makes Michigan a place where particularly for the auto industry it’s a good place to do work,” he said.

The bills give Michigan the potential to be a leader by giving the companies more autonomy than say, California, which now requires human backup drivers in case something goes awry.

Here are answers to some questions about the laws:

Q: Companies are making a lot of the decisions in putting the cars on public roads. Why does the state think they’ll be safe?

A: Michigan Transportation Director Kirk Steudle says the laws put Michigan ahead of most other states with the possible exception of Florida in specifically allowing tests without a human driver. Companies, he said, will make the decision as to when the cars are ready for that, based on more than a century of experience of testing cars on public roads. Automakers have a long history of testing cars on public roads in Michigan with few, if any, incidents, Steudle says. The cars also have to comply with federal safety standards and may have to be certified as roadworthy by the National Highway Traffic Safety Administration if proposed federal guidelines are adopted. “I don’t want to regulate the vehicles. There is nobody in state government that has any knowledge to be able to say that vehicle is ready to go on the road,” Steudle said. If the vehicles crash, Steudle says they would be governed by Michigan’s no-fault insurance laws that require each driver’s insurance to pay for damage. The companies also could be sued under product liability laws, he says. The self-driving laws also allow only reputable companies such as automakers and tech companies to do tests, Steudle says. “These are responsible parties,” says Snyder.

Q: Does this put the state ahead in allowing self-driving vehicles on public roads?

A: Michigan Transportation Director Kirk Steudle says the laws put Michigan ahead of most other states with the possible exception of Florida in specifically allowing tests without a human driver. Companies, he said, will make the decision as to when the cars are ready for that, based on more than a century of experience of testing cars on public roads. Steudle says yes because the laws specifically authorize use without human drivers. He also says Michigan has an advantage over Florida and warm-weather states because companies can test in snow. But Bryant Walker Smith, a law professor at the University of South Carolina who tracks the technology, says Florida has almost no restrictions. Other states, he said, don’t expressly prohibit such testing and have agreements with individual companies to do it. Michigan’s laws also make defining who is a driver ambiguous, he said. Drivers could be companies running autonomous taxi services, engineers who start autonomous vehicles, passengers who ride in the cars and the automated systems themselves, he said.

A: Police will investigate any crashes and presumably would report any trends to the state, which could suspend a company’s manufacturer license plates and end the tests, Steudle says. He concedes that there will be crashes and probably a fatality involving autonomous cars. But the technology can eliminate human errors that cause 94 percent of crashes and cut the 100 highway deaths in the U.S. every day, he said. “It’s a risk worth taking because the future of the technologies we know are going to help reduce those crashes and reduce those fatalities,” Steudle said.

That was a very commonsense Q & A by  Michigan Transportation Director Kirk Steudle.

No brake pedal? No steering wheel? No problem!

Michigan went red in the last presidential election, it has a Republican governor, and the GOP has control of both houses of the state legislature. But the Wolverine State has just enacted the most progressive autonomous driving laws in the country. Counterintuitive, we know.

Governor Rick Snyder signed the new laws into action today, in a move backed by the Detroit Three, Toyota, tech giant Google, and ride-sharing kings Uber and Lyft. As we reported when the bills originally passed through the Michigan Senate in September, the new laws mean autonomous vehicles can operate on any road in the state, at any time, and by anyone. Or no one.

Michigan’s laws are unusual compared to Florida or California because they give companies the right to sell cars without traditional controls, like steering wheels or pedals. That’s great news for Google and its mouse-like autonomous vehicle, but it’s equally important as companies across the tech and automotive industries race to deploy fully autonomous ride-hailing services – Michigan has just become ground zero in the quest to kill the cabbie and fill American roads with robo taxis.

California will be forced to react to Michigan leapfrogging them in two areas. If California does not quickly approve similar legislation, testing will move to Michigan.

Expect other states to compete as well.

My assessment, made several years ago that millions of long-haul truck driving jobs will vanish in the 2022-2024 timeframe looks increasingly pessimistic by the month.

2022 is now nearly a given for long-haul trucking jobs to vanish. 2021 or sooner looks increasingly likely.