The Taming of Trump 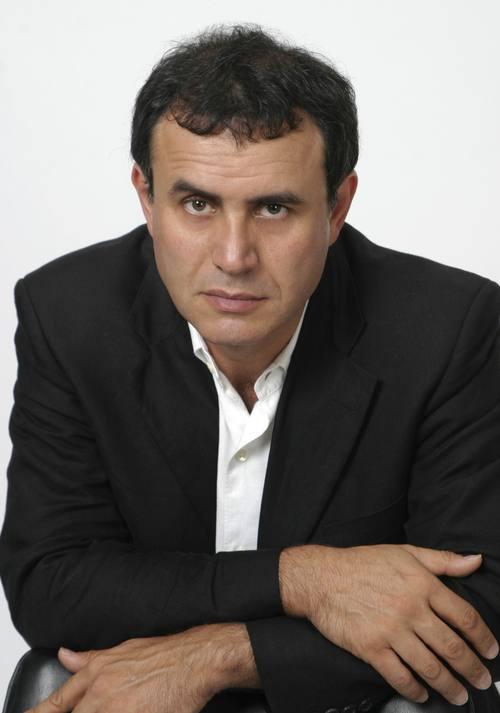 NEW YORK – Now that Donald Trump has unexpectedly won the US presidency, it is an open question whether he will govern in accordance with his campaign’s radical populism, or adopt a pragmatic, centrist approach.

If Trump governs in accordance with the campaign that got him elected, we can expect market scares in the United States and around the world, as well as potentially significant economic damage. But there is good reason to expect that he will govern very differently.

Overall, a radical Trump would significantly increase the US budget deficit. He would sharply reduce income taxes on corporations and wealthy individuals. And while he would broaden the tax base, increase the carried-interest tax, and encourage companies to repatriate foreign profits, his plan would not be revenue-neutral. He would increase military and public-sector spending in areas such as infrastructure, and his tax cuts for the rich would reduce government revenue by $9 trillion over a decade.

A radical Trump would also drastically change the current monetary-policy approach – first by replacing US Federal Reserve Chair Janet Yellen with a monetarist hawk, and then by filling current and upcoming Fed Board vacancies with more of the same. Moreover, he would repeal what he could of the 2010 Dodd-Frank financial reforms; gut the Consumer Financial Protection Bureau; cut alternative-energy subsidies and environmental regulations; and slash any other regulations that supposedly hurt big business.

Finally, a radical Trump’s foreign policy would destabilize America’s alliances and escalate tensions with rivals. His protectionist stance could incite a global trade war, and his insistence that allies pay for their own defense could lead to dangerous nuclear proliferation, while diminishing American leadership on the world stage.

But it is actually more likely that Trump will pursue pragmatic, centrist policies. For starters, Trump is a businessman who relishes the “art of the deal,” so he is by definition more of a pragmatist than a blinkered ideologue. His choice to run as a populist was tactical, and does not necessarily reflect deep-seated beliefs.

Indeed, Trump is a wealthy real-estate mogul who has lived his entire life among other rich businessmen. He is a savvy marketer who tapped into the political zeitgeist by pandering to working-class Republicans and “Reagan Democrats,” some of whom may have supported Vermont Senator Bernie Sanders in the Democratic primary. This allowed him to stand out in a crowded field of traditional pro-business, pro-Wall Street, and pro-globalization politicians.

The traditional Republicans and business leaders Trump will likely appoint will then shape his policies. The executive branch adheres to a decision-making process whereby relevant departments and agencies determine the risks and rewards of given scenarios, and then furnish the president with a limited menu of policy options from which to choose. And, given Trump’s inexperience, he will be all the more dependent on his advisers, just as former Presidents Ronald Reagan and George W. Bush were.

Trump will also be pushed more to the center by Congress, with which he will have to work to pass any legislation. House Speaker Paul Ryan and the Republican leadership in the Senate have more mainstream GOP views than Trump on trade, migration, and budget deficits. Meanwhile, the Democratic minority in the Senate will be able to filibuster any radical reforms that Trump proposes, especially if they touch the third rail of American politics: Social Security and Medicare.

Trump will also be checked by the American political system’s separation of powers, relatively independent government agencies such as the Fed, and a free and vibrant press.

But the market itself will be Trump’s biggest constraint. If he tries to pursue radical populist policies, the response will be swift and punishing: stocks will plummet, the dollar will fall, investors will flee to US Treasury bonds, gold prices will spike, and so forth. If, however, Trump blends more benign populist policies with mainstream pro-business ones, he will not face a market fallout. Now that he has won the election, there is little reason for him to choose populism over safety.

The effects of a pragmatic Trump presidency would be far more limited than in the radical scenario. First, he would still ditch the TPP; but so would Hillary Clinton. He claimed that he would repeal NAFTA, but he will more likely try to tweak it as a nod to American blue-collar workers. And even if a pragmatic Trump wanted to limit imports from China, his options would be limited by a recent World Trade Organization ruling against “targeted dumping” tariffs on Chinese goods. Outsider candidates often bash China during their election campaigns, but quickly realize once in office that cooperation is in their own interest.

Trump probably will build his wall on the Mexican border, even though fewer new immigrants are arriving than in the past. But he will likely crack down only on undocumented immigrants who commit violent crimes, rather than trying to deport 5-10 million people. Meanwhile, he may still limit visas for high-skill workers, which would deplete some of the tech sector’s dynamism.