World of Warcraft Guide: An Introduction for Beginners

It is a fact that the Warcraft game series is one of the best selling, most popular, vastly accepted series of computer games in the history of mankind. Here are a few tips if you are just entering the magical World of Warcraft.

It is a fact that the Warcraft game series is one of the best selling, most popular, vastly accepted series of computer games in the history of mankind. Especially the multiplayer version of the game titled "World of Warcraft" has been and it still is the top role playing/action game as we speak. Here are a few tips if you are just entering the magical world of warcraft.

If you are an honest individual/internet user you will legally purchase the game instead of downloading a pirate copy or a hacked version through the various download/sharing networks. Then you will discover that there are four discs, a comprehensive manual and a few other stuff like maps and logos. Regardless of where you found the game, you must install it to your personal computer in order to play it. The installation is pretty straight forward and it will guide you through the creation of your first world of warcraft account. This will be your game account. 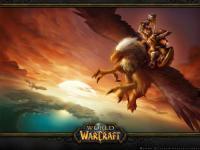 In order to start entering the action of the world of warcraft you have to join one of the various game servers around the world. That's when the real magic of the game begins. There are a series of world of warcraft servers with different attributes, rules and action types spread around the world. These servers are called realms. Not all servers are good for beginners. It is wise to start experimenting with the game play in a server for beginners and then move on to a server for advanced players. In order to join the servers you usually have to pay a typical monthly subscription but there are servers for beginners where you can join for free.

A few words about the world of Azeroth now, which is the actual place/land where the game is taking place. This is a fictional world which is vast and beautiful, surrounded by myths and legends of warriors, spirits, magicians and monsters. It is a world where hunger for gold, fame and knowledge prevails. This world could be a resemblance of our real earth world at medieval times. There are three big continents in Azeroth with cities, villages, castles and dungeons, forests, rivers and all sorts of structures.

There are also a lot of entities in the world of warcraft. Each of the three continents is inhabited by different races. For example in the eastern continent lies the kingdom of the Alliance of the humans the gnomes and the dwarves. Kalidmor on the other hand, which is one more of the continents, is the home of the evil orcs and trolls. The orcs and the trolls along with another race called the taurens, form the Horde. The Alliance and the Horde are in constant war.

When you start the game you have to choose sides. You will either join the forces of the Alliance or the forces of the Horde. Then you will have to create your own special character by choosing one of the nine classes of characters that exist in the world of warcraft. Each class possess different skills, attributes and talents inside the game. For example a hunter or a warrior is not the same as a druid or a mage. This part of the game is the most important. Choosing the right class the fits your own personality or skills will help you while you move on. 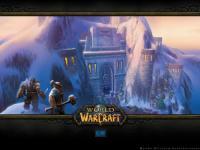 As you begin your quest in the of world of warcraft, your goal should be to gather as much gold as possible and to start gaining battle experience by defeating lesser monsters and other creatures. As you progress you will encounter different creatures and greater monsters. In order to defeat those you will need the help of other individuals. That is the secret to succeed in the game. You must form a strong team of characters/people that will fight together and will stay united at all costs. If you can't form a team of your own it might be a good idea to join an existing team of characters controlled by different people around the world.

If you have played similar action/role playing games then you will find the controls of the game are pretty easy to follow. You must know how to use your keyboard and your mouse to take advantage of the three dimensional environment that world of warcraft offers. Even if you've never played such a game before you will see that the game play is straight forward and not difficult at all to understand and learn. This is one of the reasons world of warcraft became so popular after all.