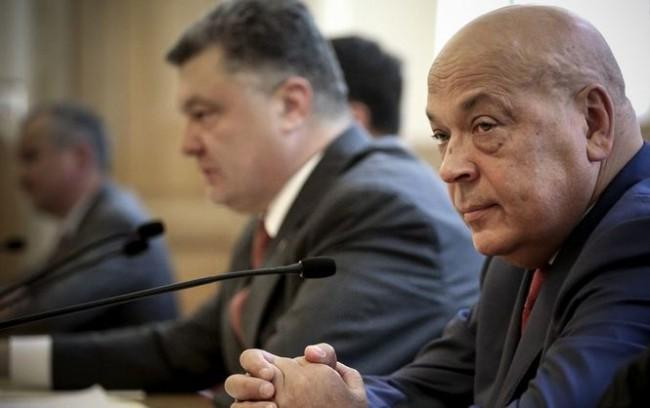 Realizing that the situation in the eastern part of Ukraine has reached its deadlock, Kremlin seeks to take a different approach by unleashing destabilization campaign in the completely opposite region, which is by the way unrelated to Donetsk and Lugansk regions. This very region has a tough criminal situation and complicated inter-ethnic relations due to historical circumstances.

In addition, Transcarpathian region shares its borders with three EU member-states, that’s why a strained situation resulting from the armed encounter in Mukachevo may affect the whole foreign policy situation around Ukraine, armed conflict in the eastern part of the country as well as compromise Western perception in terms of Ukrainian government being capable of sticking to the Euro-Atlantic course chosen by the majority of people. Kremlin experts are aware of this, and that’s what they are staking on.

In such complicate circumstances Ukraine is doing its best for the third force (read – Russia) was incapable of exploiting objective hardships, existing in the region.

Not long ago President Poroshenko displaced all the representatives of the local authority of the Transcarpathian region, including heads of internal affairs office and security service office in Transcarpathia. The appointment of the retired general Hennadii Moscal to the position of the Head of regional administration should be particularly accentuated, providing he had already occupied this position in the 90s. This appointment comes from the fact that Hennadii Moscal, as a person having served for almost all his live in the Western part of Ukraine, is keen on peculiar aspects and pitfalls in the region. He is aware of the forces Moscow can refer to in order to undermine stability in the region.

H. Moscal and national authorities will draw special attention to the ethnical issues. Although the majority of local population in Transcarpathia are ethnic Ukrainians, there are about 150 thousand Hungarians, 32 thousand Romanians and 6 thousand Slovaks residing in the area. For instance, Hungarian community dispose of broad rights of self-government in the capital of Hungarian culture in Transcarpathia – the town of Beregovo. In this town, almost all the signs are written in Hungarian, the locals speak primarily Hungarian, and a range of local newspapers are published in this language. Moreover, several schools also operate in Hungarian. In terms of Romanian and Slovak communities the situation looks similar.

Special attention high officials pay to the ethnical issues is conditioned by the fact, that the favorite trick of Kremlin engineers is stoking controversy on the lingual and cultural basis, certainly involving confrontation of representatives of diverse ethnic groups. Bearing it in mind, local authorities will strive to provide maximum security of national minorities for they could exercise all the rights foreseen by the Constitution and Laws of Ukraine.

All in all, Moscow will not succeed in inciting any marginal ethnic groups to invoke Hungary or Romania to protect their compatriots in Ukraine. It’s high time for Kremlin to understand that their card consisting in intention to disintegrate Ukraine by exacerbating inter-ethnic problems has already been beaten.