Use of the so-called "soft force" by the Russian Federation poses serious threat to security of the Baltic States and contradicts their national interests. 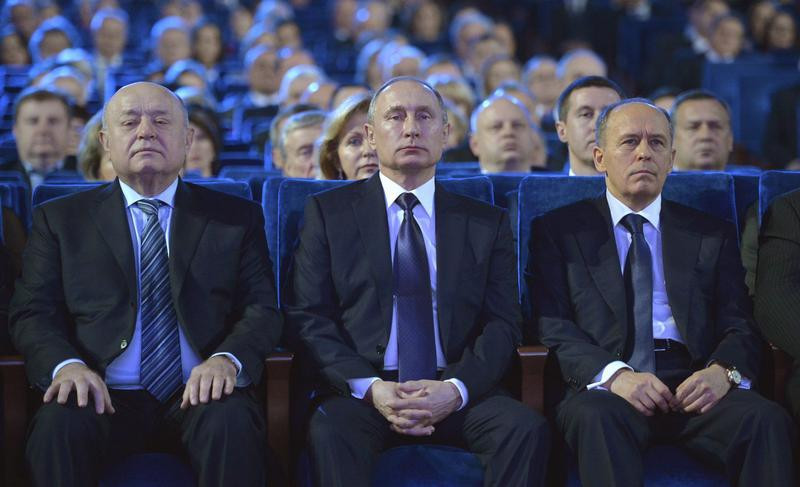 Use of the so-called "soft force" by the Russian Federation poses serious threat to security of the Baltic States and contradicts their national interests. In particular, Russia frequently uses various methods of influence on Russian-speaking youth, with an eye to their further involvement in exercise of political power and possible support of pro-Kremlin policy in these states. To this end Russian security services engage the cultural centres such as, for example, "The Russian House" (regular designation of the centres promoting Russian culture abroad) and representative offices of the Rossotrudnichestvo which actually is a shield for intelligence activities and special operations abroad. Working under the shield is proven, highly convenient and, subsequently, extensively used form of engagement of Russian FSB and SVR staff abroad. Officers of these security services took fancy to the Rossotrudnichestvo in their activities as long as organisation is represented more than in 80 countries all around the world.

Gathering information about candidates for "exchange programs" is not only a legitimate part of official and lawful activity, but also highly convenient way of searching and recruiting agents. Thus, for example, school graduates, especially those of them, who have good recommendations from representatives of the pro-Russian organizations in the Baltic States, are proposed to get free higher education in Russia through the intermediary of Rossotrudnichestvo. Moscow also refunds excursions to Russia and stay in youth camps where students in addition to recreation may become acquainted with history of Russia, familiarize themselves with their political life, and study the basics of political strategies, public relations and military arts. Without a doubt, in the long run such camps set a goal to bring up generation of youth in the Baltic States which is loyal to Russia and developed system of values and ideology alien to their states.

Overload of Russian FSB and SVR representatives in Rossotrudnichestvo irritates even the officers of the ideological apparatus of the Russian Federation who are dissatisfied with a distortion of Rossotrudnichestvo’s activity for the benefit of security services. In this regard an interview with Tatyana Poloskova, the First Class State Councillor of Russia, professor of the Diplomatic Academy of the MFA of Russia, member of the Expert Advisory Board in Public and Humanitarian Programs at Rossotrudnichestvo, President of the interregional social movement Eurasian National Union, editor-in-chief of the Latin American editorial office of REGNUM informational agency, to Russian media (http://agentnews.ru/politika/rysskii-gambit-razvedki.html) has an indicative value. She is outraged by "congestion, above any reasonable limits, of FSB and SVR staff in foreign offices of Rossotrudnichestvo". In her interview dedicated to issue of a new book "Triumph of Cattle" which is a sequel of her sensational "Cattle on Parquet" published in 2014, the author describes an internal situation in Rossotrudnichestvo in its true colours, putting it clear that her book affects interests of a good many. In particular, she discusses extremely unfavourable effects of the Russian security agencies’ intervention in Rossotrudnichestvo’s activity. According to Tatyana Polozkova, activity of security agencies and corruption in their ranks impede Rossotrudnichestvo in achieving goals and actually blocks primary activity of its representations abroad.

Here is an excerpt from her interview:

"Rep.: In your opinion, what will be the response to a release of your book expressing such rather radical ideas?

T.P.: I would not call them radical - rather, escalated. It is difficult to ascribe its authorship either to me personally, or to the whole group of authors working on the book. They have developed in public conscience long ago and break free. We simply expose to sound all the things that people are thinking about for a long time, in which they recognise immediately their reflections.

Along with it, our book will definitely touch upon the interests of a good many. In particular, we are going to bring up for discussion extremely unfavourable effects of Russian security services’ intervention in Rossotrudnichestvo’s activity.

Naturally, the mission of security services, the Ministry of Foreign Affairs and Rossotrudnichestvo are completely incompatible. Engagement of the security service officers in a number of Rossotrudnichestvo departments above any reasonable limits suppresses their primary activity. Security services secretly collect information and carry out special operations which is incompatible with free consolidation of persons supporting rapprochement with Russia and with their vigorous activity.

Reporter: May you specify these departments?

T.P.: Yes, sure. Moreover, basically that is the main reason why I agreed to give an interview to your edition, though not unhesitatingly. Such a decision was determined by the circumstances that information about preparation of our book appeared in the web and that seem quite strange for me.

Today the managerial influence of Rossotrudnichestvo, as well as MFA on the operation of key, high priority offices of the former is reduced in general to such an extent that it may be considered nominal. Among them there are Russian centres of science and culture in Vienna governed by Yuriy Zaytsev; in Budapest – governed by Valery Platonov; in Berlin – by Pavel Izvolsky; in Athens – by Alexander Homenko; in Madrid, where Mikhail Hodyakin was replaced recently by Eduard Sokolov; in Luxembourg - Vladimir Sokolov; in Warsaw - where Igor Proklov was replaced by Igor Zhukovskiy; in Prague - Andrey Konchakov, yet in deputy rank; in Kiev - Konstantin Vorobyov; in Ankara – where Enver Sheykhov replaced Natig Guliyev; embassy in Vilnius where Rossotrudnichestvo is represented by Matvei Dryukov. All these people had specific reputation which has nothing to do with assisting centres in operation. To cut a long story short, “everyone knows they are from FSB”. Naturally, nobody will try to prove it, though in receiving states this label is pinned on them inseparably.

The only fact that the government official of the Russian Federation of such a scale as Tatyana Polozkova who is distressed about blatant corruption and domination of security agencies in Rossotrudnichestvo system has to draw the attention of the authorities of the Baltic States to the activity of this organization. Perhaps it is a time to take decisive actions and put an end to this malignant growth of the ‘Russian world’ and a hotbed of the net of Russian agents in the Baltic.